According to the father of adaptive leadership Ronald Heifetz, solving adaptive challenges requires you to have what he calls “political clout.” The more political clout you have, the more power, support, and influence you have, and the less people will resist you.

Here are six techniques to increase your political clout.

In his book The Practice of Adaptive Leadership, Ronald Heifetz (co-authored with Alexander Grashow and Marty Linsky) suggests the following approaches for increasing your political clout:

The more informal authority you have, the less you have to break expectations when exerting authority, and the more likely you are to be part of many factions with overlapping interests. All of this will make adaptive leadership easier.

To increase your informal authority:

Before you announce your change initiative, whether that’s a formal announcement or just bringing up the idea in a meeting, you should recruit allies to support you. You especially need allies when you’re dealing with a group of more than 20 people because the political relationships will be complicated and you won’t be able to manage them by yourself.

Keep in mind that your allies are loyal to other people and perspectives too—your allies won’t necessarily prioritize your needs over their other allies’.

The third political-management technique is to manage senior leaders, who have the potential to greatly help or hinder the change initiative.

1. Determine how they individually feel about the adaptive challenge. Because adaptive change involves a human element, feelings and emotions will come into play.

2. Warn them about the chaos you’re about to unleash. Once your change initiatives start creating discomfort, people are going to want to talk to senior leaders about you. People might complain to leaders, ask leaders to step in and stop the initiative, or even ask leaders to fire you. If you give the leaders advance warning that all this will happen, they’ll be prepared for sabotage attempts.

3. Use their knowledge and perspective as progress indicators. Senior leaders have a high-level view of both the external and internal overall environments you work in. They can take a step back for you and tell you how the initiative is affecting the organization and how much more chaos it can stand. If they’re not chatty, you can also get this information by observing how they talk about the initiative, how they talk to you, and how they wield their political power.

Technique #4: Empathize With the Opposition

The fourth technique is to manage those who oppose your proposed solutions to the adaptive change. To do this, you need to be aware of what’s going on with them—get close to them, solicit feedback, tell them you value their input, and listen. Find out how much discomfort they’re experiencing and if they’re reaching a breaking point.

To manage your opponents:

Empathizing with the opposition comes with some potential pitfalls:

Even though empathizing comes with consequences, you should do it because:

For example, President Ford expected the Veterans of Foreign Wars of the United States to oppose his decision to grant limited amnesty to protestors of the Vietnam War. To head it off, he personally delivered the news to the group in advance of announcing it publicly.

The fifth technique is to accept that your change initiative is the reason people have experienced loss. Spend time with the people who suffer losses, empathize with them, and help them endure or recover from the loss.

This has three potential benefits:

Technique #6: Listen to the Troublemakers, Naysayers, and Skeptics

In every organization, some people are perpetually contrarian—they’re negative, critical, or unrealistic, or steer the conversation in an entirely different direction than what everyone is agreeing on. The sixth technique is to listen to these people—they’re often irritating, but they’re also early-warning systems, and they’re not afraid to ask hard questions. Therefore, they provide potentially more complete and accurate information than others about the adaptive challenge.

Give troublemakers space to speak by:

The following five tables will help you get a handle on who plays which roles (ally, opponent, and so on) when it comes to adaptive challenges. Fill out each table and add as many rows as needed:

How to Create an Impactful Personal Online Presence 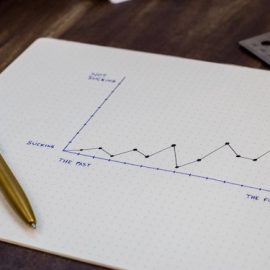 Scaling Up: Rockefeller Habits for the 21st Century 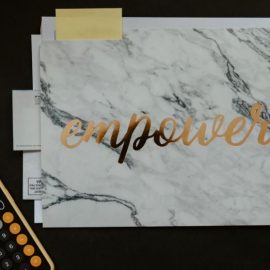