How would you explain the meaning of life? What’s the logic behind your meaning-of-life story?

Throughout human history, people have come up with countless stories to explain the meaning of life. Interestingly, it doesn’t seem to matter to most people if their stories are logically sound. As long as they give their life a function and conceptualize it within a larger scope, the explanation is deemed satisfactory.

Keep reading to see how people attempt to explain the meaning of life using storytelling and consider the logical flaws of these explanations.

How Do You Explain the Meaning of Life?

People are driven to uncover their reason for being, and they tend to explain the meaning of life by telling stories, for example:

Each of these explanations has logical holes in it. For example, if you believe that you are part of an eternal circle of life, have you taken into account the fact that eternity will stretch far past human existence? How would you explain the meaning of life in a world without life? Or, if you’re a Zionist and your meaning-of-life story begins with Judaism and the Jewish people, was there no meaning to life during the nearly 2 million years of human existence prior? Ultimately, it doesn’t matter to most people if their stories can explain the meaning of life in a logical sense—the story just needs to have two features:

Many people believe that, as long as they leave behind some kind of legacy, their life will have meaning. Legacies can be:

This explanation gives people the comfort of believing that, as long as something exists to keep their memories alive, their lives will have been worth remembering. However, there are holes in this logic, as well. First, cultural legacies are easily lost, destroyed, or made irrelevant as time goes on. Second, there’s no guarantee that a person’s family line will live on for centuries, let alone eternity—and if they do, there’s no way to know how or whether future descendants will make their lives meaningful. Third, acts of kindness don’t have inherent meaning; if a person’s purpose is to help others, what is the purpose of those other people’s lives?

Some people don’t try to find meaning that will last beyond their lives. Instead, they believe that their purpose is to find true love. While this may not be meaningful to anyone else in the world, it feels meaningful to the people involved—or, at the very least, being in love distracts people from worrying about the meaning of life.

An individual’s various identities often contradict, but humans are so good at compartmentalizing their identities that they generally don’t even notice or acknowledge the contradictions. For example, a conservative activist who’s also a devout Christian is likely to vote against welfare programs and in favor of maintaining gun rights—however, these stances go against the teachings that Christians should help the poor and opt for nonviolence.

If most people really examined their meaning-of-life stories, the stories would fall apart. But that doesn’t matter to most people, because:

If these factors explain why humans are compelled to believe these stories, then how, exactly, do people build their faith in them? The answer is ceremonies, rites, and rituals that turn the mundane into something mystic, which gives the sense of making a fictional story real. Rites and rituals have a place in most institutions, including:

Rites and rituals don’t necessarily bring you closer to finding truth—in fact, they do the opposite by building your belief in a fiction. However, rituals create social stability and harmony among the people who participate in them together.

Sacrifice Is a Powerful Ritual

Sacrifice is the most powerful ritual of all, because it involves a form of suffering, which is undeniable. In other words, why would you sacrifice—or suffer—if the reason for your sacrifice weren’t real? In reality, people sacrifice for fictional reasons all the time, but the false logic is enough to convince believers that their sacrifices prove truth. Most dogmas and belief systems create ideals that are nearly impossible for people to reach, so sacrifices offer a way for people to prove their faith when they inevitably fall short of their high ideals.

Sacrifice can involve fasting during Ramadan or foregoing meat on Fridays during Lent, both of which are meant to make followers lean on God in their suffering, thereby increasing their faith. Once you’ve made a difficult sacrifice, you commit to the purpose even more, if for no other reason than to prove that your suffering wasn’t in vain. This phenomenon is even common in shopping. For example, if you buy an expensive car, you’re likely to gush over it and downplay its shortcomings because you don’t want to believe that you wasted your money.

There are two forms of sacrifice:

You Make Your Life Meaningful

Modern culture places a premium on people’s freedom to maintain multiple identities and subscribe to various meaning-of-life stories. However, liberalism (although it’s going out of style, as we discussed) says that if you evaluate all the different stories, you’ll eventually realize that none of them can explain the meaning of life. These stories don’t give meaning to your life—instead, you assign meaning to your life and experiences. Religion is only sacred because humans believe it to be. The universe is only mighty and beautiful because humans attach their feelings to it. You don’t need a story to prove that your life is meaningful—it’s meaningful because you give it meaning.

From that standpoint, the liberal story promotes two causes:

The freedom to create your identity and assign meaning to your life brings into question the free will that drives your creativity and your fight for freedom. As discussed earlier, science shows that your free will is actually the expression of biochemical signals bouncing between neurons and the regurgitation of social and cultural influences. While it’s true that you have the free will to do what you want, you don’t have the free will to decide what you want in the first place. For example, a gay man has the free will to be with another man, but not to choose to be attracted to women.

Some people assume that if you discard the notion of a free will, you’ll sit idly as life happens to you. However, the opposite is true: Once you realize that your thoughts, feelings, and desires don’t define you—they simply reflect your biochemical activity and external influences—then you have the opportunity to explore what does define you. This is a difficult process that forces you to question your internal narrator, because you now know that the narrator is being hacked by advertising and brain signals.

Buddhists: Life Has No Meaning

While liberalism tells people that they are responsible for giving meaning to life, Buddhists declare that there is no meaning. Life simply is what it is, and there’s no purpose in assigning meaning to it.

Buddhism says that three things are true of life:

According to Buddhism, human suffering is the result of unrealistic expectations. People hope for things to stay the same, or to last forever, or to completely satisfy them—and, inevitably, those hopes fall flat. By contrast, if people can let go of their attachments to things and their insistence on assigning meaning to everything, they can finally feel peace. As we’ll talk about in the next chapter, meditation reinforces the principle that there is no deeper meaning to life by focusing on simple physical actions and sensations—your exhalation has no deeper meaning than releasing air from your body.

The Spiritual Heart: How This Chakra Functions 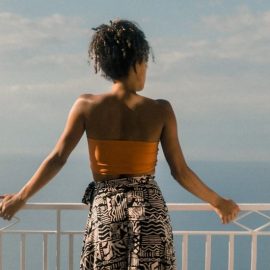 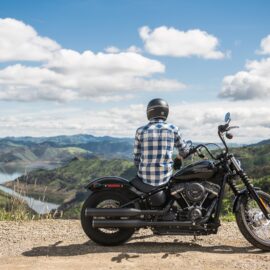 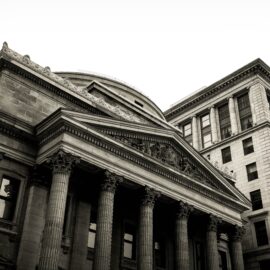