Rob Strasser was an attorney on a critical lawsuit between Nike and Onitsuka. He did such an impressive job that Phil Knight hired him to be in-house legal staff.

Later, Strasser signs Jordan to Nike and creates the Air Jordan brand. But he gets a bit too ambitious and leaves Nike for their rival Adidas, a move that Nike founder Phil Knight never forgave.

As expected, Onitsuka files a suit for breach of contract in Japan. Nike quickly files against them in the United States. Phil is deposed, and some facts don’t look great, like his memo about hiring a spy in Onitsuka, and stealing Kitami’s folder from his briefcase to find he was courting distributors. Despite this, Phil has a legal team he trusts, including Rob Strasser, and who insist they’re going to win.

The trial with Onitsuka begins in April in Portland on the matter of breach of contract and ownership of trademarks. Over several days, members of Blue Ribbon and Onitsuka are interviewed as witnesses. The stance of Onitsuka is that Blue Ribbon had always engineered a con, employing spies and deception to string them along until they could cut Onitsuka out.

Blue Ribbon has a rocky path to winning. Phil Knight gives questionable testimony about stealing from Kitami’s briefcase and nurturing a spy within Onitsuka (Fujimoto). A former store manager, Bork, has turned traitor and joined Kitami’s team, and he feeds them surgical questions to expose Blue Ribbon’s operations. Bowerman, out of contempt, hasn’t prepared and fumbles through his testimony. And Kitami lies about his movements, claiming he was only exploring distributors for market research, and the idea for Onitsuka to buy Blue Ribbon came from Phil Knight.

But there are silver linings. Iwano, Kitami’s young assistant, testifies honestly that there was a fixed plan to break Blue Ribbon’s contract, and Kitami had discussed it many times. And Kitami suspiciously requests a translator despite his fluent English, and even corrects the translator In English a few times.

Weeks later, the judge has a ruling. He will rule only on the trademarks and not on the contract breach, for reasons not explained. He says ultimately Blue Ribbon’s testimony seems more truthful – Iwano seemed honest, whereas Kitami seemed to practice active deception, especially with the translation. The judge rules that Blue Ribbon keeps all rights to the shoe names Boston and Cortez, and Blue Ribbon is due damages. He will decide damages over a few days.

Phil and the Blue Ribbon legal team are ecstatic. They weren’t expecting a win. A week after the ruling, Onitsuka pre-empts the judge’s damages by offering a settlement of $400,000. Blue Ribbon takes the deal. They sign the papers with Kitami present, and as they leave they awkwardly take the same elevator down.

The lead attorney on the case, Rob Strasser, impresses Phil so much that they recruit him to be in-house counsel for Blue Ribbon.

There are countless more difficulties to resolve – a larger warehouse on the East Coast, a larger scale advertising agency, new endorsements for more sports. But Phil gets through it with his ragtag team of Woodell, Johnson, Rob Strasser, and Hayes. They call each other and the team Buttface. The joke is, in how many successful companies can you yell, “Hey, buttface,” and the team turns around?

Strasser (the lawyer who guided them through the Onitsuka trial and took on active roles in signing endorsements) dies in 1993. But before this, they have a falling out. Strasser was instrumental in signing Jordan and creating the Air Jordan brand. This success got to Strasser’s head, and he didn’t want to take orders from anyone. After clashes, he quit and went to Adidas, a betrayal that Phil never forgave. (They did, however, hire his daughter, Avery Strasser.) 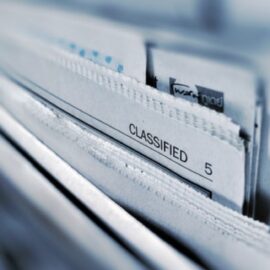 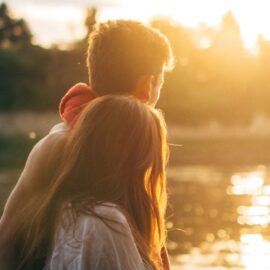