Before Nike, Phil Knight started his shoe career selling imported shoes from the Japanese company Onitsuka, not by manufacturing his own. He sold his first shoes at track meets out of the trunk of his car, and their design and quality become a hit.

Over time, frictions with the Japanese company over distribution rights, slow shipments, and creating new shoe designs forced him to found Nike. If they’d kept their partnership amiable, Phil might have kept working with Onitsuka, and Nike might never have happened.

Learn the history of Nike and Onitsuka’s painful business relationship, from the beginning of Nike.

Phil Knight has graduated from the University of Oregon and earned an MBA from Stanford, and he doesn’t know what to do. He is 24.

The executives are excited. They’ve been thinking about entering America for a long time, they say. They show him models of Tiger shoes that have promise. Finally, they ask Phil whether Blue Ribbon would be interested in representing Onitsuka in America. Phil accepts. He asks them to send samples to his address in Oregon.

Six months after he first left for Hawaii, Phil Knight returns home to Oregon. He greets his family warmly, but he’s concerned about one thing – have the shoes from Onitsuka arrived?

He sends a letter to Onitsuka, and they reply promising the shoes will come in a couple of days. In the meantime, he needs a job.

Phil Knight sells shoes the best way he knew how – going to track meets and showing the shoes to runners, coaches, and fans. His pitch: Japanese manufacturing makes high-quality shoes for extremely low prices. Word spreads fast – sales are so good, strangers show up at their house to buy Onitsukas. Just a few months later, they sell out of their shoes and order a bigger shipment of 300 shoes.

But suddenly, turmoil strikes in the form of a letter. A high school wrestling coach on the East coast claims that he’s met with Onitsuka’s senior management and has been made exclusive American distributor – Blue Ribbon was infringing on his rights. Perplexed, Phil writes to Onitsuka. No response.

After months of waiting, and with no shoes to sell, Phil makes a last-ditch trip to Japan to resolve the dispute, one way or another. He flies to Japan and books a meeting. He’s tremulous, knowing that his future could be decided here.

In a preliminary first meeting, Phil launches into an impassioned plea saying the 13 West states are his, his company’s growth is strong, and that Onitsuka is honor-bound to continue their agreement. His Japnaese counterparty stoically says he’ll be in touch as he leaves.

The next day, he’s scheduled for a meeting with the founder of the company, Mr. Onitsuka himself. The founder says he sees himself in the young Phil Knight. After a pause, Mr. Onistuka grants sales of track shoes in the Western states to Phil, while the wrestling coach can sell his wrestling shoes nationwide.

Fearing the worst from all these problems, Phil decides to hedge his bets by returning to accounting at Price Waterhouse. He doesn’t love the work, but it pays the bills.

One of Johnson’s customers says that he can start getting Tiger running shoes from another seller – a wrestling coach somewhere in the East Coast. That same wrestling coach from 1964 who was supposed to stick to wrestling shoes.

This simply can’t do. The wrestling coach is stepping on Blue Ribbon’s turf, capitalizing on all the hard work they’ve done building brand recognition for Onitsuka.

Phil flies to Japan immediately to meet with Onitsuka. (Financially, this is no small feat – he doesn’t have the money, so he puts the charge on his credit card.) He has a new contact – a slick looking man named Kitami. They settle into a large conference room with other executives.

Phil lays out his case. They’d been doubling their sales each year and projecting $84,000 in sales in 1967. He’d like to become Onitsuka’s exclusive US distributor for track and field. Kitami rebuffs him. They want someone bigger, more established, with nationwide offices. Phil counters that not only do they have a new retail shop in Los Angeles, they have offices on both coasts.

(Phil Knight was lying – they didn’t have an East Coast office.)

After some deliberation, Onitsuka delivers good news – Blue Ribbon will be the exclusive distributor of Tiger track and field shoes in the United States. Onitsuka would send shoes immediately to Blue Ribbon’s East Coast office. Take that, wrestling coach.

The contract with Onitsuka to supply Blue Ribbon with shoes is ending soon. Phil Knight flies to Japan and asks for a 5 year contract with Onitsuka – after all, most of the US success was due to Blue Ribbon, and a survey shows 70% of American runners own Tigers. But Onitsuka is adamant to keep the deal for only 3 years. Why are they so adamant about cutting the timeline short? Phil is suspicious.

Onitsuka keeps hampering Blue Ribbon with late shipments and the wrong shoes in each shipment. The Cortez is selling like crazy, but instead of shipping those, Onitsuka ships Bostons, in the wrong sizes. Onitsuka promises they’re working on improving factories and reliability, but it never really improves.

He eventually scrapes together the $20k from receivables, but they need more cash to operate. He has to do what he vowed never to do – ask everyone he knows for money: former teammates, family, friends. Woodell’s family comes to the rescue. They’re not well off, but they give him their entire life savings – $8,000.

Phil reads about Japanese trading companies that are rising in international prominence and seem to do just about everything – import, export, and extend easy credit to all kinds of companies. He goes to the Bank of Tokyo branch in Portland and asks for help. They direct him to Nissho Iwai, Japan’s 6th largest trading company with $100 billion in sales. After just a short conversation, Nissho Iwai offers him a deal on the spot.

Before he takes the loan, he wires Onitsuka for permission. He doesn’t hear anything for days, weeks.

All of a sudden he gets a call from a shoe distributor on the East Coast. Onitsuka has approached him about becoming its new US distributor.

Phil freezes. What’s going on? They’d signed a 3 year renewal just a few months earlier. Were they breaking the contract?

He contacts Fujimoto, his spy on the inside. Indeed, Kitami and Onitsuka are considering a break with Blue Ribbon. There isn’t a firm plan yet, but Kitami is scouting candidates.

As betrayed as Phil Knight feels, he believes then that the best course is to keep the peace, to convince Kitami not to abandon Blue Ribbon. Without Onitsuka and their shoes, he wouldn’t know what to do.

Kitami leaves Portland to travel around the US, but doesn’t reveal his intentions. When he returns, he has a new solution – sell Onitsuka 51% of Blue Ribbon. It’s an ultimatum – accept the deal, or Onitsuka will set up new distributors. Phil Knight is shocked, and tries to stall by saying he needs to talk with Bowerman.

In a moment of clarity, Phil realizes a few things: 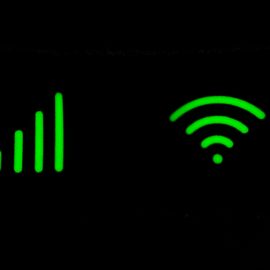 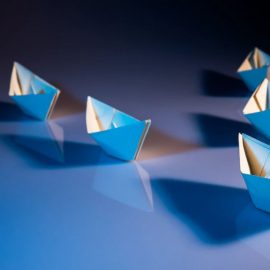 6 Ways to Improve Your Leadership Skills 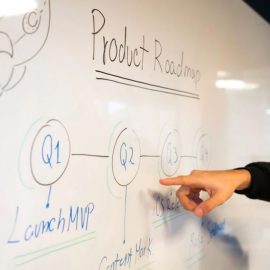