What are reciprocal concessions? Why do you feel the need to concede something just because someone else has given on their side? Rejection-then-retreat is a tactic used to help persuade you to give in.

Reciprocal concessions is a negotiation strategy that uses an unreasonable ask that is scaled back to what a person really wants. You are tricked into thinking that you “won” a hard-earned concession and give on your starting position. Learn how to see through this rejection-then-retreat strategy.

A favorite of compliance practitioners looking to make use of the Reciprocity Principle is the rejection-then-retreat tactic. The tactic plays upon the contrast effect, in which we exaggerate the differences between things depending on the order in which they’re presented to us.

Here’s how compliance professionals use the rejection-then-retreat tactic to trap you with reciprocal concessions:

1) They make you an extreme first ask. For example, they might ask a high initial price for an item you’re looking to buy or ask you to commit a large amount of time volunteering for some cause. These first asks are meant to be rejected. They’re counting on you balking at the initial request.

2) After you’ve rejected them the first time, they make you a more “reasonable” second request. The second request looks small and reasonable because it comes immediately after a larger initial request: the compliance professional has primed your brain by using the contrast effect.

They’ve scaled back their initial request: they’ve offered you a concession. Because of the Reciprocity Principle, they know that you’ll be more likely to match their concession with a reciprocal concession, by saying “yes” to their second request.

The technique also fosters a deeper commitment from the customer. You’re more invested in following through on the contract or purchase because you’ve been tricked into thinking that you “won” a hard-earned concession from the compliance professional. Of course, you haven’t won anything: you’ve fallen perfectly into the trap they laid for you. The compliance professional is hoping to lure you into this cycle of reciprocal concessions.

The rejection-then-retreat tactic has been shown to be highly effective at getting people to accede to requests that they would otherwise reject out of hand. The “reasonable” second request doesn’t even have to be small for the tactic to work. It can still be an objectively large ask, as long as it’s smaller than the first request.

It should be noted, however, that there are limits to how effective reciprocal concessions can be. If the initial request is too outlandish, the tactic will backfire. For example, a compliance professional can’t ask $1 million for something that they really only want to charge $200 for.

TV Producers vs. Censors: A Tale of Reciprocal Concessions

Producers of shows that air on network television in the United States have to clear the shows’ content with censors at the Federal Communications Commission (FCC) before it can be aired. The FCC will flag material that they deem to be inappropriate. But producers are good at using the Reciprocity Principle and the rejection-then-retreat tactic to get the content they want on the air. Producers will deliberately insert lines into scripts that they know will be rejected by the censors: they then pull back to the lines that they really wanted to include all along. When Happy Days was on the air in the 1970s, producers included the word “virgin” in the initial script seven times. The censors ended up cutting six uses of the word and leaving in one, which was the producers’ plan from the start.

Talking the Top of the Line: A Sales Trick

You might think that salespeople would want to show you the cheaper, economy model of a product first, because you’d be more likely to buy it. They could then talk you up to purchasing the more expensive model.

But you’d have it backwards. Salespeople always want to show you the most expensive model first. This technique, called “talking the top of the line,” is a time-honored Reciprocity Principle move. If you buy the expensive model at first sight, then that’s obviously a win for the salesperson. But if you reject it, they’ll then show you the more reasonably-priced model. By contrast, it will look far more affordable than it really is. You’ll offer a reciprocal concession to match the salesperson’s concession. You end up buying the cheaper model.

The numbers bear this out: According to Consumer Reports sales figures were twice as high when customers were shown more expensive models first than when they were shown the cheaper models first. The lesson? Rejection-then-retreat works. 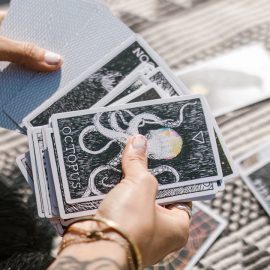