What roles do intuition and reason play when it comes to our moral choices? How and why do we seek to justify these choices?

Read more to learn about how we make moral choices and then justify them.

If morality is largely a cultural construct, do intuition or rationality play any part in our moral choices? Yes, but their roles may surprise you.

The human mind functions something like an elephant with a rider on top. The elephant, which represents intuition, makes most of the decisions, guiding itself and the rider in different directions in response to all of the stimuli it takes in. The rider, or reason, can occasionally affect the elephant’s path a bit, but it’s mostly there to explain the decisions of the elephant after the elephant makes them. Moral reasoning is thus not a search for any empirical truth as much as it is a method by which we justify our moral choices.

We change our minds only when people we respect talk to and appeal to our intuition. We’ll listen to them because we are social creatures who are desperate for the approval of our peers. Essentially, we care more about others thinking we’re doing the right thing than we do about actually doing the right thing.

How We Justify Our Moral Choices

The fact that we’re social creatures is key to understanding why we make the moral choices we do. We act “morally” primarily because we fear the social ramifications of getting caught acting immorally—we behave in ways we know we could justify to others if we had to. In this sense, the purpose of moral reasoning is to help us advance socially, whether by maintaining our reputations as moral individuals or persuading others to take our side in conflicts. Consequently, we think much more like a politician trying to win over constituents than a scientist looking for truth. Five examples prove this point:

These rationalizations don’t lead or create our morality. Rather, rationalizations happen after we make moral choices in order to justify our intuition and convince others (and ourselves) that we’re moral beings.

When we have a better grasp of what drives moral choices and their justification, we can better understand ourselves and each other. 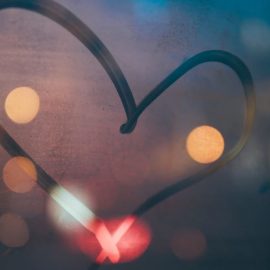 The Physiology of Emotions: 7 Examples