Criticism, or feedback, is one of the major workplace areas that we need emotional intelligence.

People need feedback to do their jobs better and keep their work on track. Like cogs in a clock, every part of a system needs to be running at its best to keep the whole system going; in a workplace, people are the cogs, and everyone needs feedback to improve their performance for the sake of the whole.

How do you give feedback and constructive criticism? To your boss, and to employees?

When people don’t get feedback, they’re in the dark: they don’t know how their boss or their peers feel about their work, they don’t know exactly what’s expected of them and whether they’re meeting those expectations, and if there are any issues with their performance, they’re left to get worse as time goes on.

If you want to give good feedback, here are things to avoid:

Mishandling feedback can demoralize employees, causing them to refuse to cooperate or avoid managers altogether.

Some managers delay giving feedback for long periods of time. This is counterproductive: employees don’t suddenly develop problems in their performance, usually the problems develop over time. Managers have to use feedback proactively–they can’t let criticism come only when things are at their breaking point. When feedback is given earlier, the employee has more time to fix the issue and can catch it before it gets worse.

Also, managers are human, too: when managers let criticisms build up in their minds, they usually end up giving criticism in the least helpful way, as a long list of personal attacks on the employee that have been festering over time.

Some managers only give criticism, and this, too, can be bad for morale. Praise and criticism should be balanced: letting employees know what they’re doing well reinforces good habits and keeps their spirits lifted. A healthy balance of praise and criticism lets the praise motivate employees to fix the criticisms.

How to Give Feedback Right

Here’s how to give good feedback: 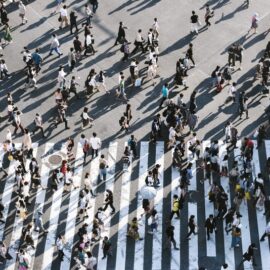