The IRS, FHA, and the Federal Deposit Insurance Corporation (FDIC) all introduced and enforced discriminatory housing policies that entrenched racism in housing. The primary effect of systemic racism in housing is that it prevents Blacks from building wealth through property ownership, which has led to the massive racial wealth gap seen today.

Read on to fully understand how government institutions enabled racism in housing.

Government’s contribution to systemic racism in housing didn’t end with federal and local housing programs or the FHA. The Internal Revenue Service (IRS), as well as an array of regulator agencies, also exacerbated segregation by neglecting their constitutional obligations not to promote prejudice or discrimination.

The Role of the IRS in Facilitating Racism in Housing

The IRS contributed to systemic racism in housing by failing to follow its own rules against promoting discrimination. One important area in which it did this was in the determination of tax-exempt status for US entities. IRS rules obligate the agency to withhold tax exemptions from organizations that countermand official public policy or promote prejudice and discrimination. Yet, throughout the middle of the 20th century, the IRS regularly conferred tax-exempt status on entities that contributed to racial residential segregation.

For instance, tax-exempt religious entities like churches and synagogues regularly promoted segregationist policies. In the 1940s, priests in North Philadelphia, Buffalo, New York, and Los Angeles spearheaded efforts to keep African Americans from moving into their predominantly white parishes. In LA, the pastor of the Wilshire Presbyterian Church even personally sued a Black war veteran to keep him from moving into the neighborhood. Yet his church’s tax-exemption was never in danger.

Religious organizations weren’t the only tax-exempt parties pushing segregation—colleges and universities were guilty of the practice as well. For example, on the South Side of Chicago, the University of Chicago subsidized local property owners so that they could keep the area segregated. From 1933 to 1947, the University covered $100,000 in legal fees for the defense of restrictive covenants and the eviction of recently arrived African Americans.

As with the IRS, a number of regulatory agencies also contributed to segregation, especially in the banking sector. Throughout the middle of the previous century, government regulators frequently allowed the firms over which they had oversight to discriminate against African Americans and further racial residential segregation.

One example of this tacit support of segregation concerns private banks. An array of entities and agencies—the Federal Reserve, the Federal Deposit Insurance Corporation (FDIC), and others—regulate and support private financial institutions. These public entities could have withheld support or otherwise reprimanded institutions that were discriminating against African American consumers. But they didn’t.

For example, the Federal Home Loan Bank Board, which chartered and insured savings and loan associations from the inception of the New Deal, did not oppose financial institutions denying mortgages to African Americans (that is, until 1961, when the US Commission on Civil Rights elicited a promise from the agency to stop its discriminatory behavior). Other important agencies like the Treasury Department and FDIC also took a hands-off approach, arguing that banks were making economic rather than racial decisions, and so they were powerless to intervene.

The upshot was de jure racial segregation at one remove: Public entities constitutionally bound to promote civil rights among private institutions systematically failed to do so.

Levittown and the Segregation of Subdivisions

In accounts of racial residential segregation, the discrimination against individual homeowners—by agencies like the HOLC and FHA—gets most of the attention. But another, arguably more pernicious, strategy of segregation was federal agencies’ subsidization of white-only developments.

The process went like this: A developer would submit plans for a subdivision to the FHA. Included in these plans would be descriptions of the construction materials, zoning restrictions, and other specifications; but, most importantly, they would include commitments not to sell to African Americans. Once the FHA approved the plans, developers could secure financing from private banks with relative ease, because these banks knew that the mortgages they would eventually issue would be insured.

Levittown, the massive subdivision built for WWII veterans on Long Island, New York, provides a clear example of this policy (though similar examples can be found elsewhere, including in Oak Forest in Houston, Texas, and Prairie Village, in Kansas City). Although African American workers helped build Levittown, they were ineligible to own homes there. One African American veteran, whose family’s business trucked building materials into Levittown, tried to purchase a home there and was refused. He ended up having to take out an uninsured mortgage in a predominantly Black area nearby.

(The FHA was so instrumental in the building of Levitt’s subdivisions that in 1960, a New Jersey court deemed his project in that state public housing—and so constitutionally obligated to accept buyers of any race.) 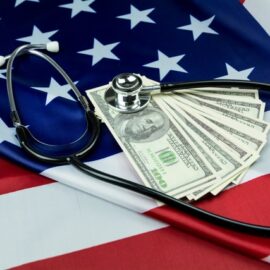