Do you want to improve your persuasion skills? What tactics do master persuaders use to sway people to their point of view?

If you want to level up your persuasion game, there is no shortage of methods that teach you how to exercise your skills. The following persuasion tactics are taken from Win Bigly: Persuasion in a World Where Facts Don’t Matter.

Here are some tactics every aspiring persuader should know.

Scott Adams: How to Be a Master Persuader

Master persuaders often have a collection of persuasion tactics up their sleeve. The more you can combine, the more persuasive you will be. These tactics teach how to persuade on a word-by-word basis.

A Linguistic Kill Shot is a nickname or catchphrase targeting your opponent. It can be so persuasive that it quickly ends an argument. They are more effective when novel (uncommon, unexpected) and visual.

The 2016 US Presidential election showed a variety of nicknames, some masterful and others ineffective.

Because of availability bias and confirmation bias, these visual catchphrases become more powerful over time as we receive evidence that fits the name. All that people needed to confirm “Lyin’ Ted” was some evidence that he had been less than truthful at one time, and the nickname would stick.

Furthermore, because they are simple, they are more likely to be used often, making them more available in people’s minds. These effects can form a virtuous cycle.

Like Linguistic Kill Shots, slogans are short phrases that convey your message.

Scott Adams discusses the two slogans in the 2016 US Presidential election.

This slogan was first used by Reagan in 1980. When this was reported as criticism, it might have actually helped Trump – since Trump was an outsider to politics, the association to Reagan gave Trump slightly more credibility.

Decomposing the slogan by word:

The slogan was then put on a red hat, red meaning action, dominance, and sex (in contrast to Hillary’s pink hats). Red also meant Republican.

Adams says saying Make America Great Again had good percussion rhythm with regular consonant sounds, independent of the meaning. Contrast with Clinton’s “I’m with her,” which lacks those benefits.

According to Scott Adams, Clinton’s slogans focused too much on her gender and unity of her party, not about America in general. Clinton used a variety of slogans throughout her campaign, never having one with as much common appearance as Trump’s:

Instead of engaging with a complaint specific to you, neutralize it by relating it to a higher concept everyone can agree with. Clarify your intent along a direction that no one can blame you for.

Scott Adams also illustrated how the high-ground maneuver could be used in previous controversies.

In the face of victory, encourage your own supporters to take the high ground.

Appeal to universal ideals that everyone aspires to.

Create Two Ways to Win, No Way to Lose

Say you want X to happen. The strategy is: say publicly that if X doesn’t happen, then that would have been because of reason Y unfavorable to you.

This is abstract, so let’s cover some examples:

Another strategy: say you and your opponent have the same overall goals (eg make your company more money) but have different strategies on how to do it. Pitch your strategy as follows:

Another strategy: be ambiguous about wording your position so that you say things both sides want to hear. People fill in what they want to hear, and you avoid provoking strong reaction with a more explicit position.

People pick up on contrasts more than things in a vacuum. This is a basic cognitive phenomenon (going all the way to visual perception in our retinal cells).

Present your idea in the context of alternatives that are clearly worse. Empower it with visuals and employment of fear.

Anchor to an Extreme, then Dial it Back

People are more influenced by the direction of things than the current state.

Start with an extreme, then dial it back. People will see the moderation as a concession, and see you as more moderate than you might really be.

When you have a negative reputation, act in opposition to it

What matters more than what you say is what the listener believes you are thinking.

You can pay lip service to things, but this is heavily discounted if the listener knows you’re being disingenuous.

You can say awful things as jokes, but people can forgive you if they know you don’t mean bad intent.

First impressions matter. People weigh the first part of a sentence more than the second part. 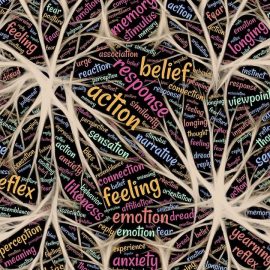