Do you tend to appeal to logic or emotion when trying to persuade someone? What’s the best method to convince someone to make a decision or come over to a point of view?

There are broad categories of persuasion methods, ranging from logical reasoning to appeals to emotion. In his book Wing Bigly, Scott Adams considers some persuasion methods to be terribly weak and others to be formidably strong.

Here’s an overview of Scott Adams’ persuasion methods in the descending order of effectiveness.

In his book Win Bigly, Scott Adams describes the persuasion methods politicians use in their campaigns and how you can apply these strategies to be persuasive yourself. We’ll cover his ranking of methods, starting from strong to weak.

Fears trigger stronger reactions than positive emotions like hope, and is the strongest persuasion method of all.

People like to back their tribe. If you seem like you’re on a person’s team, they’ll more likely support you.

People like to think of themselves as honorable and trustworthy. If you want to correct someone’s behavior, appeal to this high ground by asking if that is what the person wants to be.

When you identify as part of a group, your opinions tend to bias toward the group consensus.

While a person’s aspirations don’t trigger as strong a reaction as fear, they still create powerful, uplifting feelings. To persuade, graft your story onto people’s existing aspirations.

Instead of changing habits, try to piggyback onto existing habits.

Analogies are relatively weak persuasion methods. They’re useful to explain a new unfamiliar concept and to be directionally correct.

However, analogies are so imprecise that they invite criticism on narrow grounds – “that analogy doesn’t work because of this detail.” Your opponent then uses this detail to invalidate the directional accuracy.

This is a form of persuasion by association – if two things have something in common, surely they must have many more things in common.

These are more effective when piggybacking on other biases, like confirmation bias, visual imagery, and fears.

This is much less effective than people think. We tend to make our decisions first emotionally, then rationalize them later. Most topics are emotional – our identity, relationships, career choices, politics.

We deceptively think most of our lives are rational because many smaller decisions are rational – brushing teeth to avoid cavities, using coupons to save money, following the GPS navigator to save time. But the big decisions in life are actually mainly emotional.

Reason is most effective when there is no emotional content to a decision, like shopping for the best price of the same car across multiple sellers.

A persuasive attempt based on hypocrisy is arguing that the other person also did something they’re complaining about.

This is ineffective because it frames both parties as naughty children – there is no winning here.

Resist the reflex of feeling unfairly attacked and having to sling back mud. Appeal to the high ground: “I agree with you. We’ve learned a lot since that mistake. Let’s try to find the best way forward and stick to that.”

This frames yourself as the wise adult in a room of children and small thinkers – someone who knows how to solve problems.

Word-thinking is an argument based around semantics. One person can adjust the definition without any appeal to reason or logic.

This is Scott Adams’s lowest ranked form of persuasion. If two people disagree on a definition, there is no room to go.

General Notes on the Rankings

During an argument, when people exhaust the better techniques, they go progressively down the list to weaker techniques, since they run out of ammunition. So if you’re using reason and someone argues back with an ad hominem, you can realize that they’ve run out of logic and are now desperate. 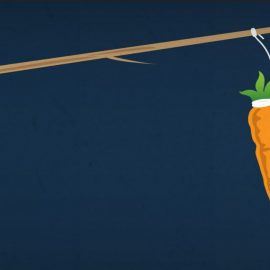 Does the Carrot and Stick Motivation Model Still Work? 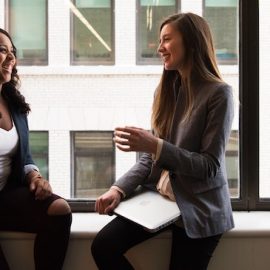 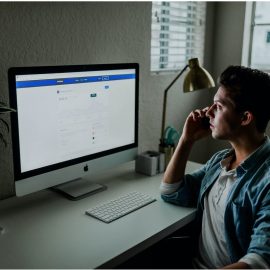 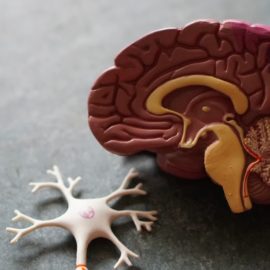