What are nonverbal cues? How impactful are they on the decisions you make?

Nonverbal cues are signals between people that aren’t verbal. Nonverbal cues may include body language, tone of voice, dress, or facial expressions.

We’ll cover the power of nonverbal cues to sway your decisions, affect what you buy…and possibly make you adopt the biases of others.

Salesmen have all the right words as well as a distinct energy, enthusiasm, charm, and likability that makes people want to listen to them. But there’s something more: Salesmen instinctively know how to use nonverbal cues to reinforce their power of persuasion.

Nonverbal signals include hand gestures, facial expressions, tone of voice, eye contact, posture, cadence of speech, and body language. Nonverbal cues have a powerful impact on us, even when they are so subtle that we don’t notice them.

An experiment performed during the 1984 presidential campaign between Ronald Reagan and Walter Mondale revealed how news anchors’ slight facial expressions could bias viewers’ opinions and votes. Researchers gathered recordings of three news anchors’ faces while they reported on each of the two candidates. Then they played the clips for people on mute, and asked participants to use a 21-point scale to rate how positive or negative the anchors’ facial expressions looked. This was a way to isolate nonverbal communication cues.

The first two anchors — Dan Rather on CBS and Tom Brokaw on NBC — scored right in the middle, meaning they had a neutral expression when talking about either candidate. The third anchor, Peter Jennings on ABC, scored about two points higher than neutral when reporting on Mondale and six points above neutral when talking about Reagan. His nonverbal cues betrayed his political preferences.

After the election, the researchers found that ABC viewers around the country voted in higher numbers for Reagan than CBS and NBC viewers. When asked about their preference, these pro-Reagan ABC viewers had no conscious recognition of Jennings’s subtle biased facial expressions (nonverbal cues); instead, viewers insisted they preferred Reagan’s policies. Researchers also found that ABC’s story selection was more hostile toward Reagan, meaning the nonverbal cues from Jennings’s facial expressions actually overpowered more explicit editorial bias.

Salesmen Are Experts At Nonverbal Harmony

Everyone engages in nonverbal communication cues, and the nonverbal signals you send reveal whether you agree or disagree with someone, if you’re making an effort to connect with them, or if you are totally disinterested.

When people talk, research shows that they subconsciously synchronize their movements and gestures with each other almost immediately. They quickly match each other’s volume, pitch, and speaking rhythm. This is a type of nonverbal cue. Salesmen are especially adept at drawing people into their own conversational rhythms, allowing them to set the tone for the interaction.

In addition to conversational harmonizing, people imitate each other’s emotional expressions, another type of nonverbal cue. This is called motor mimicry: If someone frowns, you are likely to frown as an automatic response. What’s more, physical expressions influence your actual emotions, so through motor mimicry, you can have a strong influence on others’ emotions.

In this way, emotions are contagious. For example, if someone you’re talking to is happy about something, she’d smile as she talks to you. In automatic response, you smile back. Subconsciously, this smile brings you some happiness. This demonstrates the power of nonverbal cues.

You feel more interested and enthralled with people with whom you have a high level of synchrony. Salesmen effortlessly pull you into harmony with them. Their uncanny ability to draw people into their conversational rhythms and emotional expressions make Salesmen particularly skillful at influencing people’s emotions. And that is a very powerful tool of persuasion. 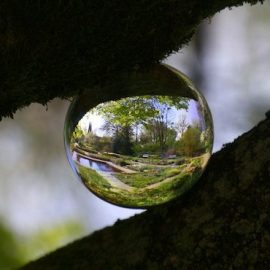 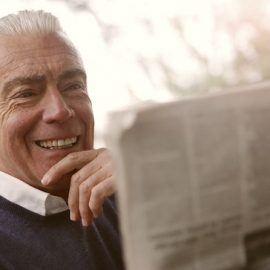