What happens in the chapter “Good Form” in The Things They Carried? How does “Good Form” demonstrate the power of storytelling?

We’ll look at the basic elements of the chapter “Good Form” (The Things They Carried) and discuss why the novel is “true,” even though it’s a work of fiction.

“Good Form” in The Things They Carried

In “Good Form” in The Things They Carried, O’Brien now reveals to us that much of the narrative we have been following is invented. He did not, for example, actually kill the young North Vietnamese soldier with the grenade. But he did witness the young man’s death, and for O’Brien, his presence, his witnessing, has been enough to trigger a lifetime of guilt and trauma.

He reminds us that the narrative that makes up a story is often truer than a literal recounting of the events that actually transpired. He defines this as story-truth vs. happening-truth. He notes that the story-truth (like the biography of the young Vietnamese soldier and how O’Brien lobbed the grenade at him as he passed by) brings the emotions of the war into the present in a way that happening-truth never could. He might as well have killed the young man, because that is how he’s experienced the event for all these years—this is why he chooses to tell the story this way. “Good Form” in The Things They Carried serves as an explanation for the work’s existence as fiction.

“Good Form” in The Things They Carried isn’t the only chapter where the value of fiction comes up. A frequent theme throughout the book is how telling fictionalized narrative stories brings true experiences alive. O’Brien discusses the difference between happening-truth and story-truth. Happening-truth is just the literal recounting of events that happened, while story-truth is imbued with fictional or exaggerated elements. Story-truth, however, is more real, because its sensationalized features more fully convey to the reader the emotional power of what happened. Stories can be truer than truth.

O’Brien experiments with this theme throughout the book, not just in “Good Form” in The Things They Carried, by relating emotionally traumatic episodes to us (like his killing of a young Vietnamese soldier), only to reveal to us later in the narrative that they did not actually happen the way he told us. Nevertheless, the stories are “true” because they convey to us what it felt like for O’Brien to be in these situations in a way that the literal truth (or happening-truth) never could.

In “Good Form” in The Things They Carried, he notes that true war stories aren’t parables—they’re not meant to instruct, impart morals, serve as examples of good conduct, generalize, or engage in abstraction. What makes the story true is the reaction it produces, not the content itself. Thus, something may happen and still be a complete lie, while another thing may be pure fiction and yet truer than the actual truth. 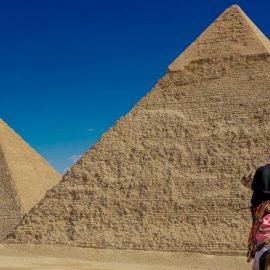 Personal Legends in The Alchemist: What They Mean 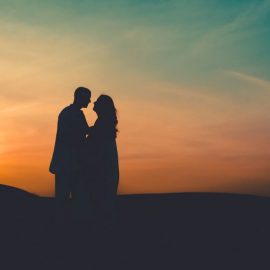