What is happiness to you? Do you think happiness is the natural state for humans? Are your beliefs about happiness rooted in reality?

People have many misguided beliefs about happiness. These widely held beliefs trap us in vicious cycles that actually increase—rather than decrease—our suffering.

In this article, we’ll explore four common myths about happiness, and debunk them with human psychology rooted in empirical evidence, rather than cultural misconceptions.

The first myth about happiness is the idea that everybody can (and should) be happy.

Harris points out that happiness is widely regarded as the most desirable human state. The pursuit of happiness is even enshrined as a fundamental human right, alongside life and liberty, in the US Declaration of Independence.

Harris writes that the media and the internet bombard us with images of people who are beautiful, intelligent, and wealthy—and presumably happy. We envy them and believe we should strive to be like them. (Shortform note: Many companies also sell happiness by promising their products will make you happy. The late Zappos CEO Tony Hsieh wrote a 2010 book, Delivering Happiness, in which he argued that the way to build a successful business, and to be happy yourself, is to take extraordinary steps to make your employees and customers happy.)

All of this combines to make it seem like happiness is humanity’s natural state. But although we expect to be happy today, our minds weren’t designed to work that way.

The human brain has evolved over hundreds of thousands of years in conditions that don’t even slightly resemble modern society, but we retain certain evolutionary traits. Harris specifies three traits that primitive humans needed to survive:

Human beings with these traits were more likely to survive and reproduce than humans without them. Accordingly, these traits have persisted on the evolutionary time scale, although they’re not helpful to us today.

(Shortform note: Another often-unhelpful adaptation is our inclination to accept our perceptions as reality, rather than seeking the truth. In some cases, this adaptation persisted because our ancestors simply didn’t need to know the truth—if they wrongly believed that the sun revolved around the earth, it had no impact on their survival. In other cases, acting on perceptions was a form of threat-aversion: For example, believing that people who are different are inherently dangerous helped our ancestors avoid threats from potentially hostile strangers and tribes. However, this biased fear creates harmful divides in diverse modern societies.)

Harris explains that the same traits that ensured that our ancestors survived and reproduced in prehistoric times make our suffering practically inevitable in the modern world. He notes that these three traits have become dysfunctional because:

1) We no longer need threat detection and avoidance to protect us from predators in the wild. Instead, this instinct makes us detect imaginary threats, such as the possibility that we’ll never get married, or that the random ache in our body is a symptom of a rare and potentially fatal disease. These anxieties make us unhappy.

(Shortform note: In some cases, our desire to avoid threats can become hypervigilance or hyperalertness—extreme alertness and sensitivity to your environment, which is associated with mental health problems such as PTSD.)

2) The ability to fit in is no longer the deciding factor in whether we starve to death, but we still compare ourselves to others and worry about whether we are normal. In the world of social media, where everybody is pushing an idealized version of themselves, this part of our brain looks at others and makes us worry that we compare unfavorably.

3) Our ability to accumulate and improve no longer determines whether we live or die. Still, our brains drive us to constantly accumulate more wealth, status, and happiness and to improve our lives as much as possible—but even when we accomplish these goals and improve our lives, the satisfaction doesn’t last long. For example, if you’ve wanted to upgrade your car for a while, the thrill of buying a new one lasts for a few weeks or months. But before long, the new car has become ordinary and you set your sights even higher—we quickly return to the cycle of accumulation and try to get even more.

In other words, not only is the belief that humans are naturally happy not true, but Harris contends the opposite is true. Because our minds naturally supply us with a constant stream of threats, worries, and concerns that don’t actually contribute to our survival, the natural state for human beings is psychological discomfort. (Shortform note: Studies of brain activity show that we have a “negativity bias”—our brains respond more to negative images than to positive or neutral images. ACT founder Steven C. Hayes identified five ways our brains fixate on the negative: imagining dangers, ruminating about the past, worrying about what others think, feeling not good enough, and always needing more.)

Harris argues that one consequence of the first myth is that assuming humans are naturally happy suggests something is wrong with anyone who is unhappy or experiences psychological distress. We may characterize an unhappy person as “weak.” This is the underlying premise when one person tells another to “toughen up,” as though emotions were a kind of threat that can simply be faced down and defeated (and happiness floods into the gap left by the banished emotion, says the myth).

Harris explains that social media reinforces this second myth by providing a platform where people can display only the best parts of their lives, which give the impression of maximum happiness. It’s easy to look at these projections of other people’s happiness and feel that your life doesn’t measure up. Some people then conclude that there must be something wrong with them.

However, because humans are not, in fact, naturally happy, there’s nothing inherently wrong with unhappy individuals.

Society tells us that we should seek to get rid of our mental suffering and replace it with positive feelings. This is the theme in some advertisements with a before-and-after structure. The world around a person using an inferior product is dark and gloomy. It’s only after buying the product advertised that the world becomes bright and positive. The implicit message is that you should do everything in your power to transform your dull, unhappy life into a happy one (in this case, buy a product). (Shortform note: This advertising approach is a strategy in emotional marketing, which uses color, storytelling, ideal images, and associations to trigger consumers’ emotions that motivate them to act in certain ways. Research shows that a consumer’s emotional response to an ad is two to three times more influential than the ad’s content in swaying their decision to buy the product.)

However, if we consider the problem more deeply, it becomes clear that even experiences that we regard as positive carry with them a negative counterpart.

Myth #4: You Can Control Your Thoughts and Feelings

Starting in childhood, we’re socialized to believe we should be able to control our feelings. Think of a parent telling their toddler to “be a big boy” and stop crying. We learn, at some point in our development, that we should control our negative thoughts and feelings—or, at the very least, the expression thereof.

Furthermore, Harris writes that we assume we have control over our thoughts and emotions because, as humans, we’re able to control the physical world and transform it for our use. It’s hard to accept that the same species that invented the internal combustion engine by harnessing the power of fire, steel, and steam can’t simply dismiss an unhappy thought.

Finally, he points out that this myth is one of the fundamental claims of many self-help books, such as The Happiness Advantage and The Power of Positive Thinking. These books argue that you can control your thoughts and feelings to replace negative thoughts, like anger and guilt, with positive ones, like joy and gratitude.

However, Harris argues that we actually exert less control over our thoughts and feelings than we think we do: Tell yourself not to think of an elephant. Now, you’re probably thinking of an elephant. Therefore, you don’t control your thoughts.

Plus, he writes that the more intense our negative thoughts become, the more difficult they are to control. So while it may be possible to dismiss something minor, like irritation that your child is chewing with their mouth open, it would be much more difficult to dismiss grief over a loved one’s death.

The four myths work together to trap us in unhappiness: Since nobody talks about feeling bad (for fear that others will think there’s something wrong with them), we falsely believe that we’re supposed to be happy, that everyone else is happy, and that we must learn to control our thoughts and feelings well enough to eliminate the negative ones—even though we can’t actually control them. 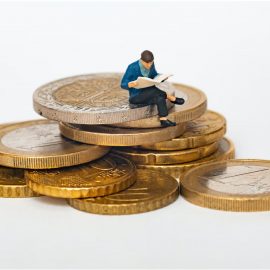 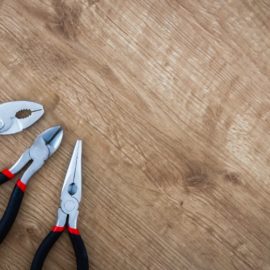 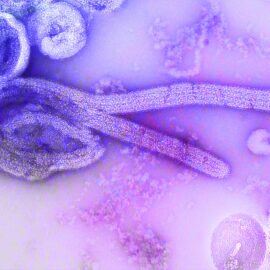