Time isn’t a fixed item—it is a concept, and each culture conceptualizes time differently. In her book The Culture Map, cultural expert Erin Meyer divides the methods of perceiving time into two overarching types: linear-time (aka monochronic) and flexible-time (aka polychronic).

In this article, we’ll explain the difference between monochronic and polychronic cultures and present some strategies you can use when working with people who perceive time differently than you do.

These cultures focus on one thing at a time. This is true in business as well as in daily life.

(Shortform note: In many cultures, including monochronic cultures, starting work on time is much more important than ending work on time. In fact, in some cultures, it’s still acceptable for employers to email their employees in the middle of the night (and expect a response). However, this may be changing. In recent years, France and Germany both made international headlines for considering laws that would prohibit employers from sending emails during non-business hours.)

One of the best ways to evaluate whether a culture is monochronic is to look at how it approaches meetings. In monochronic cultures, meetings have a fixed start and end time. Meyer states that usually, a detailed agenda is sent out to participants ahead of time. Each topic may be allotted a particular number of minutes on this schedule.

If participants begin to discuss a topic not on the meeting agenda, it’s considered to be going off-track. Someone will point out that this topic is not on the agenda and suggest that it be discussed at a later time—perhaps at another meeting exclusively for this topic.

Furthermore, participants are expected to remain engaged throughout the meeting. Cell phones are silenced. People use the bathroom during designated breaks. Having a side conversation is considered wildly unprofessional.

(Shortform note: These meetings aren’t necessarily effective. In fact, many monochronic American business leaders have made headlines for recommending as few meetings as possible. If you must have meetings, Patrick Lencioni’s Death by Meeting recommends several strategies for making them less tedious. For example, he recommends having four different types of meetings, each with varying lengths and varying methods of setting agendas. This framework improves each meeting’s structure and helps keep everyone more engaged.)

Monochronic cultures also tend to run on clock time, a concept first defined by sociologist Robert Levine. In these cultures, you have lunch at noon, not when you’re naturally hungry. (Shortform note: Because monochronic cultures focus on only one thing at a time, you might think they’re more productive than other cultures. However, as we’ll see, organizing your life around “clock time” doesn’t necessarily mean you’re productive.)

Polychronic cultures have a flexible approach to time.

Schedules may exist, but only 48 hours in advance. Even then, these schedules may only be loosely adhered to. (Shortform note: Meyer sometimes makes broad, unsupported generalizations like this one. She offers no evidence for this 48-hour window, and our external research didn’t support her claim.)

Polychronic cultures work on several things at once, both in business and in daily life. So one of the best ways to evaluate whether a culture is polychronic is to look at how it approaches meetings. In polychronic cultures, meetings usually have a start time and a general topic. But according to Meyer, that is the extent of its time structure. Topics are adaptable to the business’s current situation. They are discussed according to priority level even if they weren’t on the original agenda.

Sometimes, tangents crop up that do not require everybody at the meeting to be involved. When this occurs, only the relevant individuals will discuss that tangent. So several conversations may be happening simultaneously.

Participants aren’t expected to focus on the meeting at the expense of all other priorities. If someone receives an urgent phone call, they take it.

Polychronic cultures run on what Levine termed event time. Instead of judging time by the clock, events occur when the participants want them to and end when they feel that the time is right. For example, a bus will leave when it’s full.

Strategies for Working in Cultures That View Time Differently

Adjust to the other culture.

Instead of trying to impose your own cultural values on time, adapt to the people you’re working with. This is especially true if you are visiting another culture.

As simple as this strategy seems, there are often nuances that can be difficult to get right when adjusting to other cultures’ perceptions of time. The only thing you can do is try, fail, and learn from your mistakes the next time.

If you are leading a team, creating a team culture can supersede the cultural patterns of your team members. Setting clear expectations about scheduling, either from you or through discussion with your team, will help you all be more effective and reduce frustration.

(Shortform note: This is an example of creating processes, which we’ll discuss in further detail at the end of this summary.)

All cultural differences can be a source of frustration. However, Meyer pinpoints scheduling as one that is particularly vulnerable to cultural superiority. Members of both monochronic and polychronic cultures think the other’s way of doing things is extremely inefficient and stressful.

You may not be able to understand how your foreign business partner works. But as you work, remember that she’s probably equally confused about how you work. When working and scheduling cross-culturally, the only correct way is the one that works for each of you. 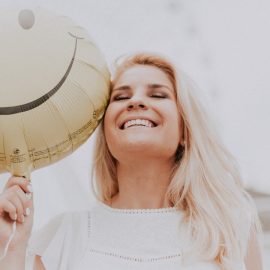 The Benefits of Positive Self-Talk: Your Own Personal Mentor 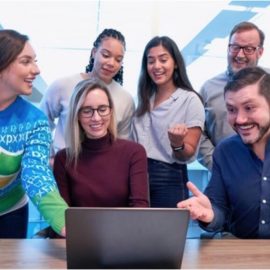 How to Foster a Culture of Organizational Accountability