In the business parable Death by Meeting, why does Yip Software have such low employee morale? What does Yip’s CEO Casey do to try to improve it?

In Patrick Lencioni’s parable Death by Meeting, Casey struggles to increase his employees’ morale. He learns that many employees are unhappy with their pay and decides the best course of action is to sell his company to a larger and more profitable company to increase finances.

Keep reading to learn about Playsoft’s acquisition of Yip Software in the Death by Meeting parable.

The problems became clear when Yip hired a new VP of Human Resources. She began by surveying the entire company on job performance, morale, and a host of other topics, and she found that there was particularly low employee morale. She presented this information to executives at Yip, who became worried. They had known the issue was there, but they could ignore it as long as they didn’t have data to back it up. Now, they no longer had that luxury, and everyone started talking about the problem.

The team started to question this and much of the rest of the way the company functioned. For example, partly because he was raising a family, Casey made the decision not to build violent, fantasy games aimed at kids. He stuck to sports, even though the market for these other games was growing much more quickly than the market for sports games.

The head of product development thought that they should focus more on the quality of their existing products than add new features. The VP of sales asked if they could reconsider their decision to stick with sports games, especially given that fantasy games had the biggest growth market. Casey said that people needed a new challenge to rally around. The CFO, Tim, argued that people wanted better financial incentives. And the head of marketing just joked that he had accepted his fate that his work is boring.

Casey was most upset by the suggestion that people’s financials weren’t any good. He was proud of being a jobs creator and helping to put the roof over his employees’ heads. He fixated on this issue until he finally announced that he planned to take the company public.

Casey and Tim started to take meetings to prepare for their Initial Public Offering (IPO). Word got around, and Casey got a call from a VP named J.T. at Playsoft Games, one of the biggest gaming companies in the country. They wanted to buy Yip outright and increase their sports gaming portfolio. Casey agreed, but he had conditions:

Playsoft agreed and they closed the deal. Casey’s employees got stock in Playsoft, which they could sell after six months. Yip employees were excited. Their day-to-day hadn’t changed, but they had new wealth in stock.

However, almost as soon as the acquisition was made, Playsoft stock took a tailspin. All the employees who had been ecstatic were devastated. Casey thought that J.T. would be apologetic, but instead, he asked to start sitting in on some Yip meetings.

Even though Playsoft had promised Casey total control, they owned Yip, and the market was in a nosedive. So J.T. started coming to Casey’s meetings. They had their meetings like always—they passed out agendas, went around the room and discussed expenses for a long time, and then moved on to strategy. The strategy discussion didn’t impress J.T. The Yip employees didn’t seem concerned about their company’s future—it was like they were talking about a case study in business school. Finally, they moved on to discussions on advertising topics that had actionables attached, but at that point, there was not much time left in the meeting, and this issue got short shrift. They didn’t get to some of the other items on the original agenda at all.

J.T. was shocked. Everyone in the room was good at their jobs. But they had just had a useless meeting, and none of them seemed annoyed about it. They were all so used to these kinds of meetings that they weren’t phased by the waste of time. Casey would make good decisions in his office, as would other executives, but the meetings belied Yip’s success.

Plus, the meetings were rarely attended by all the executives. Because they were useless, executives would find excuses to miss them. This was the root of the employee morale issue at Yip.

So J.T.—whose team at Playsoft was in charge of acquisitions, consistently worked weekends, and never complained (out of fear of J.T. or otherwise)—decided to set up a series of sessions with Casey. Casey was angry and nervous about this, and his frustrations compounded when his assistant let him know that she was pregnant and would have to leave in a couple of weeks.

An old friend recommended a new assistant—his son Will, who had just gotten out of graduate school for film, had studied psychology and business as an undergrad, and was brilliant at solving problems. He needed to make some money at a day job before trying to make it in Hollywood. Casey agreed to speak to Will about the job.

Lessons on Meetings and Morale 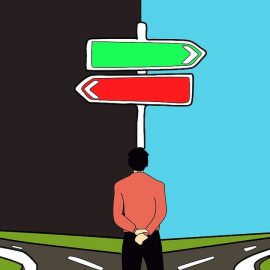 The 3 Best Mental Models for Decision-Making 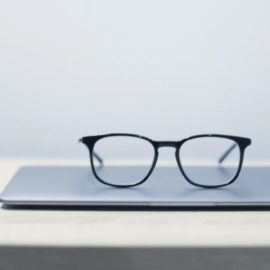 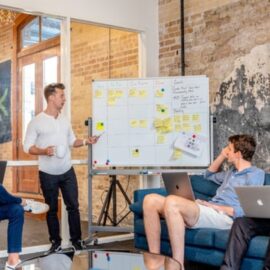 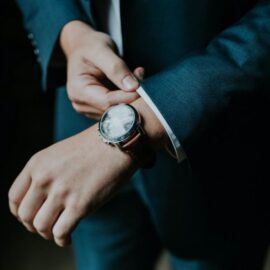