What is Jab, Jab, Jab, Right Hook by Gary Vaynerchuk about? How has social media changed the marketing landscape? How can you take advantage of social media to boost own business?

Jab, Jab, Jab, Right Hook by Gary Vaynerchuk is about the rise of social media marketing. Vaynerchuk compares marketing to boxing because both are aggressive and strategic, and both require dedication and hard work. Learn how “jabs” and “right hooks” can increase your company’s presence and increase sales.

Jab, Jab, Jab, Right Hook by Gary Vaynerchuk. What Is It About?

Boxing is a natural metaphor for marketing—boxing and marketing are both aggressive and strategic, and both require dedication and hard work. In Jab, Jab, Jab, Right Hook by Gary Vaynerchuk, he explains how to land perfect punches in the social media arena.

(Note: Jab, Jab, Jab, Right Hook by Gary Vaynerchuk was published in 2013, so some of the content may be outdated.)

The Rise of Social Media

These days, almost everyone has a mobile device and many people are on social media. There are 325 million mobile subscriptions in the US and the author suspects that almost half of the time people spend on their phones is used for social media.

The small business advantage disappears as new platforms become more mainstream and large companies work through their red tape. However, even if larger companies have higher budgets and more staff that can interact with the community, small businesses can still compete by increasing their effort. If you work hard to create great content and show the community you care, you’ll do well even if other companies have more resources. Being cared for by a business is so rare that it surprises people and leaves an impression.

What’s Changed in the Era of Social Media

The rise of social media has ushered in many changes in marketing:

What Hasn’t Changed in the Era of Social Media

Social media has changed a lot of things for marketers, but there are some constants:

According to Jab, Jab, Jab, Right Hook by Gary Vaynerchuk, a metaphorical jab is content that builds the relationship between you and your customer. Jabs should be intriguing, engaging, and/or create some sort of emotional response, such as making people laugh.

Example: Oreo tweeted this when the power went out during the 2013 Super Bowl. Oreo wasn’t trying to sell anything with this tweet; they were just trying to entertain people and show the brand’s humanity.

A metaphorical right hook is marketing content that includes a call to action and aims to convert a sale. Right hooks need to be easily comprehensible, work on all digital devices, including mobile, and meet the conventions of the platforms they appear on.

While the right hook is the content that creates a sale, jabs are just as important. If you were in a boxing ring with an opponent, you couldn’t just throw a right hook out of nowhere; your opponent would slip out of the way. You need to set up an opportunity to throw the hook by throwing jabs first. It’s the same in marketing—before you ask a customer for a sale, you need to build a relationship with them. There’s no universal combination of jabs and hooks that result in a sale every time—you’ll have to experiment.

Now that you better understand the social media arena, it’s time to learn about how to create great jabs and hooks. These eight tips apply to any platform:

2. Tailor your jabs to the customer’s desires. On social media, people want utility, an escape, and a connection with others. Invite people to engage by sparking conversations or using games or contests, and showcase your fans’ responses. Make your content interesting and intriguing.

3. Make sure your hooks include a price and link to the right place. People don’t want to be linked to the home page of a website when they’re trying to access the product page of whatever’s featured in the post.

4. Take advantage of pop culture. If you show your followers that you’re in their loop and share their interests, whether that’s by talking about a popular song or sharing celebrity gossip, your brand will come across as human.

5. Make your content micro. Microcontent is short content that responds to current events and culture. Your text should always be short and simple.

6. Maintain your identity. Know who your brand is and know its message, and always keep both of these things in mind while creating your content. It’s fine to share different stories and use different tones on different platforms, but your content should always be in line with your brand’s identity.

7. Cross-pollinate. If you have a good following on one platform, use it to advertise your presence on a platform where your following is smaller.

8. Don’t interrupt. Don’t use banner ads or pop-ups, which are highly interruptive. When you interrupt someone from their media with an ad, at best they’re annoyed, at worst, they now hate your brand.

Facebook is a social media site that allows users to share text, photos, and videos with their network. As of December 2012, there were over a billion monthly active Facebook users. People use Facebook to find out what people they know are doing and socialize.

Twitter is a microblogging platform and posts are called “tweets.” As of December 2012, there were 500 million Twitter users worldwide, and most users were young and urban. People mainly use Twitter to share information and news.

Pinterest is a social bookmarking site that allows people to save posts they like (“pins”) into collections (“boards”). At the author’s time of writing, Pinterest had 48.7 million users, many of whom were women and mothers. People use Pinterest because it’s aspirational—people pin images of what they’d like their lives to look like, not actually what they are.

Tumblr was originally a blogging platform, but in January 2012 it redesigned its dashboard to become more social. Tumblr is mainly used by 18-to-34-year-olds and had 132 million monthly users as of June 2013. Tumblr is more of a publishing platform than a consuming one, but people do consume media on it, and quickly.

Use appropriate tags. Tags help people find your posts, so choose specific ones. 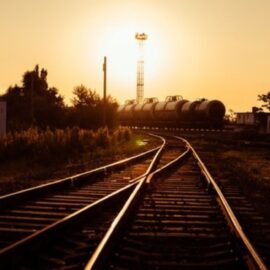 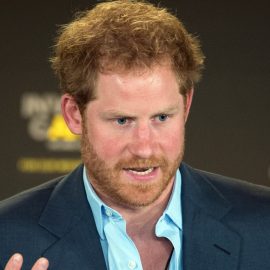 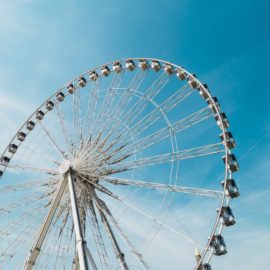 Mitch Albom’s The Five People You Meet in Heaven 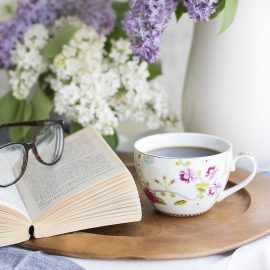