How can you cultivate a growth culture in your organization? How do you give your employees the wings to fly?

A visionary company fosters a growth culture by ensuring that employees support the company’s core philosophy—and then setting them free. This autonomy allows employees to experiment, act boldly, make mistakes, and innovate. All of this pushes the company forward.

Read more to learn how to cultivate a growth culture in your organization.

The workplace culture of a visionary company can best be described as “cult-like.” The word “cult” may have negative connotations, especially when it refers to a cult of personality, or the radical devotion to an individual. But in visionary companies, workers don’t channel their devotion towards a rock-star leader; instead they channel it towards the company and what it stands for.

Efforts to ensure that employees are a good fit might seem too restrictive and controlling. In a sense they are—visionary companies have these measures in place to uphold their fervently held philosophies.

However, with cult-ish practices in place, they are not only able to preserve the core, but are also able to entrust their employees with operational autonomy. Rather than turning employees into unthinking robots, visionary companies empower them to think for themselves, innovate, and make bold moves—all while strongly adhering to the core philosophy. When they see that employees embody what the company is all about, visionary companies give them the wings to fly. This is central to a growth culture.

Visionary companies don’t follow a plan that’s set in stone. Instead, they foster a growth culture—creating the environment for transformation over time in much the same way that species change. The authors liken the process to Charles Darwin’s evolutionary theory, where species evolve over time through a process of “variation,” changing to adapt to their environment, and then “selection,” wherein only the strongest variants survive.

While visionary companies do a fair amount of strategic planning, such as setting BHAGs, they also make use of their own process of variation and selection, keeping the best results of their experiments and making the most of opportunities that come their way.

How to Stimulate Evolutionary Progress

The research suggests that comparison companies tend to tamp down revolutionary progress, while visionary companies actively create a growth culture through the following six methods:

The research found that 12 out of 18 visionary companies gave their employees more freedom and autonomy—allowing them to experiment with new products, for example—versus the comparison cases. When people have the room to let their creativity run wild, they can come up with the most unexpected variations.

They don’t get stuck doing long drawn-out feasibility studies or having endless meetings to decide on the next step. As long as an idea is consistent with the core ideology, visionary companies move full speed ahead. Visionary companies with a growth culture are fast on their feet—when they see an opportunity, they seize it. When they hear of a customer problem, they quickly try to find a solution.

One experiment after another, one step after another, can lead to a game-changer. It can be challenging and risky to make a major shift in the business, so take small steps in the direction you want to go. If management is iffy about backing a big project, they might be more open if you ask for permission to do an experiment to prove its feasibility.

4) Accept That Mistakes Are Part of the Process

Stimulating evolutionary progress is a continuous process of trial and error. Evolution isn’t a perfect process; failed experiments (and there can be many) that don’t result in new business are an inherent part of it, just as some mutations don’t survive as a species evolves.

Visionary companies don’t just say that their employees can experiment; their growth culture reinforces the idea by establishing mechanisms to encourage experimentation, product development, internal entrepreneurship, and idea dissemination. These mechanisms come in the form of targets, awards, grants, and open communication channels.

Species have a fixed genetic code. They mutate to adapt to their environments, not to become another species altogether. The same is true for visionary companies: Their core philosophy serves as the genetic code, guiding them, holding them together, and imbuing them with a purpose and spirit as they morph and evolve. While a growth culture allows for variation, a core philosophy leads to selection—visionary companies choose only the things that work and that fit in with their core ideology. 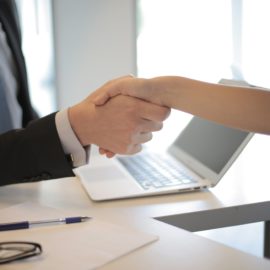 Building a Startup: Begin With a Strong Foundation