Why does David Brooks agree with Immanuel Kant’s sentiment that humans are “crooked timber”? What does Brooks mean when he says we should embrace the idea that humans are sinful by nature?

In his book The Road to Character, author David Brooks asserts that humans are sinful by nature. Brooks discusses Immanuel Kant’s “crooked timber” morality and the fact that humans are meant to confront their sins in order to grow and build character.

Embrace the Old-Fashioned Concept of Sin

This “hey, look how great I am” emphasis wasn’t always the norm. Our culture used to place a high price tag on humility, self-restraint, and self-discipline. Not only that, but we used to value service to others higher than service to ourselves.

Western thinking once subscribed to the idea of original human sin, or what philosopher Immanuel Kant described as “crooked timber” morality. It’s the belief that humans are fundamentally broken, but that our life’s purpose is to confront our brokenness and build a better, stronger character.

Kant’s famous line “out of the crooked timber of humanity, no straight thing was ever made” is roughly equivalent to the Christian concept of “original sin.” We are born imperfect, but there are great benefits in struggling to overcome our imperfections. It’s a difficult battle, but it builds character, adds meaning and purpose to our lives, and ultimately makes us happier and more fulfilled.

(Shortform note: Although Kant coined the phrase “crooked timber,” it was popularized by historian Isaiah Berlin in his 1959 book The Crooked Timber of Humanity, which discussed the perils of democratic government. The central idea was that since humans are innately flawed, they can’t possibly govern themselves well.)

However, the “crooked timber” school of thought has fallen out of fashion. Today we associate the word “sin” with an old-fashioned Victorian morality that is painfully out of style. In fact, the word “sin” has nearly disappeared from our vocabulary except when we apply it to rich desserts, which are “sinfully” decadent.

We need to start with a language revolution—make the word “sin” common again, using it as it was originally intended—in reference to human nature. The idea that we’re sinners is not a popular notion, but we should revisit it.

Most people under the age of 60 will find this a hard sell. Anyone born after 1965 or thereabouts has grown up with a vastly different mindset. Instead of being taught “I’m inherently flawed and I must work to overcome my flaws,” we were taught “I’m perfect just the way I am.” Society has reinforced this message—take a look at most college graduation speeches or popular self-help books. We’re repeatedly told “we’re wonderful just the way we are,” and all we need to do is be true to ourselves. And since we’re all taught to think we’re perfectly fine, it doesn’t occur to us to look deeply and critically at our moral compasses. Self-reflection is viewed as a waste of time. Instead, we tell ourselves to look outward, to show the world just how great we are.

We even instill the “me-focus” in our children, believing it will help them develop strong self-esteem. We teach our children that they are wonderful at the core. Disney cartoons and other children’s media underscore that lesson. Kids’ movies don’t relay the message “I was born a sinner and I must work hard to fix myself,” they say, “You’re perfect—just trust yourself and you can do anything.” 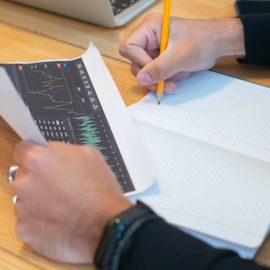 How Meta-Awareness Can Boost Productivity 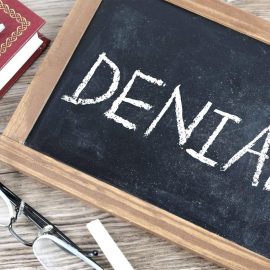 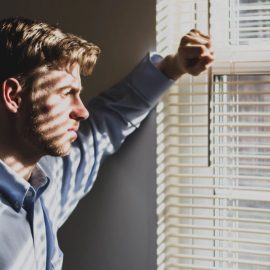