When was the first Macintosh computer created? How did the Mac revolutionize personal computers?

In 1984, Steve Jobs introduced the Macintosh computer. The biography Steve Jobs by Walter Isaacson discusses the events leading up to its reveal and its impact on the computer industry.

Let’s look at the history of the first Macintosh computer.

Even with Apple’s initial success, new computer systems were spreading like wildfire, and Jobs kept his finger to the wind, looking for the next move the industry would make. Not only would Jobs lead the next revolution in computer design, but he would also take a stand in what would become the defining contest within the computer world of the 1980s by introducing the first Macintosh computer.

In the late ’70s, Xerox was developing a Graphical User Interface (GUI) that allowed users to operate a computer by activating icons on a “desktop” with a mouse. Xerox wanted shares in Apple’s next expansion, so in 1979 Jobs was given a demonstration of what their engineers were working on. According to Isaacson, Jobs was able to bully his way into seeing more of Xerox’s projects in development than their researchers wanted to show him.

Under Jobs’s guidance, Apple’s engineers improved the desktop concept by enabling the mouse to drag and manipulate icons, files, and folders. Many people agree that Jobs stole the GUI concept, but Isaacson points out that Xerox shares the blame for not making better use of its own technology. (Shortform note: Xerox released its Star 8010 computer in 1981, three years before the Macintosh. It introduced many features that are commonplace today, most notably its graphical interface and mouse. However, at $16,000 each, the Xerox Star was marketed solely to large businesses.)

Meanwhile, an industry-defining battle was brewing. Apple’s rival in business computing, IBM, allowed independent companies to make clones of its products and develop their own software to run on its systems. Jobs refused to let Apple do the same. Isaacson says that jobs believed hardware and software worked better together when developed in a closed, tightly controlled system—a “whole widget” approach that would define Apple’s products. While less idealistic, IBM’s open system allowed its designs to grab a larger share of the market.

With IBM already claiming victory on the PC battlefield, Jobs prepared a dramatic unveiling of Apple’s new graphics-based computer, the first Macintosh computer. Kicking off the campaign was a cinematic Superbowl commercial that depicted IBM as a dystopian Big Brother and Apple as a daring rebel. (Shortform note: Apple’s 1984 Super Bowl commercial, directed by Ridley Scott of Alien and Blade Runner fame, was actually opposed by Apple’s board of directors. The commercial was so striking that it was replayed on news programs, won several awards, and began the trend of companies using Super Bowl time slots to feature cinematic, attention-grabbing ads.)

The commercial was followed by a torrent of publicity leading up to the computer’s public unveiling. At the climax of the event, the Macintosh introduced itself through a voice-simulator program.

(Shortform note: As an example of the press that the Macintosh received, Popular Science featured Apple’s new creation in its March 1984 issue, praising its versatility and ease of use, as well as its capabilities in word processing and graphics.) The Mac’s graphical interface was elegant and intuitive, compared to command-based systems such as MS-DOS and BASIC. The rest of the computer industry now had to play catch-up.)

IBM entered the PC market in 1981 with the IBM 5150, designed in conjunction with Atari and Microsoft. It was faster and had more memory than other computers and was built with an open architecture that let users swap out parts and expand its capabilities. Bill Gates and Microsoft developed the computer’s command-prompt operating system, MS-DOS, which it licensed to IBM, but did not sell.

Because of IBM’s open design, other companies were able to manufacture fully compatible copies that would use the same parts and run the same software. And since IBM didn’t have exclusive rights to MS-DOS, its competitors were able to license that as well. Three former employees of Texas Instruments were the first to do so, releasing the Compaq Portable in 1983. Hewlett-Packard and Dell soon followed suit, and by 1985, IBM Compatibles swept into both the home and business markets, where the cheaply made clones outsold IBM’s originals.

Microsoft had already developed software for the Mac, such as versions of Microsoft Word and Excel. Bill Gates was such a fan of the Mac’s GUI that he petitioned Apple to license its OS to other computer systems. Jobs demurred, but Apple’s contract with Microsoft licensed Gates to incorporate Apple design elements into Microsoft’s future products. Microsoft came out with its own graphical interface in 1985, though it wouldn’t become a viable competitor to the Macintosh OS until the release of Windows 3.1 in 1992.

Nevertheless, so many of Windows’ features mimicked those of the Macintosh that Apple filed an infringement lawsuit in 1988. Microsoft had interpreted its agreement with Apple broadly, and since its contract was not specific in its limitations, the courts ruled heavily in Microsoft’s favor. 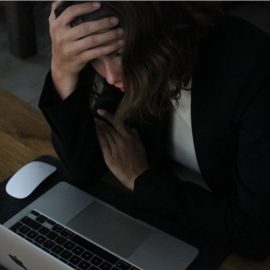 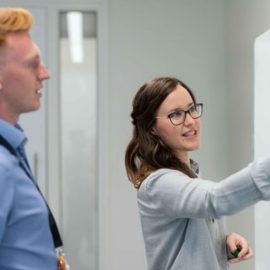 How to Create a Project Management Plan: Step-by-Step Guide 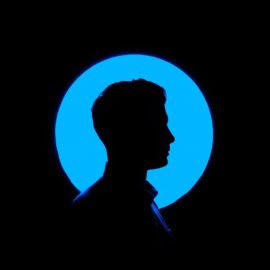