What is the diffusion of innovation theory? Why is it a critical piece of a good marketing strategy?

We’ll cover how the diffusion of innovation theory works, and what it means for your business.

Diffusion of Innovation Theory: How It Works

So after you define your WHY and Golden Circle, how do you get your new product or mission to reach more people?

In sum, by 1) understanding that different people will adopt your product at different stages of maturity, 2) finding your early adopters, and gaining a critical mass of them.

This chapter explains both concepts and how they apply to starting with WHY.

Defining the “Tipping Point” and the “Law of Diffusion of Innovation”

To understand the key points in this chapter, we have to define two key terms: the tipping point and the diffusion of innovation theory.

The term “tipping point” was popularized by Malcolm Gladwell’s book, The Tipping Point.

According to Malcolm Gladwell, a tipping point is “the point in a situation, process, or system beyond which a significant and often unstoppable effect or change takes place.” (Related terms for this include critical mass and inflection point.)

Tipping points happen when a mass of influencers unite to support an idea or a product.

While tipping points might seem like they happen somewhat spontaneously or by luck, they can actually be consciously designed by leveraging the diffusion of innovation theory.

The Law of Diffusion of Innovations

This term was coined by Everett M. Rogers in his 1962 book, Diffusion of Innovations. The Law of Diffusion of innovation explains how innovations–whether they are products, services, or ideas–spread through a population.

He identifies five key populations of people who, over time, spread an innovation throughout a social system. These are the key groups of Rogers’s diffusion of innovation theory.

The Five Populations of Rogers’s Diffusion of Innovation Theory

Rogers’s Law of Diffusion of Innovation (diffusion of innovation model) identifies five key groups of people who help spread innovations through society. They are:

Diffusion of Innovation Group 1: The Innovators

Innovators make up 2.5 percent of the population. These are the people who want to be first, so they chase new ideas and products. They’re most interested in advancing society and changing the world in some way. Innovators are the rarest type of people. Bill Gates, Steve Jobs, and Elon Musk are all innovators.

Early adopters make up 13.5 percent of the population. These people aren’t coming up with new ideas, but they see the value in them, trust their guts, and jump on board right away. These are the people who stand in line for the new iPhone or have five tablets laying around the house because they upgrade models the day they release.

The early majority is a large portion of the population at 34 percent. They’re still fairly comfortable with new technologies, but they’re more practical than early adopters. Additionally, they’re less likely to act on gut instinct, so rationality matters more to them.

Laggards are the type of people who still miss rotary phones. They make up 16 percent of the population, and they’re actively hostile toward new innovations. These are the people who are resistant to change.

In tipping point scenarios, all five of these groups (unconsciously) work together over time to spread an idea until that innovation eventually becomes part of our status quo. This is the essence of the diffusion of innovation model.

There’s one important caveat: the Law of Diffusion category a person falls into depends on the product. For example, one person might be an early adopter when it comes to smart watches, but in the late majority when it comes to new fashion.

That’s because everyone has different WHYs. Not every product is designed for you, so it makes sense that you would move up and down Rogers’s Law of Diffusion spectrum depending on the product/service in question.

What are the Elements of a Story? King Explains 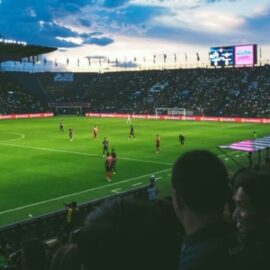 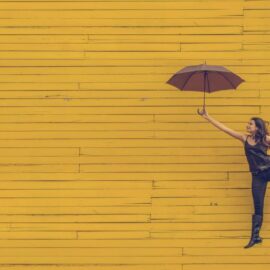