Why is community spirit important in the workplace? What can you, as a leader, do to foster a sense of community in your organization?

Creating a spirit of community in the workplace motivates employees to do their best because they’re thinking not only of themselves but of their peers. Their identity becomes linked to the group, making them more invested in the group’s success. The best way to foster community spirit in the workplace is through celebrations.

There are three ways to implement celebrations into your regular work routine: 1) celebrate accomplishments, 2) encourage friendships, and 3) have fun together. Keep reading to learn about each one.

Research shows that corporate celebrations, ceremonies, and rituals are effective ways of creating a feeling of community in the workplace. During good times, celebrations make team members feel proud of their accomplishments. During difficult times, celebrations draw people together and increase morale, helping team members persevere through the challenges. Studies show that employees working for leaders who always find ways to celebrate accomplishments are 25% more committed to their jobs than those working for leaders who seldom do.

The purpose of celebrations is not only to build community spirit but also to explicitly reinforce actions and behaviors that demonstrate your organization’s shared values. As such, celebrations don’t have to be elaborate; they can be small ways to connect the everyday actions of your team to the wider organization. For example, you might regularly highlight exemplary employees at staff meetings, and make those shout-outs resonate by specifically listing their accomplishments.

To successfully implement celebrations into your regular work routines:

Public celebrations build on the technique we discussed earlier, of expressing gratitude for a job well done. Celebrating your gratitude with others as witnesses takes your thanks a step further, using the accomplishments of one to show others what they can aim for. Public celebrations thus turn the person being celebrated into a role model and set standards for the group.

Further, public celebrations encourage a culture of positivity, which translates into happy employees. Research shows that people often adopt the mood of others around them in what’s called “emotional contagion.” Brain scans show neurological circuits are activated when a person sees another act in a certain way, as if they’d acted that way themselves. Therefore, celebrating one person’s success makes their teammates feel happy about themselves, too.

One of the managers at Intuitive Surgical, a maker of surgical instruments, did this well when he implemented a “Red Stapler” award, which was simply a red stapler given out at a weekly staff meeting to an employee who’d recently demonstrated the company’s values. It was presented with a short speech detailing the employee’s achievement. The award proved so popular that the company extended it to other departments.

Some leaders are hesitant to recognize certain team members in public, out of concerns it might cause jealousy or resentment. Such fears are usually unfounded; winning teams regularly honor their Most Valuable Players, and these honorees are often selected by their teammates.

Your organization’s community spirit will be greatly enhanced if your team members are friends with each other. As we discussed earlier, teams made up of friends perform better: They communicate better, evaluate ideas more critically, give more appropriate feedback to help others stay on track, and offer more positive encouragement. This turns into stronger feelings of accountability and commitment to the group and organization.

Studies have shown other quantifiable results when people work with friends:

Use celebrations to encourage social connections among your team members, even if it’s something as simple as a group cheer at a staff meeting. These kinds of positive interactions reinforce a feeling of being part of a team working toward a common purpose, which is something people crave.

Your team’s sense of community spirit will increase when your team has fun. Don’t think of fun as a work luxury, but instead think of it as an important way to boost morale—most people assert that if they’re not having fun, they have difficulty maintaining the level of intensity required to do their best at their jobs.

Organizations that have fun are consistently more profitable. In fact, on Fortune’s list of 100 Best Companies to Work For, an average of 81% of employees who respond say they’re working for a “fun” company. Fun has several tangible benefits for an organization:

As a leader, you can set the tone for your organization with a clear message that fun isn’t just acceptable, but expected. Aim to build fun into the workday so that people don’t have to use their own personal time to engage in it. For example, you might change the structure of your staff meetings, making them more informal with couches or an unusual setting. You can also encourage group dinners or other off-campus events to mark milestones and progress.

Having fun doesn’t necessarily mean having parties. Fun can be built into the work itself. For example, if there’s a difficult task, be positive and encouraging, so that the task feels enjoyable.

Attributes of a Great Leader: Would You Make the Cut? 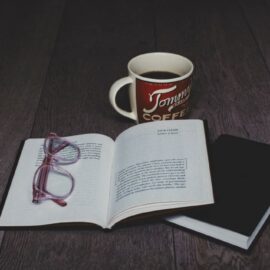