Do you need to improve morale at your workplace? What leadership model could make this happen?

When Captain L. David Marquet took command of USS Santa Fe in 1999, the need to improve morale was palpable. He accomplished this feat within a year by deploying the leader-leader model to empower the demoralized crew.

Read more to learn how to improve morale with the leader-leader model.

Marquet first visited Santa Fe in December 1998. When he greeted crew members, they didn’t make eye contact. They seemed defeated, having been told repeatedly that their submarine was the worst.

During Christmas break, Marquet wandered around the ship, where a skeleton watch crew was performing routine duties. He asked the petty officer on watch, “What do you do on the ship?” The answer was a cynical “Whatever they tell me to do.”

The petty officer’s reply revealed he was an unhappy follower who wasn’t taking any responsibility for his unhappiness. It was an insulting comment to a commander (implying that the leadership was incompetent). But it also encapsulated the problem and the attitude pervasive among the crew. There was a clear need to improve morale, and Marquet knew that leadership was key.

The Wrong Kind of Leadership

The executive officer (XO) on Santa Fe required department heads to check out with him before leaving for the day, so he could go over tasks he had given them to do and ensure they weren’t leaving with something major undone.

While it would be risky for the leader to have accountability but give up decision-making authority, this would be better than the passivity of the “whatever they tell me to do” approach, where brains were shut off.

The XO’s check-out procedure was another example of the pervasiveness of the leader-follower mentality. The result was that out of 135 men on board, only a handful were engaged in problem-solving. A whole range of procedures like this reinforced leader-follower. Santa Fe’s problem wasn’t a leadership vacuum, but too much of the wrong kind of leadership. The cost was passivity and paralysis. Something had to be done to improve morale and combat readiness.

As Marquet sat on the stage awaiting his part in the official change-of-command ceremony, he thought of the positives he’d uncovered on his visits to Santa Fe:

When the outgoing CO had finished his speech, Marquet stood and with the traditional response, “I relieve you,” he became the commander of Santa Fe.

Focus on Excellence, Not on Avoiding Errors

The Navy’s submarine force was obsessed with reporting, tracking, and analyzing errors, which created a strong incentive to focus exclusively on avoiding them. When Marquet took command of Santa Fe, the crew focused on rotely following myriad procedures intended to minimize errors.

While this might have prevented some problems, it was paralyzing and left no room for achieving excellence, which Marquet defined as “exceptional operational effectiveness.” While understanding and minimizing mistakes is valuable, it should be primarily a side benefit of excellence.

Marquet decided to introduce change in the middle of the operation, with the chiefs (the senior enlisted personnel equivalent to middle managers). They were often motivated by things like following checklists, passing inspections, looking good, and avoiding mistakes. However, Marquet wanted to motivate them by connecting their daily activities to a larger sense of purpose.

When L. David Marquet became captain of USS Santa Fe in 1999, it was the worst-performing nuclear-powered attack submarine and crew by Naval standards. He knew he had to do something significant to improve morale. In a year, he turned the crew into one of the best by replacing the military’s traditional “leader-follower” or command-and-control structure with a “leader-leader” organizational model. Turn the Ship Around! is the story of how he did it.

Marquet used the leader-leader model to improve morale by empowering the demoralized crew he inherited. He believed that if they took responsibility for problems and solutions rather than waiting to be told what to do, they’d see themselves as leaders instead of followers. This book describes the specific methods Marquet used on Santa Fe to transform the organization. Leaders in any organization—business, nonprofit, or government—can apply them as well to improve morale.

The Universal Need to Improve Morale

Most people are enthusiastic when they start new jobs—they have energy and ideas, but their initiative is quickly squelched by bosses and coworkers who tell them, “We tried that before” and “Just do what you’re told.” Consequently, they fall in line and do the minimum required.

As a result of this demotivating environment, American workers’ job satisfaction and commitment are at all-time lows. This costs companies billions of dollars in lost productivity. (Shortform note: Gallup estimated in 2013 that “actively disengaged” employees cost U.S. companies $450 billion to $550 billion a year in lost productivity.) Bosses are equally frustrated with employees’ lack of initiative and sense of ownership; they complain about having to babysit workers.

The unhappiness of employees and leaders stems from the same thing: a leadership model that no longer works. In Captain Marquet’s experience, the leader-leader model is the one that did the trick to improve morale, and it just might work for your team. 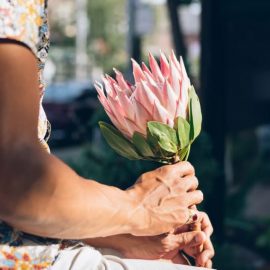 3 Theories on Happiness to Help You Succeed at Work 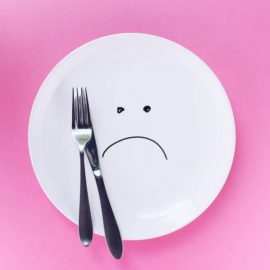 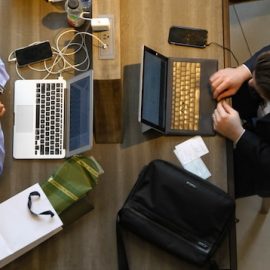