While the outcome of the 2002 playoffs is obviously frustrating, the playoff flameout does little to undermine the soundness of the team’s overall approach. That Joe Morgan is out in public claiming that Oakland’s loss is due to their inability to “manufacture runs” says more about the absurdity of his critique and his ignorance of how baseball actually works than it does about the A’s. And the Moneyball Red Sox offer can prove that.

Morgan is part of an insiders club of pundits, writers, scouts, and ex-players, one almost entirely immune to accountability. No matter how inaccurate their predictions, no matter how wrongheaded their analysis of the game, they are never drummed out of professional baseball circles. The members of this clique always seem to find ways to make a living in the world of baseball, despite their often poor performances and recycled cliches. This situation contrasts with that of active players, managers, and GMs, who are unceremoniously traded, demoted, or fired for the most capricious reasons.

This state of affairs would never exist in a functioning market. In a rational labor market, people who were bad at their jobs, whether commenting on baseball or scouting future players, would be fired. But as we’ve seen, baseball is one big market failure, one in which salaries rarely correspond with actual value. It is less of a business than a social club, one that values loyalty over competence. But that doesn’t stop Billy Beane’s Red Sox offer.

Billy Beane is surprisingly calm in the wake of his team’s playoff disappointment. He knows that what he has accomplished with the A’s on a shoestring budget is extraordinary. He is frustrated by the media commentary, which seems inordinately focused on how a team fares in the playoff crapshoot rather than the real test of its mettle during the regular season, but he knows he cannot change this.

What he can change is the makeup of his team, to prepare it for success in 2003. One of his first moves is to get rid of manager Art Howe. He persuades the Mets to hire Howe, taking his hefty $2 million salary off the books, and he promotes one of the assistant coaches to the manager position. And in the A’s organization, the manager is more of a symbolic role: Billy will be calling all the shots. By the time Billy Beane’s Red Sox offer comes around, he’s already started making decisions for next year.

By this time, the smart team owners around the league see the merit of the Oakland philosophy. Value-driven methods can put a winning team on the field, leading to higher revenue from ticket sales and television viewing figures—all at minimal expense. The year before, in fact, the owner of the Toronto Blue Jays had hired the A’s director of player development, J.P. Ricciardi, as the Blue Jays’ GM, hiring him right on the spot. Ricciardi, who had learned at the feet of Beane and Paul DePodesta, begins remaking the Blue Jays along similar lines, bringing in a team of outside analysts and number-crunchers and shedding team payroll in a drive for sabermetric efficiency.

(Shortform note: Ricciardi’s tenure as Blue Jays GM was largely viewed as a disappointment in Toronto. In eight seasons from 2002-2009, Ricciardi never assembled a team that reached the playoffs.)

The Boston Red Sox are also coming to believe in the sabermetric revolution, which leads to Billy Beane’s Red Sox offer. New owner John Henry hires Bill James (Henry is shocked that no other baseball team has ever tried to hire James), as well as DIPS inventor Voros McCracken. But there is one more missing piece of the puzzle in John Henry’s quest to remake the Red Sox: Billy Beane.

Henry makes Billy Beane’s Red Sox offer official: a five-year, $12.5 million contract to take the GM job in Boston. It is a tempting offer, but Billy ultimately declines. He realizes that the only reason he is interested in the job is for the money. As a fresh-faced high school graduate, he had made the decision to sign an entry-level contract with the Mets and become a professional baseball player. It was the only decision he had ever made for money—and it had been the worst decision of his life. He vows to never make that mistake again.

Billy has finally fulfilled his destiny as a winner, but in the front office rather than on the field. In his 20+ year journey through the world of professional baseball, Billy has finally proved his value. And there is no putting a price on that. 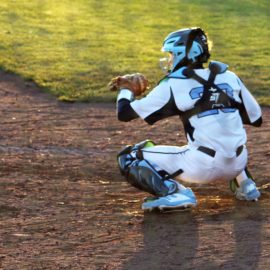 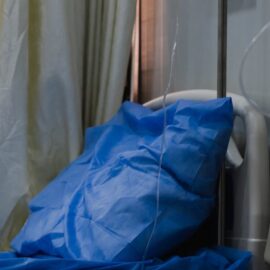