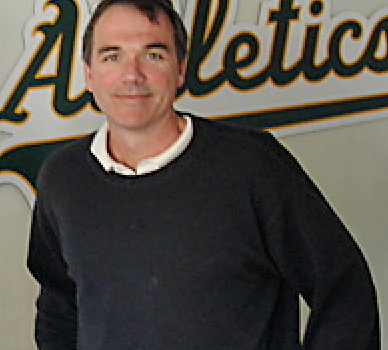 Who is Billy Beane in Moneyball? How was Billy Beane’s Athletics career changed by Sabermetrics?

Billy Beane’s career began when he was drafted out of high school by the New York Mets. Later Billy Beane’s Oakland career began when he was traded. By 1990, Billy is 27 years old with a reputation firmly established as a draft bust, a player who seemed to be destined for glory on the field, but never panned out in the majors. He is at a crossroads in his life. He needs to make a change.

That spring, he takes the inevitable next step and retires as a player. What he does next shocks everyone in the Oakland organization. He walks into the front office and asks for a job as an advance scout, a position in which he travels ahead of the team and observes the play of upcoming opponents.

The move from player to scout is almost unheard of in the baseball world, akin to a film star walking off set and applying for a job as a crew member. The A’s general manager at the time, Sandy Alderson, hires Billy only because of the low regard in which he holds advance scouting—since he believes they contribute little of value to the organization, there is no harm in letting Billy have the job. Billy Beane’s Athletics role still seems to hold little value.

An advance scout is considered to be a lowly job for a former player to take. The advance scouting staff is made up of men who had never played in the big leagues, but desperately wished they had. To them and to everyone else, the idea of Billy throwing in the towel during what should have been his prime playing years is ludicrous. They would have done anything for the opportunities Billy had—yet here he is, giving it all up. But it is as an executive that Billy will leave his indelible mark on baseball and prove that he understands the game far better than most.

The scouting office is the stronghold of baseball conventional wisdom, of men who believe that simply observing with their own eyes how well a player hits a ball, throws a pitch, or steals a base is the key to predicting his future success in the major leagues—even if they only see him play a handful of times. The scouts prefer the subjective to the objective; the big, flashy one-off play to the sober analysis of meaningful statistics. In short, they are the same type of men who had irrationally raised Billy’s expectations, waved away his obvious flaws, and set him on a path to failure.

As a scout, Billy is determined to never repeat their mistakes. He learns from both their failures and his own. He looks for players whose statistical performances demonstrate a likelihood of success in the major leagues. In short, he makes sure to never draft the next Billy Beane.

Billy Beane’s Oakland front office debut comes during a true inflection point for the Oakland A’s and for baseball as a whole. Much of what was thought to be sacrosanct about the game is being questioned. The traditional ideas about what makes a winning team are being challenged and proven wrong.

In 1995, as Billy Beane in Oakland is working his way up the ranks of the front office, the A’s are sold to real estate developers Steve Schott and Ken Hofmann. This signals a shift in how the entire organization will come to think about acquiring and managing players. The previous owner had been willing to spend as much as needed to field a competitive team, seeing ownership of a major league team as more of an act of civic duty than a profit-yielding investment. In fact, the 1991 A’s had the highest team payroll in all of baseball.

But the new owners adopt a very different approach. For them, owning the A’s is an investment—one that they expect to pay off. Their new mantra is to reduce costs as much as possible, and that means cutting team payroll to the bone. Gone are the days of free spending. The team must now economize, making sure that every dollar spent on players demonstrably contributes to on-field success.

The New Economics of Baseball

Billy Beane’s Athletics strategy and his new austere, no-frills approach to running the team occurs during an era where the economics of professional baseball are undergoing profound change. The change is driven by a few key factors, all of which make smart drafting of amateur players essential for teams looking to rein in costs.

For big-market teams like the New York Yankees and Boston Red Sox, these trends do little to change their approach to running a big-league club. Their deep-pocketed owners are willing and able to spend whatever they need to in order to acquire the biggest stars on the free agent market. But for relatively poor teams like the A’s, they change everything, placing a premium on finding value in the type of players in whom no one had seen value before.

Billy Beane’s Moneyball role defined Sabermetrics in baseball for years to come. Billy Beane’s career may have began as a baseball player, but for Billy Beane, Athletics wins came from his time as GM.