Are you looking for inspirational The Inner Game of Tennis quotes? What can the book teach you about improving your game?

These The Inner Game of Tennis quotes discuss major themes of the book like the two selves, focus, and relaxed concentration. You can reference these quotes when you are working on your own mental tennis game.

The Inner Game of Tennis Quotes

These The Inner Game of Tennis quotes can help you focus on your game, and remind yourself why focus matters.

“When the mind is free of any thought or judgment, it is still and acts like a mirror. Then and only then can we know things as they are.”

(Shortform note: This can sometimes happen even if you’re playing well. If you’re too results conscious and you happen to get unlucky or play a more talented player than you, you can start generalizing and getting angry with yourself without reason.)

Considering your own moments of peak performance—when you did great on a test or performed an impressive athletic feat—you’ll probably notice that your mind actually wasn’t working too hard and was one with your body.

“The player of the inner game comes to value the art of relaxed concentration above all other skills; he discovers a true basis for self-confidence; and he learns that the secret to winning any game lies in not trying too hard.”

Most of the problems previously described here, like giving too much self-instruction or trying too hard, come from Self 1 not acknowledging Self 2’s capabilities.

The maxim that we should all instead live by is “trust thyself.” This is not positive thinking. Rather, it is just allowing your body to hit the ball, or letting Self 2 do something like hit a powerful backhand.

Self 1 and Self 2 are a bit like parent (Self 1) and child (Self 2). Trusting parents will let their children try things and make mistakes because it helps them grow.

If there is no trust between Self 1 and Self 2, we will see the physical tightening previously discussed. If you exert too much effort, you use more muscles than are necessary. This both wastes energy and interferes with the action, because some tightened muscles don’t allow others to relax that need to.

This is clear in tennis—a relaxed wrist allows for a snap and more torque, adding more power to the ball. If muscles are too tight, the ball will be less accurate and slower.

Letting Self 2 take control is a simple concept, but it’s not easy, and it requires focus. Even when we can quiet our minds, we can still have trouble focusing on something specific.

Instead, just focus on the seams of the ball as it travels. Focusing on this one specific motion will both actually help the player see the ball better and quiet the mind from thinking about anything else. Become absorbed in the pattern, and the body will do everything else naturally.

Don’t think that you know everything about the ball—stay engrossed and continue to look for oddities no matter how many tennis balls you’ve seen in your life. You don’t know how it’s going to bounce, nor do you know its trajectory or speed every time. Track those things.

“Winning is overcoming obstacles to reach a goal, but the value in winning is only as great as the value of the goal reached. Reaching the goal itself may not be as valuable as the experience that can come in making a supreme effort to overcome the obstacles involved. The process can be more rewarding than the victory itself.”

Once we find out what game we are playing, we have to figure out what winning means to us. What’s most important is to disentangle winning and losing from our understanding of our self-worth. The worst kind of competition is usually when the participants are using it to derive their self-worth.

There are two contradicting views on competition in the West: Some believe it is responsible for society’s success, others that it is divisive and responsible for failure.

If we don’t use competition to derive our self-worth, though, what kind of meaning should we be finding in competition and winning? And how can playing better help us in the broader scheme of our mental health?

“For the teacher or coach, the question has to be how to give instructions in such a way as to help the natural learning process of the student and not interfere with it.”

A good player should always be aware of where the ball is and where the racket head is. They should see and feel what they’re doing.

Instruction should be based around this as well: not “bring your racket lower” but “consider where your racket is right now.” If you ask where your racket should be, the coach should simply decline to answer, still asking the player to just be aware of where it is. Once again, this will lead to observing with detachment and then better results.

Note: The positive thinking that’s often found in self-help books is also often harmful because it can easily be criticism in disguise. A tennis player will compliment herself for hitting a shot well, and then she’ll feel the need to hit every shot like that one. The same problems arise.

Like what you just read? Read the rest of the world's best book summary and analysis of W. Timothy Gallwey's "The Inner Game of Tennis" at Shortform .

Here's what you'll find in our full The Inner Game of Tennis summary : 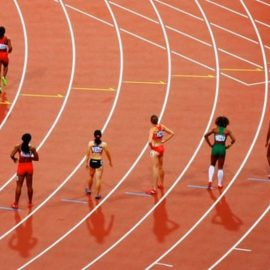 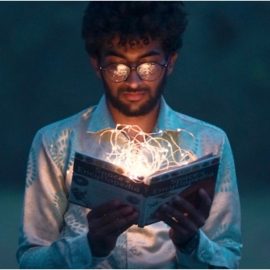 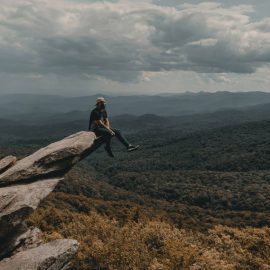 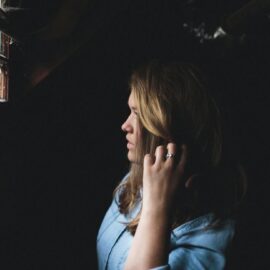 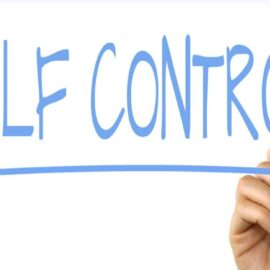 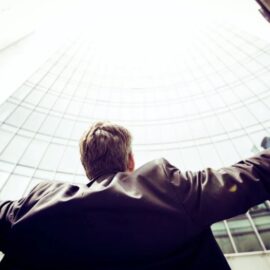