Paul DePodesta in Moneyball was the Assistant GM to Billy Bean during the famed Oakland A’s 2002 season. DePodesta was instrumental in developing Sabermetrics for the A’s.

Who Is Paul DePodesta?

In 1997, Billy Beane becomes GM of the Oakland A’s. He is determined to use sabermetrics to build a successful team with very little money, and to do so, must look for underpriced players. By 2002, he assembles a sabermetric-focused team in the front office, most notably his Assistant GM, Moneyball’s Paul DePodesta, who had graduated from Harvard with a degree in economics and has never played professional baseball. Billy is a micromanaging GM, deferring very little in the way of trades, drafting decisions, or even on-field tactical decisions to his scouting staff or even the manager.

Going into the 2002 draft, Billy’s mandate is to acquire effective players on the cheap—and the draft is the best way to do this. When a team drafts a player, they acquire the exclusive rights to sign him, after which they have exclusive rights to his first seven years in the minor leagues and six in the majors. This gives the drafting team enormous leverage in the contract negotiation process, enabling savvy drafters to get good players for a fraction of what they would cost on the free agent market.

Billy has been burned in previous drafts by his scouting staff’s insistence on drafting high school players over college players, despite the objectively better performance history of the latter group. Based on his own experiences as a high school draftee, Paul DePodesta’s Moneyball statistical analysis, and his insights from reading Bill James, Billy Beane establishes a new rule for his club going into the 2002 draft: no high school players. Then Paul DePodesta and Billy Beane get to work finding the players.

Moneyball’s Paul DePodesta and Billy Beane create a shortlist of 20 players they wish to select, many of them overlooked and undervalued, but nevertheless, extremely talented college players with a talent for getting on base. But getting most of them, or even some, is difficult. Whether or not they are still available depends on what the other teams do. The picks any team ends up with depends on a combination of prioritization, strategy, and pure luck.

At the top of Billy’s shortlist are two amateur players—fielder Nick Swisher and catcher Jeremy Brown. Swisher is one of the relatively few players about whom both the traditional scouts and the sabermetric-focused newcomers are in agreement: the young player is a surefire MLB star.

Brown, on the other hand, is a highly unconventional pick. Most of the scouting on Brown assigns him a very low place in the draft, if, indeed, he is to be drafted at all. Although he has what appear to be great stats coming out of college, most of the scouting world (including the A’s own staff) has dismissed him as being too heavy to make it as a major league baseball player.

As the draft unfolds, Billy and his staff can’t believe their good fortune. As the rest of the league makes shortsighted draft choices (including many high school players), more and more of the A’s targeted players are available. The team snags 13 of the 20 players they had targeted, including Jeremy Brown (typically, getting three or four is considered a success).

Paul DePodesta and Billy Beane profit from the irrationality of their competitors, who overvalue athletic attributes like speed and strength which aren’t necessarily effective at winning baseball games. The A’s, instead, select players using a process of rational, scientific, data-based analysis, which is better at predicting their likelihood of succeeding in the major leagues.

Paul DePodesta’s Moneyball analysis was responsible for calculating many of the statistics and conducting player analysis that helped the A’s win. Amongst his many calculations was the one that famously stated the A’s need to win 95 games to make the playoffs.

They achieve this through shrewd, value-driven management of their most important asset: the players. No one on the team is treated as irreplaceable. Paul DePodesta’s Moneyball strategy means he is able to quantify the net runs each player contributes to the team (by adding runs through offense and preventing them through defense). Every action taken by a player has an expected run value.

Taking this a step further, Paul DePodesta calculates that the team will likely need to win 95 games to make the playoffs. To win 95 games, they will need to have a net run differential of approximately +135. And this makes the team’s task a lot clearer. They need to find a combination of players whose net run production will offset the loss of Isringhausen, Damon, and Giambi, plugging in those holes to get the run differential they need. 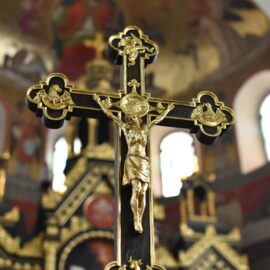