Looking for A Brief History of Time quotes by Stephen Hawking? What are some of the most noteworthy passages worth re-visiting?

Stephen Hawking’s A Brief History of Time is an exploration of the forces that govern our universe. The following quotes and passages simply but elegantly distill some of the key concepts discussed in the book.

Keep reading for quotes and passages from A Brief History of Time: From the Big Bang to Black Holes.

A Brief History of Time: Quotes With Explanations

“It is an interesting reflection on the general climate of thought before the twentieth century that no one had suggested that the universe was expanding or contracting. […] this may have been due to people’s tendency to believe in eternal truths, as well as the comfort they found in the thought that even though they may grow old and die, the universe is eternal and unchanging.“

For most of human history, people could only conceive of two possible states of existence for the universe. The first was that it had always existed, in an eternal, unchanging state. The second was that it had been created at a finite point in time. So, which of these ideas is true? Is the universe finite or infinite?

In reality, neither. Those ideas were informed by religious and theological concepts that put God or some other deity in the role of a Creator. The idea of a dynamic, and possibly even expanding, the universe did not yet exist.

But logic and observation confounded the idea of a static, eternal, infinite universe. In 1823, the German astronomer Heinrich Wilhelm Olbers made the point that in an infinite and static universe, every point of observation would end in a star, because there would be an infinite number of stars. The sky should be blinding white light with nothing else visible. Obviously, this is not the case.

The only way around this is to assume that the stars were activated at some fixed point in time—that the universe isn’t eternal and, instead, had some definite beginning. The reason we see a dark night was that the light from some stars hadn’t reached Earth yet. This was a major blow to the idea of a static, eternal, and infinite universe—there must have been a time before the stars.

“Many people do not like the idea that time has a beginning, probably because it smacks of divine intervention. (The Catholic Church, on the other hand, seized on the big bang model and in 1951 officially pronounced it to be in accordance with the Bible.)“

This notion that time had a beginning was troubling to many in the scientific community, because it seemed too much like the Judeo-Christian creation story, that time had a finite beginning. And it’s true that the Big Bang is consistent with (or at least does not preclude) a deity who may have set it in motion. The Catholic Church even pronounced the Big Bang as being in accordance with the Bible in 1951.

“Must we turn to the anthropic principle for an explanation? Was it all just a lucky chance? That would seem a counsel of despair, a negation of all our hopes of understanding the underlying order of the universe.“

The anthropic principle is appealing because it’s hard to explain why everything in our universe appears to be so perfectly calibrated to create the conditions we observe. Even slight variations in the charges of subatomic particles would have created something vastly different from what we see. It seems too precise to be just a coincidence. Thus, we look either to 1) a divine hand or 2) an infinite set of universes, where we just happen to be living in one that matches the observations we can see.

Stephen Hawking had difficulty accepting the idea of the anthropic principle, especially the strong variant. It seems to be more of a cop-out, a dismissal of the ability of science to accurately model the universe. This is once again at odds with scientific history, relying on near-magical explanations to hand-wave away hypothetical problems. Still, we need to find some way to explain the very precise and extraordinarily unlikely conditions of the universe without recourse to the supernatural or metaphysical.

“We don’t yet have a complete and consistent theory that combines quantum mechanics and gravity. However, we are fairly certain of some features that such a unified theory should have.“

Uniting quantum mechanics and relativity is one of the great challenges to establishing a complete theory of the universe. And although we’d probably never know if such a theory is even possible, we do know that there are only three possibilities for such a theory:

Since we know that the uncertainty principle hems in our predictions of particle behavior (and thus, the universe), we have modified our aims and now try to describe the universe and predict events only within the bounds prescribed by the uncertainty principle. Thus, we can ignore the third possibility. The second possibility, meanwhile, seems to be in better accordance with our observations and with the history of science’s progress.

We might never know if we discover the unified theory, because theories, by definition, can’t be “proven.” They can only be strengthened and supported by making correct predictions. But if our predictions consistently lined up with observations, we would have good confidence that we had found such a theory.

“A complete, consistent, unified theory is only the first step: our goal is a complete understanding of the events around us, and of our own existence.“

According to Hawking, the unified theory of everything is just the first step on humanity’s eternal quest for knowledge. Even though such a theory would, at first, only be known to a handful of elite specialists, this knowledge would eventually be disseminated across the human population. General relativity and quantum theory, too, were once the provenance of only the most cutting-edge theoretical physicists; today, they are taught to millions of college students around the world. Eventually, humans would aspire to possess a complete understanding of the events around us and the laws that govern our universe. 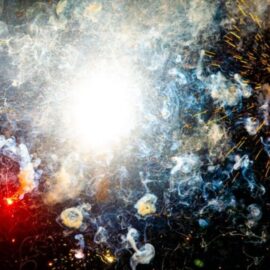 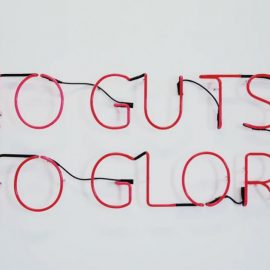 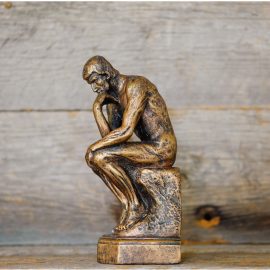 Solving the True Meaning of Happiness With Philosophy 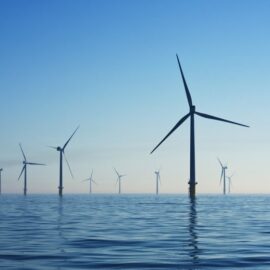