When Stephanie Land was working as a housekeeper, she often got sick and made only minimum wage. However, she did have some positive moments while working on the job.

Read more about the struggles and the bright side of working as a housekeeper, as told by Land in Maid.

Working as a Housekeeper

When Land begins working as a housekeeper, she makes minimum wage. In 2009, Washington State’s minimum wage is $8.55 an hour. The company she ends up with doesn’t pay for travel time. Land sometimes spends up to two hours a day traveling from house to house. It takes her at least an hour of work every day just to pay for the gas to get there. Land is unable to survive on her income from the maid service, so she later takes on her own clients as well.

Land’s work is physically demanding. She works alone, and her employer has strict rules about how much time she has to clean each house—some houses must be cleaned in as little as three hours. Land rushes to finish cleaning in the allotted time. Some of the houses are truly filthy and disgusting, which makes her task even harder. She doesn’t get a lunch break.

Land has multiple illnesses and injuries while working as a housekeeper. She injures her back moving furniture and has chronic back pain. Cleaning exacerbates a preexisting condition, causing a pinched nerve down her right arm that prevents her from gripping a sponge. She has to devise elaborate workarounds to scrub surfaces, and when she gets home at the end of a six-hour day, she can barely hold a plate or a grocery bag. She has lingering sinus infections as a result of her allergies to the pet hair, dust, and mold she encounters cleaning houses.

Although Mia is covered by Medicaid, Land makes too much money to receive it herself. Without health insurance, she can’t afford to see a doctor about her injuries, sickness, and pain, so she simply lives with them. She tries to rely on over-the-counter remedies, but they are expensive, so she has to ration them.

In order to work, Land needs to leave Mia at daycare, where Mia also gets sick constantly. Land receives a child care assistance grant that pays for half a day of daycare.

Because her job as a housekeeper only pays minimum wage, Land and Mia rely on food stamps (also called SNAP, or Supplemental Nutrition Assistance Program) to eat. Their diet is not varied because they can’t afford much. Land gives more of the food to Mia and often relies on coffee to stave off her own hunger. She eats a lot of instant noodles, and only buys fresh produce if it’s very inexpensive. At one point, the rules for the food stamp program change, and Land is allowed to spend exactly $10 a month for produce—no more. Because it’s cheaper, she has to buy unhealthy food full of artificial ingredients.

Finding Gratitude in Working as a Housekeeper

While many of Land’s clients are wealthy, their houses are filled with evidence that they are unhappy: photos of dead family members; antidepressant and anti-anxiety medications; a husband and wife leading separate existences, he in one bedroom with his porn magazines and she in another with her romance novels. At times, Land envies her clients because of their nice things. However, she increasingly feels that her own apartment, however small and faulty, is a home because she and Mia fill it with love. Land doesn’t have a lot of time to spend with Mia, but she makes sure Mia has a predictable routine and the two of them go exploring and find free activities to do together on the weekends. Her relationship with Mia makes working as a housekeeper worth it.

Land’s job as a maid makes her feel invisible. Small kindnesses from her clients—like one man buying her two lobsters for dinner, or another woman sitting down for lunch with Land and paying her for that time—help her make it through. 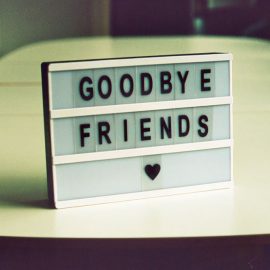 How to Be More Employable: Experience Is Everything 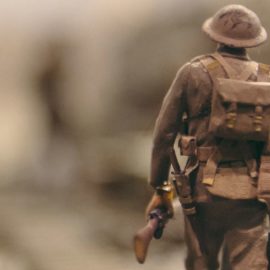 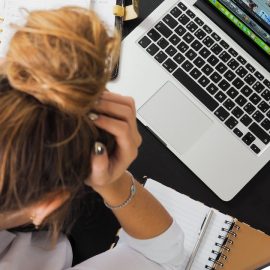