What is Truth-Default Theory? Why do we tend to assume the best in people, and is this evolutionarily beneficial?

Truth-Default Theory is the theory that when a stranger is lying, human beings default to assuming truth in others. We want to believe that what others tell us is true, and we’ll default to truth unless, or until, our doubts can’t be explained or rationalized.

We’ll cover the primary reason that most people cannot immediately identify a lie, and how the Truth-Default Theory may actually be an evolutionary advantage.

Truth-Default Theory and How It Works

Levine’s Conclusion on the Truth-Default Theory:

When watching the tapes, most people will guess that each person interviewed is telling the truth, unless they see a behavior that distinctly makes them think the person is lying. In other words, the viewers default to assuming truth—they naturally operate under the assumption that the majority of participants are honest. This is the Truth-Default Theory (TDT). Because of this default, viewers are more accurate at identifying truth-tellers than liars.

The Trivia Experiment itself is an example of how Truth-Default Theory plays a role in human behavior. Each participant that goes through the trivia test knows she is part of an experiment. Suddenly Rachel leaves the room and just so happens to leave the answers on the desk. The participant’s partner, who she’s never met before, suggests cheating. Wouldn’t you expect at least some of these college-educated participants to be suspicious at that point?

Every once in a while, a participant might catch on that one or more aspects of the trivia test is a setup, part of the experiment. However, they almost never assume that their partner is involved. Why not?

Levine concluded that a participant can have a suspicion, or even a series of doubts, but they will continue to believe the truth of the situation. The only way a person will snap out of the truth-default is if they gather enough doubts—if their suspicions rise to a level that they cannot explain away or rationalize. He called this a “trigger.”

So when a person (let’s call him Fred) comes across a stranger, Fred will generally believe what the stranger says. Even if he doubts the stranger several times, Fred will continue to default to the assumption that the stranger is telling the truth. Truth-Default Theory says that truth-default will hold until Fred gathers enough doubts to push him past the trigger point. If there are not enough red flags to trigger Fred to notice a stranger’s lie, it is only human that he would fail to identify the stranger’s deception.

Being able to detect lies seems like an unequivocal good. The Russian archetype of the Holy Fool demonstrates the benefits of being able to see the truth of a situation. The Holy Fool is typically an eccentric character, sometimes even a crazy one, who has access to truths that other characters don’t have access to.

For example, in “The Emperor’s New Clothes” by Hans Christian Anderson, the king believes that he has a magic outfit that can only be seen by intelligent people. When he walks down the street, no one is willing to admit that the king is naked, for fear that they’ll be called stupid. Only a small child yells out over the crowd, “The king isn’t wearing anything!” The child is a Holy Fool.

So why don’t more people think like the Holy Fool? Isn’t it beneficial to be able to spot a lie?

If you think about it, Truth-Default Theory is the reason that criminals so often go undetected. So wouldn’t it be beneficial for humans to have evolved with better lie detection skills? Why is it still a natural human behavior to default to truth? Defaulting to truth aids in our survival.

Ultimately, Levine concluded that human beings do not need to identify lies (from a survival standpoint) as much as we need to be able to have efficient communication and trusting social encounters.
He argues that truth-default is highly advantageous to survival because it allows for effective communication and social coordination. From an evolutionary standpoint, being vulnerable to deception does not threaten human survival, but not being able to communicate does threaten human survival. To better understand this point, we have to look at what happens when we don’t default to truth. This is the point of Truth-Default Theory. 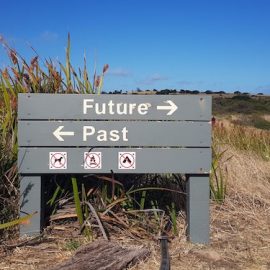 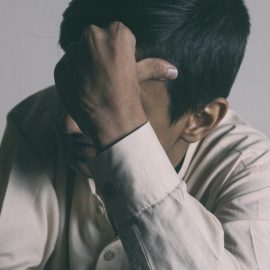