What is the meaning of the phrase “no more Mr. Nice Guy? Where did it originate?

Find out the true meaning of “no more Mr. Nice Guy” below.

What Does “No More Mr. Nice Guy” Mean?

In this article, we’ll discuss the meaning of “no more Mr. Nice Guy,” but we’ll first discuss the history behind this phrase.

The negative connotation around “nice guys” existed long before Robert Glover’s book. In fact, there’s an entire Wikipedia page dedicated to the term and the various studies, perspectives, and stereotypes it’s spawned since the mid-20th century.

For instance, you’re probably familiar with the idiom “Nice guys finish last.” This phrase has existed since the 1940s and, although it was originally in reference to playing nice in baseball, it’s since come to encapsulate many of the negative stereotypes associated with the success and dating lives of nice men (such as being pushovers or generally bad with women). Even Glover plays with this phrase in his online class, “Nice Guys Don’t Finish Last, They Rot in Middle Management.”

Starting in the 1990s, sociological and psychological studies began examining the general success (or failure) of men best described as “nice.” These studies were usually based upon women’s opinions of different types of men. For example, one 2003 study wanted to understand why some women say they want a “nice guy” but end up pursuing those who possess other (maybe not-nice) traits. (The study found that women looking for long-term relationships prioritized nice men and those looking for casual hookups prioritized attractive men.) However, these studies mostly failed to define a “Nice Guy,” as its meaning often depended on the subject’s interpretation of the term.

Unlike these studies, the meaning of “no more Mr. Nice Guy” in Glover’s book is from a self-reflective, distinctly male point of view. Rather than scrutinize women’s opinions, he tapped into his psychotherapist background and turned instead to Nice Guys’ opinions of themselves and how that affects their approach to life. Today, our popular understanding of what constitutes a “Nice Guy” (in the negative sense) aligns closely with Glover’s definition. As we can see, the meaning of “no More Mr. Nice Guy” is dependent on the context.

Do you pride yourself on being the nicest guy in the world? Does your fear of disapproval lead you to people-please, avoid conflict, and repress parts of yourself? If this sounds like you, you might be what Dr. Robert Glover calls a Nice Guy.

In the face of struggle, dissatisfied men use the tactic they know best: Be nice. However, according to Glover, “being nice” rarely yields the desired outcome, and Nice Guys’ insecurities frequently emerge as passive-aggressive or dishonest behavior. Their repetitive, ineffective approach to life leads to unsatisfying intimate relationships, bitterness, and disappointment.

So, how can Nice Guys improve their lives? According to Glover, the key is to become an Ideal Man. The Ideal Man is—above all—self-accepting. Unlike the Nice Guy, he’s secure in his self-image, masculinity, and sexuality. This allows him to live the life he wants.

As such, in Glover’s book, the meaning of “no more Mr. Nice Guy,” refers to a man letting go of his insecurities in order to become more confident and integrated. He is effectively rejecting the “Nice Guy” mindset. 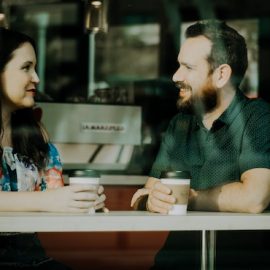 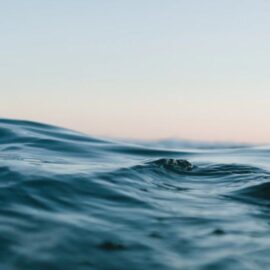 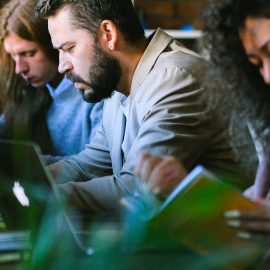 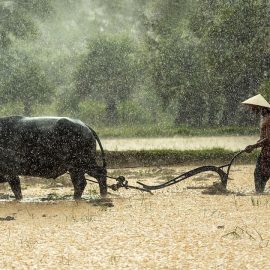 Is the Agricultural Revolution a Myth? Debunking the Narrative