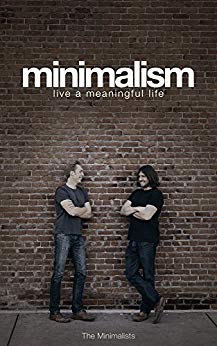 Want to turn your career around and focus on your passions? Learn career advice directly from The Minimalists.

The Minimalist Mindset About Careers vs Passions

Many people expect a career to be more fulfilling than a job. They believe it’s the ticket to a meaningful life.

However, having a career often sidetracks you from that goal. The reason is that people invest in their careers to the point of assuming an identity and social status based on their job title.

Our cultural norms aid and abet this tendency. One of the first things people ask when getting acquainted is, “What do you do?” This seems innocuous, but the implied question is, “What do you do for a living?” — and you know you’ll be judged (assigned a social status) based on your occupation.

According to The Minimalists, Once you believe your career is who you are, it’s difficult to give up that identity even if you come to hate your career.

(A better way to answer the “what do you do” question is to reply with what you’re passionate about. For instance, “I’m passionate about cooking; what are you passionate about?” It leads to more interesting conversations than the typical answer along the lines of “I’m a director of operations.”)

The truth is, you’re far more than your career; you have passions that you can pursue for a meaningful life.

It can be difficult to find your passions because you tend to get stuck in the daily grind, held back by four main anchors: identity, status, certainty, and money

The Anchor of Identity

Your occupation is an anchor holding you back when you believe it defines who you are as a person.

According to The Minimalists, when your job or career becomes your identity, it’s difficult to do anything else. That’s why many people stay in the same industry when they change jobs. It’s hard to realize you are much more than your vocation and/or your stuff.

Joshua and Ryan worked to come up with more meaningful identities than their corporate titles. They had to publicly identify themselves with new labels, such as mentor, leader, contributor, and minimalist. These identities are transferable to whatever they do, unlike their career identities.

Once you remove the anchor of identity, you can remove other anchors.

The Anchor of Status

As people climb the corporate ladder, get more tenure, and become more comfortable in their careers, a feeling of status becomes part of their career identity.

A perceived loss of status makes people feel ashamed, useless, or depressed when they lose their job. They feel insignificant without it.

According to The Minimalists, People associate their job with status because it’s something they have some control over. If you work hard, you’re rewarded with awards, praise, perceived power, promotion. Society programs us to want instant results, and puts more emphasis on career and money than status of any other kind.

However, the most important things in life (health, relationships, passion) are more difficult to control and don’t provide instant gratification. They don’t confer status.

For example, stay-at-home dads don’t get much respect — they might be deemed lazy — because they aren’t making a lot of money or advancing a career.

TheMinimalists.com founders Joshua and Ryan removed the anchor of status by placing less value on what people thought about their jobs, and also by showing people why their new identities were more important.

With a more positive idea of status, you can embrace more variety in your life, and give up some of the certainty (comfort in the familiar) that’s weighing you down.

The Anchor of Certainty

Everyone needs some level of certainty. For instance, you must be certain your ceiling isn’t going to collapse while you sleep, or that an approaching car won’t run over you.

But aside from our basic needs for safety, the level of certainty people need varies from person to person. For instance, a race car driver needs less certainty than the average person. But we all need to be able to step outside our comfort zones — and remove the anchor of certainty.

Certainty feels comfortable but can be the reason you don’t make changes you want to make.

You don’t want to trade your comfort today for something that could be less comfortable tomorrow.

There are two ways to motivate yourself to change.

In practice it works differently for different people. Joshua quit his corporate job without having a plan. The pain of not pursuing his passions wasn’t worth the certainty his career provided. However, Ryan eased out of his job more slowly, associating increased pleasure with pursuing his passions.

The Anchor of Money

Money is another layer of certainty. It has a powerful hold on many people. Money is often the reason people keep doing something they hate (Gotta pay the bills!). But while you need to make a living, you can do it while pursuing your passion.

Money problems inject anxiety into our daily lives, and keep us in discontent. We never seem to have enough money; we live from paycheck to paycheck, and can’t get ahead.

The best way to remove the anchor of money is to give it less importance in your life. The authors did this by developing a five-step plan to regain control of their finances…

What Is Your Image of God? Creating Your God

2 Different Types of Prayer to Be More Creative 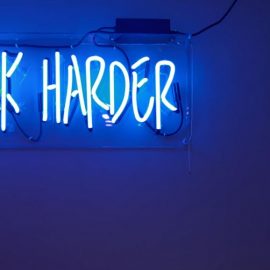 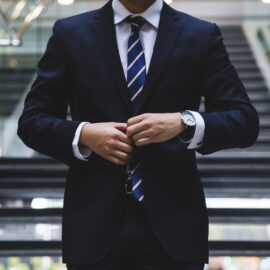 How to Live Off Investments (and Not Run Out of Money)