The growth mindset is the idea that intelligence can be trained, and that determination can help you improve your skills. In order to have grit, you must also have a growth mindset.

Read more about the growth mindset and how it relates to grit.

A similar concept is the growth mindset, that intelligence can be trained and is not innate.

To consider whether you have a growth mindset, see how much you agree with these statements:

The growth mindset increases grit and perseverance – if you hit an obstacle, you don’t attribute it to permanent personal traits. You instead believe you have the capacity to improve, no matter what you do. In contrast, with a fixed mindset, you think that you failed at something because you simply don’t have it in you and you’ll never have it – so why keep trying?

A surprising finding: adolescents change their IQs from adolescence to adulthood. This may be a special event in puberty, but suggests that our brains are plastic and can be rewired.

Why is a Growth Mindset Helpful?

What evidence shows the benefits of optimism and growth mindset?

Optimists are less likely to suffer from depression and anxiety, tend to earn higher grades, stay healthier, are twice as likely to stay in their jobs, and sell 25% more than pessimists. In a study of Teach for America teachers, optimistic teachers were grittier and happier, and they led to higher achievements for their students.

Both optimism/pessimism and growth/fixed mindset can be self-reinforcing in vicious cycles or virtuous cycles.

Negatively, if you believe your skills have hit their permanent limits, and you believe life’s problems are caused by those limits, you are less likely to overcome roadblocks – after all, it’s logical to give up if there’s no way out. Your recurrent failures then perpetuate your negative feelings, which further reduce your likelihood of success and cause you to avoid challenges that would have led to growth.

In contrast, if you believe your skills can perpetually grow, and that misfortune is temporary and can be fixed, you keep trying to solve problems. When you break through and improve, you further reinforce your positive beliefs, which makes you try even harder next time. Importantly, you actively seek challenges beyond your ability that lead to growth (remember deliberate practice).

Suggestive evidence of long-term effects comes from the original Seligman/Maier shocking experiments. They performed the same experiment on adolescent rats, and assessed them five weeks later as adults. The rats without control over shocks grew up timid and less adventurous. In contrast, the rats with control seemed resilient to learned helplessness.

Maier argues that neural rewiring is strengthened by actual success. Just telling someone they can overcome roadblocks isn’t enough – you have to pair the low-level feeling of progress with high-level mindset changes to strengthen the connection between cause and effect.

The duration of learned helplessness is troubling for kids in poverty, who receive a lot of helplessness experiences and not enough mastery experiences. For kids at the more impressionable age, the wiring between failure and mindset can be strengthened repeatedly. Similarly, kids who coast through life without having to overcome adversity can have low grit that makes them crumble under pressure. Both situations can be reinforced by fixed mindset attitudes from parents or teachers – “you’re just no good at this, and you’ll never amount to anything.”

How to Increase Optimism

How do you increase your optimism and growth mindset?

First, update your beliefs about intelligence and talent. Believe that your brain is plastic, and you have the ability to grow. Believing in the growth mindset if important to actually developing it.

Next, practice optimistic self-talk. (The book says to see a therapist and doesn’t give many examples, but optimistic self-talk may sound something like “great job! You tried hard, which gave you a chance of success.” “That didn’t work. How did you approach it, and how can you improve next time?” “Don’t feel bad if you can’t do it yet. You’ll get there.”)

Ask for help. Mentors with growth mindsets can coach you through introspection and set goals to push you on the virtuous cycle.

When you default to fixed mindset, recognize it, and put a label to that persona. Call yourself “Pessimistic Pete” or “Abdicating Aaron.”

The growth mindset is an important part of having grit. 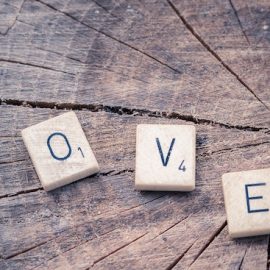 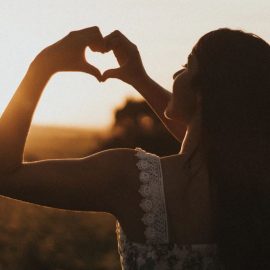 What Is Self-Care, and Why Is It Important?