Why is it important to take some time to be alone? What are the psychological benefits of solitude?

Many people resist staying alone with their thoughts because it makes them uncomfortable or under-stimulated. However, there are significant psychological benefits of solitude which our culture tends to overlook because we place such a high value on connectivity.

Keep reading to learn about the benefits of solitude.

Why We Need Alone Time: The Benefits of Solitude

While close personal relationships are a critical source of happiness, time with close friends and family must still be balanced with time spent alone with your thoughts. Solitude is essential in order to:

Great thinkers throughout history have recognized the benefits of solitude. For example, Abraham Lincoln spent much of his presidency commuting from the White House to a quiet cottage on the edge of the woods so that he could have the solitude he needed to work through challenges. Lincoln used his commute time as well as the quiet space the cottage provided to sit in thought and walk the grounds as he contemplated how to lead the country through the Civil War. Lincoln even wrote the first drafts of the Emancipation Proclamation at the cottage. René Descartes, Immanuel Kant, and Friedrich Nietzsche were among others who had no families and few friends, but used solitude to lead productive, notable lives.

You don’t have to be physically alone to have solitude—you just need to be alone with your thoughts. The value of solitude is in having a break from all outside input, which means that you’re not:

The author Virginia Woolf described solitude as freedom from the oppression of constant noise and distraction. We are bombarded everywhere and every moment with sights and sounds—from Muzak in elevators to TV screens at gas pumps. As external noise has been growing louder and more pervasive, our constant reliance on smartphones has led to a steady hum of self-imposed noise, as well. When was the last time you had a quiet moment alone, and you didn’t pull out your phone?

In generations past, people worried about innovations such as telegraphs and TV sets intruding upon solitude. However, digital tools today are more ubiquitous than any of their technological predecessors. It started with the iPod: Before Apple released the iPod, people could listen to music on the go with Discmans and Sony Walkmans, but they typically did so only in certain settings, such as while exercising or traveling. Once iPods appeared, they went everywhere with people, providing a soundtrack to people’s entire days. Whereas previous technologies could interrupt solitude intermittently, the iPod was the first innovation that could continuously distract people from their thoughts.

Despite the iPod’s ubiquity, there were still occasions when it was inappropriate or inconvenient to pop in earbuds—for example, while waiting for a meeting to start or while sitting bored during church. But when Apple launched the iPhone, it eliminated the remaining bits of solitude. During moments when people couldn’t listen to music, they could sneak a quick glance at a text message or an app. As a result, people now face the real threat of solitude deprivation, meaning that they have virtually no time with their own thoughts.

The importance of solitude becomes more pronounced when you consider the consequences of losing it. Solitude deprivation erodes your quality of life by eliminating the wide-ranging benefits of solitude (including creativity, self-reflection, and improved problem-solving)

Nowhere are the effects of sustained solitude deprivation more apparent than among members of Generation Z, who were born during and after the mid-1990s and grew up with constant access to the internet through tablets and smartphones. Collectively, members of Gen Z are glued to their digital devices more than any other group: A 2015 study found that teenagers spent an average of nine hours a day consuming media, including through social networks and text messages. The consequences of Gen Z’s solitude deprivation are becoming apparent, with skyrocketing rates of anxiety, depression, and suicide among teens.

Psychology professor Jean Twenge investigated the connection between Gen Z’s digital use and their mental health, and she found that the sharp decline in teen mental health started at the same time that smartphones took over the cell phone market. Although modern teens deal with many of the same issues that adolescents have faced for generations—such as social pressures and mental and physical changes—their constant connectivity is not only exacerbating those issues but also creating new ones. (Shortform note: Read more about Twenge’s investigation in our summary of her Atlantic article, “Have Smartphones Destroyed a Generation?”)

While teens and young adults are generally experiencing the most severe symptoms of technology overuse, people of all ages are living their daily lives with constant low-level anxiety because of their constant connectivity. People need downtime to maintain a mental and emotional equilibrium.

It’s difficult to disconnect in a hyper-connected world, but there are some simple strategies you can use to get a little solitude.

1) Get away from your phone for a while. If you go out to a movie or meet a friend for dinner, leave your phone at home or in the car. If that feels too extreme, ask your friend to put your phone in her pocket or purse—whatever you can do to make the phone less accessible to you. Try to regularly get some time away from your phone.

Many people are reluctant to stray too far from their devices because they fear that something terrible will happen while they’re temporarily unreachable, but these concerns are generally overblown. To keep things in perspective, remember that just a couple of decades ago, people didn’t have portable communication (besides payphones)—and, although it might have been a little more inconvenient, they got along just fine.

2) Take long, quiet walks. Try to make time for leisurely walks that give you the opportunity for quiet reflection. Resist the urge to talk on the phone or listen to a podcast—just be with your thoughts. Of course, you can have solitude anywhere, but the unique mental and emotional benefits of walking have been well-documented: For about a decade, Nietzsche walked up to eight hours a day, and it helped him produce several influential books.

3) Write down your thoughts. Writing is a form of productive solitude, and writing a journal entry or a letter to yourself is a valuable way to process your thoughts. You don’t necessarily need to write daily—simply use writing as an outlet to work through difficult problems and big emotions.

Exercise: How Much Solitude Do You Get?

Reflect on the role of solitude in your life.

Like what you just read? Read the rest of the world's best book summary and analysis of Cal Newport's "Digital Minimalism" at Shortform .

Here's what you'll find in our full Digital Minimalism summary : 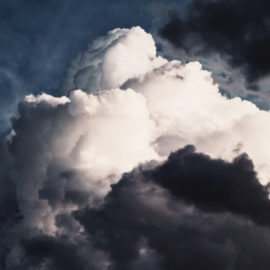 What is Mitote? from the Four Agreements 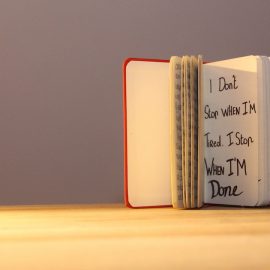 The Importance of Perseverance: The Stoic Devotion to Life