What happens when you put members of the 4 tendencies together? Which pairs do well and which shouldn’t be in the same room?

According to The Four Tendencies author Gretchen Rubin, some tendencies tend to get along better while some tend to butt heads when they’re together. While tendencies aren’t by any means an all-encompassing personality trait, you can generally tell if you’ll get along with a person based on their tendency.

Here is how the 4 tendencies work together.

The 4 tendencies don’t doom a relationship of any kind—work, marriage, or family—but they don’t guarantee success either. Remember, your tendency as outlined here only defines how you respond to expectations: people are much more complex than just their tendency.

But patterns do generally emerge when two people of the same or different tendencies are colleagues, spouses, or family.

(Shortform note: Every pairing is represented here, but your tendency might come second.)

According to Rubin’s research, this pairing is actually rare, perhaps because Upholders themselves are rare.

The Upholder-Upholder pair makes great colleagues and bosses because they’ll get their work done, don’t need supervision from each other, and want to fulfill each other’s expectations.

However, if Upholders pair up romantically with other Upholders, it might actually be an intense situation for other people. One woman in an Upholder-Upholder marriage wrote in that she and her husband are both coaches and are empathetic and caring with their clients and students—but behind the scenes, they actually both feel a lot of judgment for people who need motivation, since they don’t need any themselves. Since neither have another tendency to offset the judgment or push against the Upholder characteristics, they sometimes reinforce each other’s less ideal behavior.

This is actually a common pairing—Rubin, an Upholder herself, is married to a Questioner. This pairing makes successful coworkers, spouses, and families (though not without some struggle, as detailed below).

But frustration can arise—neither tendency likes being questioned as to why they do something, but the tendencies have opposite reasons for feeling that way: Upholders believe things should be done when someone expects them to be done, and Questioners feel that things should only be done when there’s good reason to do so. Since these reasons are opposite, this pairing will find themselves getting frustrated with each other.

This is generally a good pairing in any arena, cooperative and reliable with external expectations.

Obligers can often find Upholders selfish when they meet their own internal expectations without caring about the external consequences. (Shortform example: An Obliger feels external social pressure to go to a work party, but their Upholder spouse would rather spend the evening in, recharging, prioritizing internal expectations over external.)

Obligers can also get frustrated that their Upholder partners won’t provide accountability for them, while Upholders can feel uncomfortable that Obligers do things purely for the sake of other people and not for themselves.

This pair works best if it’s a relationship where neither has expectations for the other. For example, a Rebel roommate and an Upholder roommate might be appalled at the way each other live their lives, but as long as they don’t affect each other’s lives, they can live together fine.

This pair can also work if the Rebels have an identity strongly based on love and family—two things that will keep them less resistant to Upholders’ expectations.

This pairing works because both partners understand the need for answers and reasons. But they can also struggle if both Questioners are prone to analysis-paralysis, and fall into a joint state of indecision.

One realm where the Questioner-Questioner relationship is very beneficial is in the form of a Questioner parent and a Questioner child. These parents understand the tendency. They won’t get annoyed by their children’s questions, and will work to give them the answers they’d want.

However, as we know, Questioners don’t like being questioned but continually question other people’s behavior, so this pair in any form can run into some difficulty with each other.

This pairing can work well because Obligers will meet Questioners’ expectations without question.

However, Obligers can also get frustrated with Questioners’ need for answers, specifically in a parent-child relationship, where the Obliger parent just needs the Questioner child to do something.

Questioners can also, similarly to Upholders, be judgemental of Obligers’ difficulties with meeting internal expectations.

Since both tendencies resist external expectations, this pair can work out all right.

But Questioners can get very frustrated with Rebels’ contrarian nature, especially if a Rebel resists something that is efficient and logical.

Rebels also don’t respond well to Questioners’ need for answers—they’ll feel like they’re being pushed to fulfill an expectation, and will double-down and resist answering even more.

This pair will be very harmonious and cooperative, fulfilling external expectations with ease and trying to keep each other happy and satisfied. Obliger-Obliger pairings might actually feel extremely taken care of in this partnership—Obligers often feel like no one does anything for them, but two Obligers will want to do things for each other.

But they will both struggle with internal expectations. Their Obliger tendencies might be a benefit here: if Obliger 1 feels like Obliger 2 expects to be held accountable, then Obliger 1 may be able to do that to fulfill the external expectation. But this pairing may also have to find accountability outside of the relationship.

Rubin discovered a pattern among Rebels: the ones in successful, long-term relationship were usually paired up with an Obliger. The other pairings didn’t work: Upholders view Rebels as irresponsible and impulsive, while Rebels feel Upholders are too rigid. Questioners also view Rebels as impulsive, while Rebels feel Questioners spend too much time thinking.

However, this pairing can go south, and it’s a particularly difficult relationship for parents and children, in either configuration. Obligers will want Rebels to respond to external expectations, and Rebels will judge Obligers harshly for fulfilling them

This is another tough pairing. Rebel pairs can be, at best, two ships in the night, passing each other in pursuit of what they want to do individually; at worst, two Rebels can go to bat against each other if their identities clash or their wants differ.

If their natures, identities, and causes line up almost perfectly, it can work, and it can work if two Rebels build a life together that works for them. 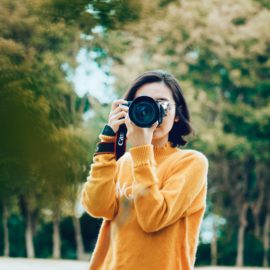 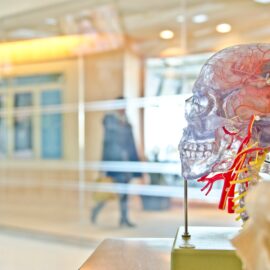