What causes procrastination? Why do we put off things that matter to us the most? More importantly, how can you stop procrastinating once and for all?

Contrary to a common misconception, procrastination doesn’t result from laziness or lack of motivation. Rather, procrastination stems from how you think about and approach work. Therefore, the key to overcoming procrastination is changing your relationship with work (and play).

With this in mind, here are four strategies for overcoming procrastination.

Strategy #1: Change How You Talk to Yourself

The first strategy for overcoming procrastination is to change your self-talk. Fiore argues that procrastinators typically talk to themselves in “have to” and “should” statements—both of which only build negative feelings that then lead to procrastination. According to Fiore, if you tell yourself you “have to” do something, you make yourself a powerless victim of circumstance because you feel like other people or external circumstances are coercing you to do whatever it is. This causes undue stress, pressure, and resentment.

The answer to these problems, Fiore says, is to change your self-talk to emphasize choice and agency. In other words, instead of telling yourself you “have to” or “should” do things, tell yourself you “choose to” or “want to” do things. Doing so, Fiore says, removes the unnecessary stress and judgment and puts the emphasis on your wants and your agency.

Strategy #2: Change How You Plan Your Week

Fiore’s fundamental planning idea is that you should plan your week around your leisure time, not your work. He recommends that you start by writing down specific appointments as well as necessary activities like eating and sleeping. Next, add scheduled leisure time—which can include play, socializing, hobbies, self-care (for example, exercise or meditation), and so on.

Fiore recommends scheduling at least half an hour of recreation or relaxation per day. He also recommends dedicating one day entirely to play—in other words, one day completely free of work (though he says it’s okay to tackle a few small chores that you didn’t have time for elsewhere).

Fiore says that following these guidelines forces you to see how little time you actually have for work in a given week—which in turn motivates you to make the most of what time you do have. He says that this approach also guarantees that you take time to play and that you don’t feel guilty for doing so. The idea is to reduce your resistance to work by making it seem less overwhelming.

Don’t Schedule Your Work—Track It

You probably noticed that Fiore’s scheduling guidelines mention necessities, appointments, and play, but say nothing about work. That’s because Fiore advises against scheduling work in advance. Instead, he recommends that throughout the week, you record work as you do it, and only if you follow these rules:

1) Only record blocks of work after you’ve done at least half an hour of uninterrupted quality work on a project. This rule has two goals: 1) To break your work into manageable chunks so you don’t get overwhelmed, and 2) to encourage you to stick with a project even when it’s challenging.

2) Take a break after each block of work. Either rest or move to a more enjoyable task. The idea is to reward yourself for starting and sticking with something hard and to recharge your motivation and creativity.

3) Total up your hours of quality work each day and for the whole week, and celebrate your accomplishments. Fiore says that simply keeping this record is rewarding and that you’ll feel motivated to do more work as you watch your tally of hours accumulate.

Strategy #3: Change How You Approach Projects and Goals

Fiore says that his scheduling guidelines will change how you think about work’s relationship to the rest of your life. But even if you feel less resentful about having to do work, you might still find yourself procrastinating. Sometimes, the problem might be how you think about the work itself—especially when tackling a large or complex project. Therefore, Fiore gives several suggestions for how to approach large projects while avoiding procrastination-spawning emotions like fear and anxiety.

Avoid Overwhelm by Breaking Down Projects

Sometimes we procrastinate because we’re overwhelmed by the enormity or complexity of the task in front of us. We’re not sure what to do, and we doubt our ability to complete the work. Other times, we underestimate how much work will be needed or how long it’ll take. To help avoid these problems, Fiore recommends breaking down large projects into smaller steps.

For example, say you want to buy Christmas presents for your friends and family. If you just add “buy Christmas presents” to your to-do list, you might find yourself avoiding the task—it sounds like a lot of work, and you’re not immediately sure what needs to be done. Plus, it’s only October, so you have plenty of time. This is a recipe for procrastination: The task itself is complex but ill-defined, which encourages you to put it off until you start panicking about the deadline and beating yourself up for not starting sooner—neither of which will help your shopping (or your holiday spirit).

Fiore says you can avoid these problems by breaking down “buy Christmas presents” into its component tasks. These tasks might include making a list of everyone you want to give presents to, brainstorming present ideas for each recipient, and so on. Next, Fiore recommends that you set deadlines for each step in the process. For example, if you’re mailing presents, you’ll need to know the last date to ship with guaranteed delivery by Christmas.

Avoid Perfectionism by Emphasizing Starting Rather Than Finishing

Even once you have a detailed plan for tackling a major project, you might still find yourself procrastinating instead of doing the work. Fiore says this is another place where perfectionism gets in our way. He explains that we often focus too much on the end product—and because we want the finished product to be perfect, we never take the first steps of actually starting.

To counteract these tendencies, Fiore recommends you think of a project as a series of small starts. This advice works well with the previous suggestion to break down projects into their component tasks—instead of worrying about how you’ll finish all of your Christmas shopping, you can consult your list of small tasks and decide which one to start in your next 30-minute work session.

Focusing on starting is also a psychological shift—it doesn’t literally mean that you always start something new and never come back to a partially completed task. The idea is that emphasizing starting instead of finishing removes the pressure to be perfect or to get things right the first time. Fiore warns that sometimes we think we’re working on a project when in fact we’ve fallen into a trap of never-ending research, preparation, and planning—past a certain point, he says, activities like these are just another form of procrastination.

Strategy #4: Learn to Focus While Working

As we saw with the previous work-tracking guidelines, Fiore points to the importance of staying focused while working. For him, being focused means getting into a flow state and avoiding distractions.

Getting Into a Flow State

Fiore argues that you can avoid procrastination and work more efficiently if you get into a flow state—a state of enhanced calm, concentration, creativity, and ease. Fiore suggests that you can enter a flow state by performing focusing and relaxation exercises before starting a work session. Fiore gives detailed instructions for the exercises, which combine deep breathing, mindfulness techniques, and positive affirmations.

To help you concentrate and get into a flow state, Fiore recommends having a plan to deal with distractions as they arise. He argues that most distractions can be handled the same way: Write down the distracting thought or impulse and get back to work. That way, you don’t procrastinate on one task by doing another, but you also don’t forget to do genuinely important things later. He says the one exception to this technique is strong emotions, which might require you to take a few minutes to sort through your feelings before returning to work.

Finally, Fiore recommends tackling resistance in advance by mentally rehearsing before you get to work—in other words, visualize what you plan to work on as well as the resistance and distractions you expect to face. This way, Fiore says, you can come up with strategies for overcoming procrastination and distractions ahead of time and you’ll be prepared when these obstacles come up. 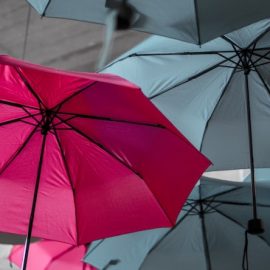 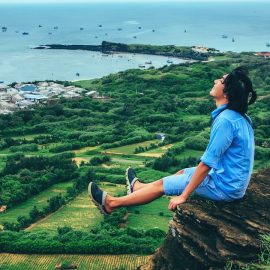 How to Live a Good Life: 3 Practical Tips From Epictetus 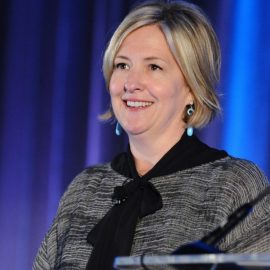