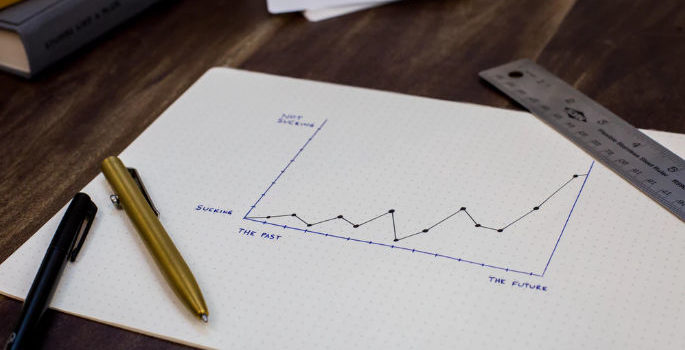 What are the steps in the production process? How do they work?

There are three important steps in the production process. You’ll need to learn to increase output in all steps of production.

Read more about the steps in the production process and why they’re important.

Three Steps in the Production Process

There are three steps in the production process in a factory. Thinking about these steps can help you both maximize production output, and think of other business workings as factory productions.

The first two steps in the production process go together. To determine the fastest, most cost-effective way to produce products in a factory, manufacturers first determine throughput times (how long it takes to prepare individual product parts) and then offset them (start them at staggered times so they’ll all be completed at the same time and ready for assembly). To do this:

1. Determine the limiting stage, which is making the component that’s most time-consuming, valuable, or sensitive. You’ll organize your workflow around this stage.

2. Determine how long the next-longest stage will take. You’ll time starting this stage so the component is ready at the same time as the limiting stage.

Three things might complicate these steps in the production process:

1. Limited equipment availability. If you don’t have constant access to equipment, you need to factor waiting time into your throughput time. Waiting time could make a different component’s production the limiting step.

2. Offsetting conflicts. If you’re in the middle of one task at the moment you’re supposed to start another, you’ll throw off the timing because you can’t do both things at once. You could ask someone else to help you, but this isn’t dependable. There are three better ways to handle this:

Option #1: Specialization. Assign everyone involved in the process to a single task, and then combine everyone’s work at the end to create multiple final products (instead of everyone individually making their own product). The downside is that specialization is expensive because you need more staff.

Option #2: Purchase more capital equipment. Buy more of whatever tools are needed to complete the limiting step. The downside is the expense of doing this.

Option #3: Increase inventory. Make as many products as you can, so that you’ll have constant access to products so you can supply them as soon as orders come in. The downside is that you’ll have to throw away the extra, which can be expensive.

Choose the most cost-effective option. Do this by studying the pluses and minuses of each factor. You don’t have to use math or a stopwatch; you just need to reflect enough to understand the relationships between everything involved in your production process.

3. Unexpected events. Unforeseen circumstances (such as equipment breakdown) can cause delays and upset the production process. To avoid this, build “slack” (extra time or resources) into the system so that if there’s a delay, you can make up for it.

The easiest way to create slack is to build extra inventory. The best way to balance the cost of building this extra inventory is to keep the inventory at the earliest possible production stage: For instance, keep extra raw materials rather than extra completed products. In every production flow, the material gains value at each step of the process. For example, toast is more valuable than bread, and a three-piece breakfast is more valuable than an egg, toast, and coffee separately. Keeping the inventory at the lowest-value stage saves you money, as if you do have to dispose of the extra inventory for any reason, you’re losing cheap raw materials rather than expensive finished products.

The last of the steps in the production process is testing. Testing examines the raw materials, parts, or the final product for flaws. First, we’ll look at when you should test, and then we’ll look at the different ways you can carry it out.

As we learned, material gains value as it passes through each production stage. Therefore, you should always try to catch problems at the lowest possible stage to save yourself money.

You should test at three different points during production:

Point #1: Upon Receipt of the Raw Materials

This is also called an incoming or receiving inspection. If you can catch any problems at this early stage, you can avoid contaminating the whole product with one bad component.

If raw material inventory doesn’t meet your standards, you have two choices:

Choice #1: Send it back. If you do this, you won’t be able to build anything until you replenish your supply, which may cost you in lost opportunity.

To avoid getting into this situation, purchase extra raw material inventory. The general rule is that you should have enough to last you the amount of time it would take to replace your inventory.

Choice #2: Use it anyway. If you do this, the quality of some of your final products will be lower.

In manufacturing, the decision is usually based on cost—which is more expensive, an idle factory, or a lower-quality product? (To decide, manufacturers gather managers from the manufacturing, design engineering, and quality assurance departments to discuss.)

However, there is one hard rule: Never use unacceptable material if it could cause your product to completely fail, which is called a reliability problem. Complete failure has unpredictable and potentially dangerous consequences.

These tests check the components while they’re at various stages of completion. There are two types:

Type #1: Functional, which involves destroying a product to check its quality.

Type #2: Process, which involves checking the process that makes the product. This option is generally better because you don’t have to destroy any product.

This is also called the final or outgoing quality inspection. The final, assembled product is tested.

Steps in the Production Process and How They Work