How did St. Augustine transform himself from an addict of earthly pleasures into a Saint? What role did religion play in his character transformation?

St. Augustine’s younger years were spent succumbing to his earthly desires, such as thievery and sex. Despite his social standing, he didn’t feel successful because of his addictions. It wasn’t until St. Augustine surrendered to God that he was able to renounce his sinful ways.

Keep reading for a brief biography of St. Augustine.

The Life of St. Augustine

St. Augustine, a 4th-century theologian who learned to reject his fleeting human desires and surrender himself to God and grace, demonstrated the importance of:

Here is a brief biography of St. Augustine character development.

St. Augustine was born in 354 AD in what is now Algeria. His mother, Monica, was a devout member of the African Christian community and wanted her son to be equally devoted to God. But the young Augustine didn’t feel drawn to religion and saw his mother as smothering and possessive.

A brilliant student, Augustine often felt bored by his studies. He was such a high achiever that a wealthy patron chose to sponsor his higher education, which led him to a university in Carthage at age 17. There he was consumed with lust. His ego required the love of many women (it’s conceivable that he may have had what today we call a love or sex addiction).

Meanwhile, Augustine’s social life and career took off. He excelled in school, graduated and became a respected teacher. He traveled in prestigious circles and joined an intellectual sect known as the Manicheans, which was filled with smart, upwardly mobile men like himself who saw themselves as superior to others. He even took a lower-class common-law wife, a common practice among men of his social standing.

By most measures, Augustine was a success, but he did not feel like one internally. While he craved earthly pleasures, he was simultaneously repulsed by his own cravings. By his late 20s, he was ravaged by inner turmoil. He had devoted his entire life to pursuing whatever selfish desire he had at the moment, but he never felt fulfilled. He knew that the way he was living was not making him happy, but he didn’t know how to stop chasing after his superficial desires.

Augustine decided it was time to take stock of himself. He looked inward, examining his own psyche. In doing so, he came to the conclusion that although he had been born with great talents and qualities, they had been usurped by “original sin.” He could not stop himself from wanting things that did not bring him any joy. Augustine decided that our human desires create problems for us and are often self-destructive, therefore we should not trust our own desires.

In his epic memoir Confessions—written late in his life—he gives us an example of his pointlessly self-destructive tendencies. He describes an event from his teenage years when he and some friends stole pears from a local orchard. They didn’t even eat the pears; they tossed them to some pigs. Augustine wrote that he did this nonsensical act simply because the act of stealing was a thrill. In his view, humans commit small crimes all the time, not for any reason except that we are born sinners. We not only sin; we enjoy the act of sinning.

As part of his self-reflection, Augustine observed that his own mind—and every human mind, he assumed—is much more powerful than we realize. The mind is capable of moments of perfection and transcendence, but it’s not our default mode. Each of us has an inner sense of goodness or holiness, and if we can just rise above our tendency to sin, we can reach up to touch that goodness. If we look beyond our own pathetic little human lives, we might find something holy. Essentially, Augustine was sensing that a higher power exists, and that it exists beyond the realm of human beings.

But Augustine was not yet ready to give up the belief that he could control his life. He began to reform his behavior, beginning with quitting his “men’s club,” the Manicheans. He decided that if he just worked harder, used stronger willpower, and made better decisions, his life would improve. But this turned out to be false. He soon realized that he had to return to his earlier insights—that humans are not capable of steering their own ships. As long as he believed that he was driving his own life and that his efforts could make or break his happiness, he was going to be unhappy.

Ultimately, Augustine commanded himself to deflate his own ego and recognize that God was in charge of his life. The final tipping point came when his friend told him about a group of uneducated monks in Egypt who renounced everything in order to serve God. He fell to his knees and wept, realizing that all he needed to do was say “no” to his petty human desires, which would open the door for much higher and more fulfilling pleasures. He heard a child’s voice speaking from the ether; the voice told him to “take up and read,” which he took to mean the Scriptures. He converted to Catholicism soon thereafter, realizing that his own human efforts and achievements would always leave him unsatisfied, and that the only route to joy was to surrender his own will to God’s will.

After his conversion, Augustine reunited with his mother, Monica, and they shared many beautiful moments of communion over their shared love of God. 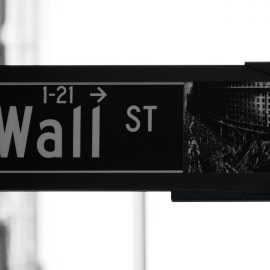 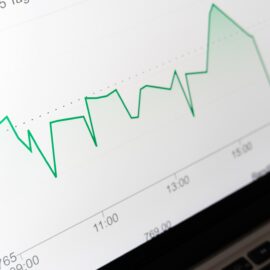 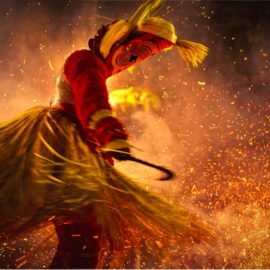