How do you tell if someone is trying to emotionally manipulate you? What are the signs of emotional manipulation you should watch out for?

In his book Games People Play, psychiatrist Eric Berne explains how to identify when a mind game is being played on you. He provides three steps for spotting mind games and discusses how you can break that game.

Here’s how to identify emotional manipulation, according to Berne.

How to Identify a Game

Berne writes that at his time, mostly destructive games were well-understood. People with more constructive games didn’t go to therapy, and there were still plenty of games that hadn’t been identified. He describes how to spot the signs of emotional manipulation—below, we’ve condensed and clarified his steps:

Step #1: Identify whether some social habit (yours or another’s) seems to fit the pattern of a game. Is there a concealed motive in play? Are the exchanges deceptive? Is there some dramatic ending, or a self-validating outcome?

Step #2: When you think you’ve found a game, test it by trying to break it. According to Berne, attempting to break a game pattern results in significant resistance. So if you notice substantial emotional resistance in you or the other person, you’ve likely found a game.

Step #3: If you want to better establish the pattern, look for more real-world examples of the same game. The more examples you find, the more evidence you have that the game really exists. Then, you can use Berne’s analytical framework to describe the game’s characteristics.

(Shortform note: Berne’s method here is fairly empirical: Find a pattern, test if it fits known characteristics of games, then gather evidence. But note that we’re all subject to patternicity, a cognitive bias where we tend to interpret information according to models we’ve already got in our heads. This tendency is widespread—for example, in Black Box Thinking, author Matthew Syed recounts an interaction between the philosopher Karl Popper and the psychologist Alfred Adler (theorizer of inferiority and superiority complexes): Popper states that Adler confidently applied his theories to a child he had never met. While the model may have fit, Syed argues that to honestly develop a theory, you have to look for where it falls short. That failure clarifies the limits of the theory, offering the opportunity to improve it. Otherwise, it remains stagnant.)

Once you’ve identified a game, there’s one real key to overcoming it. A game is a pattern, so you need an effective pattern-breaking maneuver.

In Berne’s language, this is the “antithesis” (we’ll call it the solution), and it’s essentially an intentional use of disruptive exchanges. Games are reciprocal—the players go back and forth along the expected path of the game. So if you disrupt that sequence, you can break off the game’s flow. Below we’ve identified the characteristics of an effective solution:

#1: An effective solution is tailored to the specific situation. Games are general patterns, but every specific situation is distinct. You need to create a disruption that fits the game and the person playing it. A direct call-out might work for someone less invested in their game, while Mr. Vesuvius might need a calm, patient pointing-out of his pattern.

Imagine you’re in a heated argument with your significant other when they suddenly pivot: “Hey, hold on. We’re getting nowhere like this, and I’d rather develop a compromise with you than fight. I’ll listen first—please go ahead.” Chances are, their rational mode would positively influence you, because…

#3: …An effective solution snaps the player back into their adult state, Berne suggests. Back in that rational state of mind, it’s easier to see that you’ve behaved unconstructively. Berne notes that many of his patients experienced sudden relief, even laughter, after he broke their patterns.

(Shortform note: Berne gives a fairly shallow explanation of some solutions, saying for multiple tough games, like “Alcoholic,” that people need “preparation” (he doesn’t explain this) before receiving his antithesis. Some criticize Berne for failing to flesh out his solution methodology. His solutions address one aspect of a problem—psychological blockages—but don’t handle others, like the various neurological damages that can affect behavior. For example, significant brain trauma can lead to poor anger-management skills later in life, and that’s a physiological issue that can’t be treated by T.A. alone.)

#4: An effective solution has finesse. Bluntly confronting people’s games isn’t often the most effective approach. Instead, try to thread the needle. People’s emotions can be volatile when they’re playing games, so you need to be precise and mindful of triggers—your own and others.

This is especially true if you’re trying to help someone else end a game. Remember that some games keep their players psychologically stable. Berne states that you need to adequately “prepare” these people, but he doesn’t say how to do so. He seems to mean that less stable people need gentle therapy that builds up toward the pattern-breaker.

Here are a couple of examples of pattern-breaking solutions:

“Schlemiel” is one of Berne’s chief examples. He describes the game and solution as follows:

(Shortform note: Note that the psychological community doesn’t recognize “Schlemiel” as a real psychopathology, and RationalWiki calls Berne’s classification of such games “arbitrary” and “lacking in empirical evidence.” While these are valid perspectives, we can still acknowledge Berne’s ideas as helpful without being watertight truth. In this sense T.A. is more a conceptual framework, and less a proven reality—and the same goes for Berne’s solutions.)

“See What You Made Me Do” is another of Berne’s games. Player A is solitary and prone to snapping, and the other players are his family members. Berne describes it like this:

(Shortform note: In this particular example, leaving Player A alone may lead to synaptic pruning: If he never uses that habit, the neurons may atrophy, and his behavior may actually change. But in most cases, Berne’s solutions don’t address the neural aspect of growth, like how substance abuse in young people can damage the brain’s myelin processes, making it harder to develop new habits (to be fair, neuroscience was young in the 1960s.) This is a major criticism of Berne: He didn’t develop a technique that created lasting change in the patient’s script or games. It’s possible the “script” metaphor had him thinking that you just need to rewrite childhood beliefs—but you can’t just “flip the script,” all in one go. Forming new habits, and changing your psychology, takes a long-term commitment to positive growth.)

Signs of Emotional Manipulation & How to Stop It 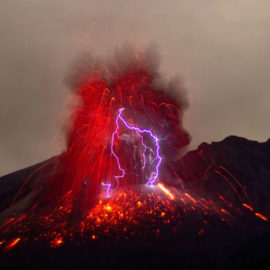 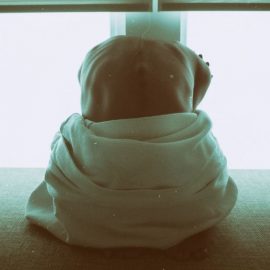