In times of conflict, it’s natural to look for someone to blame. But are people really the problem? How can you separate the people from the problem? And why should you?

In negotiation, or any conflict, it’s vital to separate the people from the problem. Use this guide to separate a person’s perceptions, emotions, and words from the real issue at hand, and learn how this can help you negotiate successfully.

Why Separate the People From the Problem?

In negotiations, it’s crucial that you separate the people from the problem. People are not the problem, and if you approach an issue as if they are, you likely won’t get anywhere.

Handling people sensitively and respectfully is a prerequisite for successful negotiation. Continually ask yourself whether you’re separating the people from the problem and learning to effectively deal with both.

Negotiators are always dealing with two issues: the substance of the negotiations and the relationship between the two sides. Both issues are important. For instance, a store owner wants to make a profit on a sale (substance), but also create a return customer by sending her away happy the first time (relationship). If he overcharges, he may make a profit, but he’ll damage his relationship with the customer and she may not return.

Most negotiations involve a long-term relationship that’s important to maintain. For instance, union members and bosses must be able to work together for a strong company bottom line and job stability. In some instances, the relationship may be more important than the immediate negotiated results. This is another good reason to separate the people from the problem.

Because the relationship involves people and their emotions, it gets intertwined with the substance of the negotiations. For example, you may think you’re simply pointing out a problem (“The warehouse is a mess”), but someone on the other side may take it as a personal attack or blaming. Or, when people hear comments on substance, they may infer something negative about the speaker’s attitude toward them. We often conflate problems and people without realizing we’re doing it. This is dangerous. If you don’t separate the people from the problem, you end up being offended (or offending someone else) rather than finding a mutually advantageous solution.

Positional bargaining tends to pit people against each other — someone’s tough position can be taken to mean she doesn’t care about the relationship or the other person.

However, dealing with differences of substance needn’t conflict with having a good relationship if the parties are committed to treating substance and relationship separately, each on its merits, and separating the people from the problem. For instance, deal with hurt feelings or anger directly rather than trying to appease the aggrieved person by making a concession on substance. Use psychological techniques, such as testing assumptions, educating, giving people an opportunity to vent, and improving communications.

Perception: Understanding the Other Side’s Thinking

When people or nations are in conflict, they usually focus on something concrete: an object (a disputed possession, for instance) or an event (like a car accident). They focus on getting more information about the item or occurrence, but the facts aren’t the problem — it’s the parties’ beliefs or perceptions about the facts. For instance, if one person lost a watch and another found it, they may agree on the facts or circumstances, but not on who should get it.  To sort out the problem, you need to first separate the people from the problem and sort out people’s differing perceptions.

See the issue through the other person’s eyes: How you see things depends on your vantage point. People see what they want to see, selecting facts that support their preconceived notions, and discarding contrary facts. The ability to see things from the other side’s perspective is a key negotiating skill. This is one way you can separate the people from the problem.

To be able to influence them, you must understand their view, not just in the abstract but empathetically. Make yourself withhold judgment while putting yourself in their shoes. You don’t need to agree with their view, just to understand it. If you do end up revising your own view as a result, that’s a plus because you’ve reduced the scope of your dispute.

Don’t make assumptions about the other side’s intentions. We often make assumptions about what other people intend based on our own biases and fears. For instance, consider the assumptions you’d make in this scenario: A man at a bar offers a woman a ride home, but he takes an unfamiliar route, which he says is a shortcut. Your likely assumption (based on your fears) is that he intends to harm her, but he could indeed be taking a shortcut that gets her home earlier than expected. When we interpret whatever the other side says or does negatively based on our existing perceptions, we overlook new ideas or changes the other side is making in their position.

Don’t blame the other person for a problem. Even if justified, blaming the other side is counterproductive. It provokes a counterattack or defensive response. It also means you’ve both stopped listening. To talk about a problem, describe the symptoms rather than assigning personal blame.

For example, if you’re having problems with a generator breaking down repeatedly, don’t say: “Your company makes shoddy equipment,” or “Your service people don’t know what they’re doing.” Instead, point out: “This is the third time this month that it’s broken down, and disrupted our business. What can we do to improve its reliability? Should we contact another company for a second opinion?”

Discuss each other’s perceptions: Explicitly discuss each other’s differing perceptions without blaming. If you know what issues the other side takes seriously, you know what issues you should also take seriously if you want to negotiate effectively. When a topic isn’t important to you, you typically brush it aside, but if it’s more important to the other side than you realize, it can impede an agreement. On the other hand, understanding and incorporating it into the discussion can facilitate agreement even if it’s not a central point.

For example, in negotiations with developing countries over ocean drilling rights, the U.S. treated the developing nations’ desire for access to new technology, which was critical for them, as unimportant. The U.S. agreed with transferring the technology, but felt the details could easily be worked out later and so, they set the topic aside. However, by prioritizing this interest, the U.S. could have built goodwill for the final agreement or gotten something else in return.

Prove their perceptions wrong. You can change people’s negative perceptions of you or your side by acting differently from the way they expect you to act. This is one way you can separate the people from the problem.

For example, in 1977 Egypt’s president, Anwar Sadat, flew to Israel’s disputed but symbolic capital, Jerusalem, to discuss peace initiatives. By acting as a potential partner rather than as an enemy (who would never make such a gesture), Sadat convinced Israel that he sincerely wanted to achieve peace. This helped open the way for a treaty two years later.

Involve the other side in the process so they have ownership of the outcome. A feeling of having participated in the process is a key factor in whether a negotiator accepts a proposal.

We all want to participate in decisions that affect us, but when trying to solve a thorny problem we often try to work out the details first, then present it to the other person. It’s a way of putting off the hard part and (we think) avoiding a long, messy debate.

Predictably, however, the other side is likely to reject our findings, even when acceptance would be in their interest, just because they were left out of the process. In negotiations, each time a side’s input is incorporated into a proposal, it increases their feeling of ownership.

Ensure they save face. The idea of face-saving has negative connotations, suggesting a pretense to make someone feel better. But in negotiations, face-saving means something different and more important. It means making an agreement consistent with the principles and past words and actions of the two sides.

People may hold out, although a proposal is acceptable to them, because they don’t want to appear to have backed down. But if the proposal can be reframed so it’s consistent with their principles or so that it seems fairer, they’ll accept it.

Here’s an example of reframing to save face: a mayor balked at accepting the terms of a negotiated agreement between the city and the Hispanic community over access to city jobs. The two sides agreed to drop the agreement, instead allowing the mayor to present the identical terms as his own program, thus fulfilling a campaign promise. The agreement itself hadn’t changed terms, but the different presentation allowed the mayor to save face and avoid looking like to constituents like he passively accepted a deal.

People come to negotiations with strong feelings: they know that much is at stake and they may already feel defensive or threatened. Emotions can create an impasse or end negotiations. Before you can separate the people from the problem, look at people’s emotions. Here are some ways to do that and keep impasses from happening:

To address these problems:

A better approach than addressing communication problems after the fact is to prevent communication missteps from happening in the first place. Take two key preventative steps:

If you first address the people in negotiation and acknowledge their humanity (and yours), it will be easier to separate the people from the problem. This is a key skill for successful negotiation.

Separate the People From the Problem: The Key to Negotiation 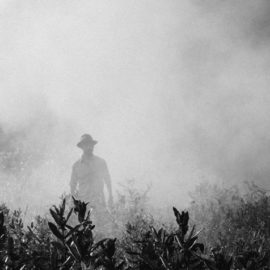 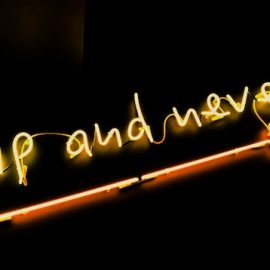 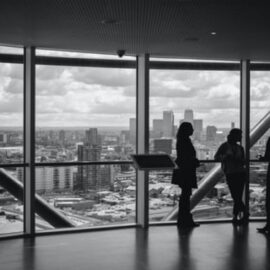 Use These Networking Strategies to Never Eat Alone