There are Radical Candor principles for each part of your role as a manager. Here, the principles apply to hiring, firing, and promoting.

As a boss, you’ll be heavily involved in making major decisions about the growth of your team and its members such as hiring onto your team, firing low performers, and promoting your reports into new roles. It’s essential to approach these decisions with radical candor to achieve positive outcomes.

Above all, hire with the needs of the entire team in mind. Do you have too many superstars, and not enough rock stars? Do you need a dose of innovation from a superstar? When you’re hiring, keep in mind that hiring is a subjective process—subjectivity can’t be fully eliminated, but there are a few ways that it can be managed.

Define your team’s culture. Come up with 3-4 words that describe your team’s culture, such as ambitious, straightforward, polite, blunt, big-picture, and so on. Interview specifically for that fit—this reduces personal bias in cases where you don’t love the person, but they’d be a great fit for your team. You could also include the growth trajectory you’d ideally like the person to have, so you interview toward that, rather than interviewing with your own goals and trajectory in mind.

Prescreen candidates blindly. To make sure you’re not unconsciously biased against certain applicants, set up a prescreening system where candidates can show you the work they’re capable of before you see who they are. For example, you could ask candidates to perform a task relevant to the work they’d be doing for you. This eliminates people who have a nice résumé but can’t back it up, and it gives opportunity to people with a mediocre résumé but great skill set.

(Shortform note: Read our summary of Blink to find out more about how unconscious bias affects hiring decisions, and how to get around it.)

Create a hiring committee. Having multiple perspectives on a candidate ensures that you’re not letting your bias get in the way of a good hiring decision. A good hiring committee has about four people, and it should be diverse. It might be off-putting for a woman to be interviewed by all men, or a person of color to be interviewed by an all-white committee. Additionally, at least one person should be from a different team than the one being hired onto. This prevents the committee from being tempted to make a decision just to fill an empty role on the team as quickly as possible.

Take casual moments into account. People are likely to reveal who they really are outside of the interview room. Take them out for lunch and observe how they talk to the waiter, or ask your receptionist for their opinion on the candidate.

Write down your thoughts. Write down your impressions immediately after the interview—this allows you to later recall the specifics of your discussion, or small signals that they would or wouldn’t be a good fit for your team. Your hiring committee can make better decisions when they rely on true impressions, not recalled impressions.

Make the decision together. Bring your hiring committee together to discuss candidates. Share everyone’s feedback about each candidate at the beginning of the meeting, and debate until you come to a mutual decision. If you, as the boss, put forth a preferred choice and no one objects, that should be your choice.

As with hiring, there will likely be a time in your career that you’re tasked with letting an employee go. This shouldn’t be an easy process, but neither should it be impossible. If your organization fires people easily, it’s likely that bad firing decisions are being made—which carries the risk of causing anxiety among your team members, who worry that they’re next. This will create a culture of fear, where people don’t try new ideas or take risks because a failure might get them booted. If your organization never fires anyone, it’s likely that there are underperformers dragging their whole team down—which carries the risk of high performers quitting out of frustration.

There are three Radical Candor principles for your firing process: don’t delay, ask for peer opinions, and demonstrate that you care personally.

Don’t delay. Too many bosses put off firing conversations to avoid the risk of discomfort and negative emotions. Sometimes, they put it off long enough to talk themselves out of the decision. Common excuses to put off firing include:

Ask for peer opinions. It’s easy to get lost in the emotions of firing someone—perhaps you’re acting unfairly out of anger, or acting too lenient out of fear. As noted in Chapter 5, before deciding to fire someone, you should ask a neutral third party if they think your decision is fair. If they agree with your decision, ask for help from peers, your boss, or HR to help you with your documentation so that your reasons for firing your employee are as clear as possible.

Demonstrate that you care personally. The trusting relationship you’ve built with this person shouldn’t disappear during the firing process. There are several ways to make it a more dignified process for them.

The most important one of the Radical Candor principles when it comes to promotion is that you must be sure that your promotions are fair—the best way to avoid unfairness or favoritism in promotions is to give up the power of being the only person making the decision. However, when you get your peers together to discuss promotions and align them with one another, things can take a negative or competitive turn—there are several ways you can keep promotion discussions productive.

Prepare for your meeting. Everyone on your team should send in a list of the employees they’re planning to promote and a justification for each. Read through their justifications, and come prepared with an opinion on each person listed.

Keep an eye on time management. Go through your junior positions first, as they should be the least time-consuming decisions, and then work up to your senior positions. Don’t let the debates go on too long, or you risk decisions being made out of boredom or frustration. If the choice seems obvious to you, call the decision yourself. Otherwise, ask that the discussion on that person be continued outside the meeting and revisited, then move on.

Plan to clear the air. You can only promote so many people, and everyone believes their candidate is the most deserving. Subsequently, these discussions can be difficult, emotionally-charged, and competitive. Plan an activity for the group after the meeting to calm down, such as taking a walk together to grab coffees, or a fun class like axe-throwing. 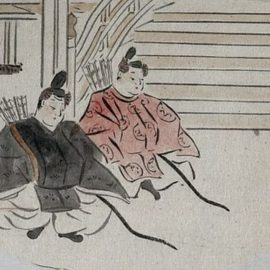