Is economic progress destroying the planet? How does the focus on economic growth deplete the planet’s resources?

Most economies are inherently extractive and wasteful. If we continue at this rate, it’s only a matter of time until we reach a point of no return. To prevent this from happening, we need a top-to-bottom redesign of our global economic order: away from an extractive economy and toward a regenerative economy.

Here’s why an economic revolution is in order, according to Kate Raworth.

Unchecked economic growth leads to more and more environmental degradation. This is because our economy is inherently depletive: It consumes energy and materials to make products, which are then used and discarded, creating waste. The resources used are not replaced.

(Shortform note: The evidence suggests that the problems of our wasteful economy are only getting worse. According to the World Bank, the planet is on pace to generate 70% more waste by 2050—more than doubling the projected growth rate of the population itself during that time. This makes sense, as waste generation is closely tied to levels of economic growth and disposable income—as the world gets richer and the global economy gets more productive, we’re generating more waste per person. This is the dark side of economic development, as governments around the world struggle to cope with the rising tide of waste and garbage—93% of which is openly dumped or burned.)

Raworth argues that companies need to shift their mindset and accept that their continued profitability depends on the survival of our environmental and social commons—a skilled workforce, clean air and water, and access to food, to name a few. If they take and take without replenishing or regenerating, there will be nothing left.

Standard environmental policy solutions like carbon-neutral or net-zero emissions targets are a good start, writes Raworth, but the regenerative economy can go even further. Beyond just doing no harm, companies need to do positive good—making replenishment a core component of the business model, mimicking the self-renewing processes of nature.

This means shifting toward a circular production model in which the biological and technological components of production are reused in the next cycle of production—breaking the linear “make, consume, discard” model. Raworth writes that doing so will keep our economy in the right part of the doughnut—eliminating environmental waste, while creating new jobs for people to steward and maintain this system of sustainable production.

Raworth writes that the shift toward a regenerative economy does not need to be anti-business—in fact, recovering used resources and recycling them for future production can be highly profitable. A major reason for this is the major cost savings on source materials—it would be far cheaper to regenerate existing materials than to extract new ones.

Using the Power of the State

Raworth writes that the regenerative economy requires harnessing the power of the state—having the government reward investment in people and renewable resources.

As we’ve seen Raworth argue, fiscal policies in most developed countries tax labor and reward automation, with labor subject to the payroll tax while robots are a tax-deductible capital investment. By the same token, she notes, governments levy comparatively little on the non-renewable, common resources like land, air, and water that corporations exploit for private gain. The effect has been to subsidize and incentivize industry toward a profit-maximizing, environment-destroying, labor-exploiting posture.

Instead, the state can be a partner, using its fiscal power and the fact that it does not need to earn a profit to make the needed environmental and social investments that the private sector can’t or won’t. 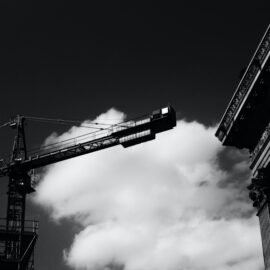