What is racial scapegoating? How does victim-blaming of the racial minorities contribute to reinforcement of the white supremacist ideology?

Racial scapegoating is the practice of singling out a racial group for unmerited blame and the ensuing punishment. In doing so, the dominant caste feels relief that they’re not at fault, reinforcing their forged status of superiority.

Keep reading for more about racial scapegoating and some of its historical examples.

What Is Racial Scapegoating?

During the era of slavery, plantation owners blamed the enslaved for bad crops and low yields. After the Confederates lost the Civil War, they blamed former slaves for their defeat. In the modern era, whites blame the subordinate caste for violent crime in America and a drug crisis affecting all of society. Because of racial scapegoating, the subordinate caste is imprisoned six times as often as the dominant caste for similar offenses. In addition, thousands of black Americans are serving time for possession of varying amounts of marijuana, which a faction of the dominant caste now legally profits from in the new era of legalized marijuana and CBD products.

The dominant caste is also prone to racial scapegoating of the subordinate caste for their lot in life. Affirmative action, a byproduct of the Civil Rights Movement to reduce implicit bias in hiring practices and university admissions, is seen as barring dominant caste members from opportunities. However, the black population is simply not large enough to fill every occupational or college admittance position available—as a result, white women actually benefit more from affirmative action than blacks.

When the lowest caste is scapegoated for dominant caste grievances, despite having the least amount of power, the real problems aren’t addressed. In reality, the dominant caste creates inequitable frameworks that affect all Americans. And while the wealthy continue benefiting from unjust laws, their caste counterparts fall behind and blame the subordinate caste for their lack of progress.

The Harm of Scapegoating

Racial scapegoating creates severe consequences for the entire society because the dominant caste develops a false sense of security by believing they know who is good and who is bad. The following examples highlight how this misguided security negatively affects society.

In 1989, Charles Stuart and his pregnant wife, Carol, were driving home to their Boston suburb after a birthing class. They were middle-class white Americans who’d risen above their blue-collar heritage. Charles took a route home that placed them in the heart of a poor, mostly black neighborhood. At a traffic light, someone shot both him and his wife at close range and robbed them. Charles survived the gunshot wound to his stomach, but Carol died from a shot to the head, and their prematurely born baby died two weeks later.

Charles said a black man in a jogging suit mugged and shot them. Members of the dominant caste believed this story because of the perpetuated narrative of random violent crimes by black people. Boston residents raged at the injustice, and the nation followed shortly after. News channels blasted Charles’s panicked 911 call across the airwaves, and a massive manhunt was set in motion by the Boston Police Department.

The police gathered up hundreds of black men and strip-searched them. They eventually arrested a 39-year-old unemployed black man with a record after Charles picked him out of a lineup. The country channeled their fear into support for Charles, Carol, and the baby, calling for the death penalty.

Any investigator paying attention would have noticed discrepancies in Charles’s story. Instead of going back to the hospital, Charles drove around aimlessly for 15 minutes. He claimed he didn’t recognize the area despite having lived in Boston his entire life. He asked the paramedics only about his injuries, and he’d also taken out life insurance policies on his healthy 30-year-old wife months before. When he collected on one policy shortly after the incident, he purchased a new car and an extravagant pair of diamond earrings for a coworker. Finally, friends stated that he’d mentioned not wanting the baby.

Still, the investigators continued to persecute the black man in custody. Their fixed beliefs that the subordinate caste was to blame for all manner of sins kept them from considering other alternatives. They only changed their perspective when Charles’s brother, Matthew, confessed to conspiring with Charles to scam the insurance company. He thought they were going to fake a robbery, not kill Carol. Charles jumped off a bridge after his guilt came out.

Although Charles committed the crime, the entire caste system was his accomplice. If Charles wasn’t secure in the knowledge that his story about the black mugger would be accepted without question, he might have acted differently. But he knew his story would provoke deep-seated resentments and outrage—and the racial scapegoating would’ve worked had his brother not come forward.

Despite the wave of hate crimes following the 2016 election, police in Austin, Texas were quick to blame a black man for his own death. One morning, a 39-year-old professional black man and father of a seven-year-old girl found a package on his front porch. When he picked it up, it exploded in his hands.

The police dismissed the crime as a homicide in favor of theories about the man’s culpability. They hypothesized that the explosion was gang- or drug-related. They posited that the man had made the bomb himself and accidentally detonated it. The police chief even announced that there was no evidence to suggest a crime had been committed, despite the lack of evidence that one hadn’t been, as well.

Ten days later, a black high school senior and violinist in the Austin Youth Orchestra was killed by a similar package. Within hours, another package exploded at a 75-year-old Latinx women’s house, critically injuring her. This third bombing finally set off alarms, and only then did investigators feel obligated to warn the public about strange packages. Still, they showed little urgency in their investigation.

Days later, two young white men in a wealthy part of the city were injured after walking into a tripwire attached to a bomb. Two days after that, a package exploded at a FedEx facility and another was found before it could detonate. The police finally jumped into action. Within 24 hours, they found a suspect. Michael Conditt was a 23-year-old unemployed white conservative Christian. When police surrounded his vehicle, he detonated a bomb in his car and died. The police chief apologized for his initial instinct to blame the first victim, but that did little to assuage the gross assumptions and misconduct by the department. The actions of the police exemplified that the loss of a black life was little cause for concern. Crimes against the black community become black problems, and this view puts all humans in jeopardy. 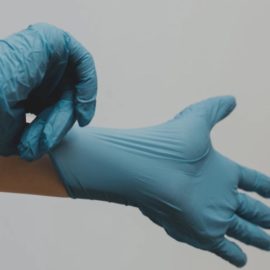 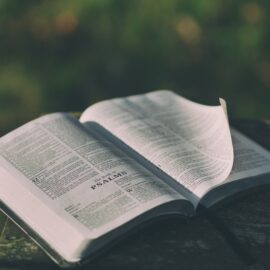 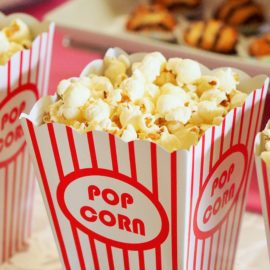 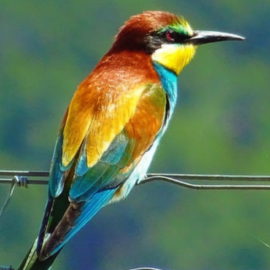