Parity is the notion that farmers must be paid on par with the cost of industrial goods and farm equipment. According to economist Henry Hazlitt, parity pricing hurts consumers and decreases national wealth.

In this article, we’ll take a look at how the parity pricing strategy works and why it can hurt the consumer.

Through exports and domestic sales, there is a steady demand for agricultural goods—but their prices and profits are not always as stable. During the Great Depression, the price of farm goods plummeted, but the cost of industrial goods and farm equipment decreased only slightly. As a result, farmers couldn’t make enough to buy industrial products, which shrunk the supply of farm goods, and limited supplies raised the cost of groceries. Meanwhile, many consumers had been laid off from their jobs and couldn’t afford higher-priced groceries and other farm products.

Parity pricing was enacted in order to prevent this vicious cycle from repeating in the future. Parity pricing establishes a price for farm goods that is equal to the cost of the industrial goods that a farmer must buy to produce those goods. The principle behind parity pricing is that agriculture is the most basic and necessary industry in a nation, and that its prosperity benefits everyone, thus it must be protected. The fallacy behind parity pricing is that when farmers get higher prices for their goods, they’ll be able to buy more industrial goods, which will support full employment. However, as we’ll discuss next, parity pricing raises the cost of farm goods, so that the industrial workers whose jobs are supported by the farmers’ supplemented income consequently face a higher cost of living.

The Consequences of Parity Pricing

The parity pricing strategy is yet another example of the government artificially altering the market. This is evident in the government’s various methods for raising the prices for farm goods, such as:

No matter the method, parity pricing has several ill effects. First, two of the methods listed above raise prices by reducing supply in order to increase demand—the government mandates that farmers produce less, or the government pays the farmers to hold some goods off market to limit the supply that’s available to sell. Although the farmer gets more money per bushel (or barrel, or whatever the measurement of a particular crop), a smaller supply of farm goods makes the nation poorer overall—in other words, reducing national wealth. Additionally, although the parity pricing pads farmers’ profits, it also limits their production and sales. This means that farmers sell fewer goods at a higher price, and their income does not increase.

Some people argue that parity pricing helps farmers to compensate for the ways they’re hurt by protective tariffs. Protective tariffs decrease imports for the farm-equipment industry in order to support American-made products—but, when foreign countries export less to the U.S., they also have less money to buy American farm exports.

There are a few problems with the suggestion that parity pricing repairs the damage done by tariffs. First, while the farmer benefits from parity pricing, consumers lose twice because they face higher prices for goods because of tariffs as well as for groceries because of parity pricing.

Second, it’s impossible to protect or subsidize every industry equally. If one industry is protected with a tariff, then another industry that’s negatively impacted needs protection by a subsidy, which creates a ripple effect of other industries that would be positively and negatively affected. There are too many overlapping consequences to put everyone on equal footing. The only solution is to abolish both tariffs and parity pricing. 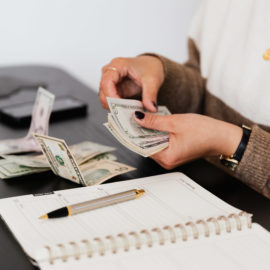