Who is the Orange Is the New Black warden? What is Piper’s opinion on the warden, and what does the warden actually do?

The Orange Is the New Black warden is the one who initiates Piper into prison life. Piper initially likes the warden and her presentation but learns that she actually does little to help the inmates.

Read more about the Orange Is the New Black warden.

The next day, Piper received her permanent, official uniform. But she was still not fully integrated into the Danbury ecosystem. As a new arrival, Piper was classified as “A&O” (admission and orientation). This meant that she was not yet eligible to be assigned to a permanent job, for which she could be paid (albeit at $0.14 per hour), until she was cleared to have one. This was yet another example of the maddeningly slow and inefficient bureaucracy, which seemed to be an inescapable feature of prison life. The slow-moving pace of events was called “prison time” by the inmates.

Piper headed to the orientation session with her fellow new inmates. These women were a mix of those who, like Piper, were experiencing the penal system for the first time, as well as recidivists who had been in and out of prison before. At orientation, they listened to a series of lectures from various prison officials, the goal of which was to familiarize the new arrivals with the rules and culture at Danbury. The on-staff psychiatrist was blunt in admitting to the women that he had no resources to provide comprehensive mental health services—all he could do was issue antipsychotic and antidepressant medications.

The final presenter was the female warden, Ms. Deboo, an attractive, put-together, and thoroughly professional woman. She used her speaking time to warn the new arrivals about sexual contact in prison and reminded the women that non-consensual sex was strictly prohibited. As she spoke, Piper realized she wasn’t talking about sexual contact between inmates; she was talking about unwanted advances from the guards. Clearly, the fact that Warden Deboo felt the need to give such a warning spoke to the abuses that were possible in an environment with such a stark power disparity between male guards and female inmates.

Piper was impressed by Orange is the New Black Warden Deboo, but other inmates saw through her polished presentation. They said that the warden was disingenuous, driven by ambition, and concerned primarily with appearances, assuring Piper that she rarely ventured into the prison to interact with inmates and staff.

Orange Is the New Black Warden Does Little to Help 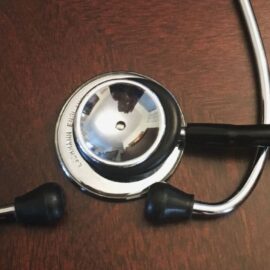