What does occupational licensing have to do with capitalism? Can having too many barriers to occupations harm the economy?

Milton Friedman theorizes that occupational licensing makes it hard for new people to enter a profession. It also can limit choice for consumers, especially since so many professions require some sort of license.

A license is a permit from a legal authority to engage in some specific economic activity. Licenses are backed up by force of law—if you don’t have the license, you cannot practice the trade and will be punished if you attempt to do so.

An astonishing range of professions in the United States require practitioners to obtain some sort of license in order to practice legally. Depending on the locality, every occupation from medicine to hairdressing to dog grooming mandates the acquisition of a license.

We encounter licensed professionals so frequently that we seldom question the wisdom or justice of such occupational licensing requirements. We generally assume that they exist to protect the public from incompetent or unqualified practitioners. But while this may be the stated purpose of such licensing regimes, this is rarely their effect.

Professional licensure serves to protect incumbent practitioners in the field by making it difficult and/or expensive for newcomers to enter the profession. One must often receive specialized training, complete apprenticeships, pass examinations, and receive the approval of an occupational licensing board (not coincidentally led by incumbent professionals in the field) in order to obtain the license.

All of these entail significant commitments of time, money, and energy. Facing such hurdles, many would-be professionals give up and choose to enter a different line of work. By keeping the number of professionals in a given field low, licensure enables incumbents to charge higher prices for their services.

This is why occupational licensing systems are so harmful to economic freedom. They deprive people of the right to use their talent and initiative in the field of their choosing, while robbing consumers of the range of choices that would otherwise be available to them.

Even the “public safety” rationale is insulting, as it paternalistically assumes that consumers lack the intelligence to make informed decisions about whom to pay for professional services. Far from being agents of public welfare, licensing boards are really the modern-day equivalent of medieval guilds—powerful trade associations that use their political clout to monopolize the sale of a good in a particular area and restricted entry into the trade.

Many of the criteria used to screen candidates for licensed practice have little relevance to public safety or best practices within the field. At the time of Capitalism and Freedom’s publication in 1962, anti-communist hysteria induced many occupational licensing boards to require candidates to swear that they were not, nor had they ever been, members of the Communist Party of the United States.

These boards required even veterinarians and barbers to take such oaths, even though the threat of communist subversion from such quarters was ridiculously low. Whatever one’s opinion of communism (and an evangelist for capitalism like Milton Friedman certainly had a low opinion of it), it had nothing to do with one’s ability to practice medicine on animals or cut hair.

Similarly, during the Great Depression, professional associations of doctors (chiefly the American Medical Association) pressured state governments to make it more difficult for foreign doctors to practice medicine in America. This was simple protectionism—domestic doctors feared that competition from medical professionals fleeing fascism in Germany, Italy, and Spain would give consumers too much choice.

But there was little basis for this other than naked self-interest. The human body is the same in every country. Although training may differ slightly from country to country, a doctor’s nationality in and of itself should not be a barrier to practicing medicine wherever she chooses to. 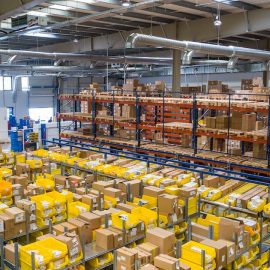 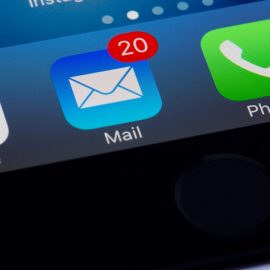 Why Is Big Tech Bad? The 5 Ways It Harms Society 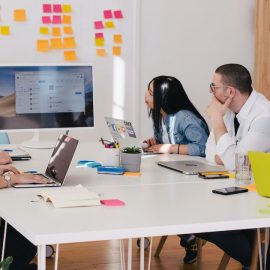