What was Obama’s role in the 2008 financial crisis? How did he respond to the crisis in his presidency?

For Obama, the 2008 financial crisis was one of the most important things that he wanted to address in his presidency. During the campaign, it became clear that John McCain wouldn’t be able to handle the crisis.

Read more about Obama, the 2008 financial crisis, and what happened during his presidency.

Obama, 2008, and the Beginning of the Financial Crisis

Shortly after the convention, real-world events would permanently alter the dynamic of the race. The 2008 election was already being waged in the context of two unpopular wars and the Bush administration’s failures in the wake of Hurricane Katrina. But in September, the 2008 financial crisis began in earnest, ushering in the years-long economic slump that would become known as the Great Recession. Obama recognized the 2008 financial crisis as a major test for the nation.

Lax lending standards in the mortgage industry combined with financial deregulation had helped to inflate a housing bubble in the 2000s. Unscrupulous mortgage underwriters had encouraged unqualified borrowers to take on far more mortgage debt than they could actually afford, with the promise that they could always refinance their mortgages or take advantage of (what appeared to be) constantly rising real estate prices to “flip” their houses and pay off their mortgages.

These underwriters then worked with big banks, who bundled these home loans to unqualified borrowers (now infamously known as subprime mortgages) into complex financial instruments like mortgage-backed securities (MBSs) and collateralized debt obligations (CDOs). Thanks to the combined incompetence and corruption of the private credit-ratings agencies, these highly risky and poorly understood financial products were given AAA investment ratings (the highest mark of credibility) and sold off to unwitting investors.

By 2008, these shaky financial products had spread like a contagion throughout much of the U.S. financial system, with major financial institutions, government regulators, and the press seemingly unaware of just how widely and systemically the risk had spread.

As long as the housing bubble stayed inflated and home prices kept rising, the deck of cards upon which the U.S. financial system was increasingly built could keep from collapsing. But when home prices started falling beginning in 2007 and into 2008, the default rate on subprime mortgages began to skyrocket—meaning that the once-valuable MBSs and CDOs were shedding value and plunging the financial system into collapse.

(Shortform note: For a more in-depth look at the 2008 financial crisis, explore our summary of Michael Lewis’s The Big Short.)

As Obama watched these extraordinary economic events unfold, he recognized that the epidemic of subprime defaults could trigger a full-on collapse of the banking system, leading to a run of bank failures and a credit crunch not seen since the Great Depression.

In September 2008, mere weeks after Barack accepted the nomination at the Democratic National Convention, financial giant Lehman Brothers collapsed. At $600 billion, it was (and remains) the largest bankruptcy filing in U.S. history.

The knock-on effects were severe. Businesses fearing a dry-up of credit began massively scaling back plans for investment and laying off workers. These layoffs triggered a collapse in demand in the consumer ecdeonomy, leading to even more layoffs across nearly every sector of the economy.

For Obama, it was a moment of revelation that revealed just how ailing the American economy was before the crash. The long-term problems wrought by skyrocketing income inequality, irresponsible financial deregulation, and deindustrialization had been laid bare.

He knew that, if elected, he would need to rally people behind a progressive, activist vision of government, in which the public sector would play the leading role in rebuilding the American middle class and restoring public confidence in the nation’s institutions. 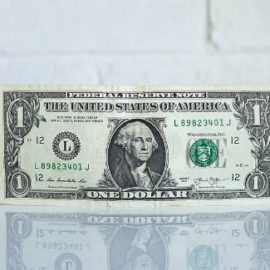 How to Get out of Credit Card Debt in 5 Steps

Capitalism Theory: How It Created a New System of Ethics