What is a good media bias example? How do nonverbal cues reveal news bias on television?

We’ll cover one news bias example in which newscasters’ nonverbal signals revealed how they really felt about the candidates during the 1984 presidential campaign. We’ll also look at how these unconscious facial expressions swayed viewer votes.

An experiment performed during the 1984 presidential campaign between Ronald Reagan and Walter Mondale revealed how news anchors’ slight facial expressions could bias viewers’ opinions and votes. Researchers gathered recordings of three news anchors’ faces while they reported on each of the two candidates. Then they played the clips for people on mute, and asked participants to use a 21-point scale to rate how positive or negative the anchors’ facial expressions looked. As we’ll see, this revealed news bias.

The first two anchors — Dan Rather on CBS and Tom Brokaw on NBC — scored right in the middle, meaning they had a neutral expression when talking about either candidate. The third anchor, Peter Jennings on ABC, scored about two points higher than neutral when reporting on Mondale and six points above neutral when talking about Reagan.

News Bias and the Viewer

News bias doesn’t just reveal something about the anchors; news bias biases the viewer, too. After the election, the researchers found that ABC viewers around the country voted in higher numbers for Reagan than CBS and NBC viewers. When asked about their preference, these pro-Reagan ABC viewers had no conscious recognition of Jennings’s subtle biased facial expressions; instead, viewers insisted they preferred Reagan’s policies. Researchers also found that ABC’s story selection was more hostile toward Reagan, meaning the nonverbal cues from Jennings’s facial expressions actually overpowered more explicit editorial bias.

Nonverbal communication includes hand gestures, facial expressions, tone of voice, eye contact, posture, cadence of speech, and body language. Nonverbal cues have a powerful impact on us, even when they are so subtle that we don’t notice them. Everyone engages in nonverbal communication, and the nonverbal messages you send reveal whether you agree or disagree with someone, if you’re making an effort to connect with them, or if you are totally disinterested. This is often how subtle news bias is communicated, but we all use the language of nonverbal communication. 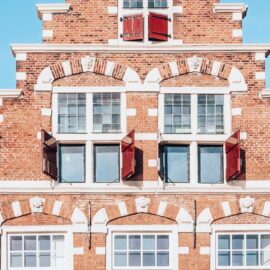 The Corrie ten Boom House: A Refuge for Jews 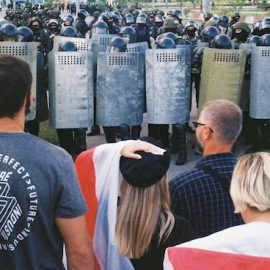