What is the Lindy effect? Why does the longer something has been around, the longer it will likely be around in the future?

Named after a deli in which actors are said to have casually invented the idea, the Lindy effect states that a nonperishable thing’s longevity is roughly equal to its current age. In other words, truly effective ideas, inventions, and institutions become less likely to die as time goes on. As Nicholas Taleb puts it, if something is “Lindy,” it “ages in reverse.”

In this article, we’ll explore the “Lindy effect” and show why, in the absence of the Lindy effect, false appearances slowly tear apart systems without skin in the game.

Skin in the Game and the Lindy Effect

The Lindy Effect is a principle that explains how systems with skin in the game self-correct and improve as time goes on.

As conceptual, nonperishable things like stories, companies, and religions age, they fall into two categories: they either get weaker or stronger. If a concept is fundamentally flawed, as time passes it is more likely to fail. Think of all the movies that succeed with huge box office numbers at release, but as years pass, no one watches them anymore.

On the other hand, if a concept is useful and/or effective, as time passes, the less likely it is to fail. Think of old classic movies like The Wizard of Oz and It’s a Wonderful Life that are still regularly watched today. As time goes by, the fact that people still value these movies attests to their lasting quality. Their old age actually makes them more likely to survive for even longer. This is the Lindy effect.

The Lindy effect functions through skin in the game. When people with skin in the game make efforts to minimize risk and loss, they eliminate whatever is ineffective. But if people are shielded from the consequences of their actions, ineffective or harmful ideas are indistinguishable from beneficial ideas.

Intellectualism Opposes Skin in the Game

It takes a long time for the Lindy effect to make things better, and it’s difficult to observe in action. On the other hand, it’s easy to see successful people working to make things better—leaders, entrepreneurs, inventors. Consequently, many people over-attribute human progress to skilled, gifted individuals instead of the systems that filter out failure and reward success. This is the foundation of the philosophy of Intellectualism.

“Intellectualism,” in the sense Taleb uses here, is the school of thought stating that rational humans have the capacity to replace skin in the game as judges and reliably distinguish good from bad. Consequently, intellectualists believe that systems should be designed by a select few instead of being allowed to evolve over time. Intellectualism overestimates the reliability of human intellect and underestimates the world’s complexity and unpredictability.

Intellectualists fail to see the Lindy effect at work and rarely acknowledge its existence. As a result, Taleb insists that institutions based on the Intellectualist ideology are destined to fail. 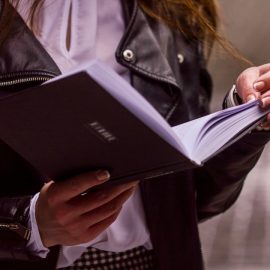 A Guide to the Good Life: The Ancient Art of Stoic Joy (Overview) 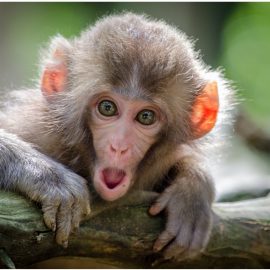