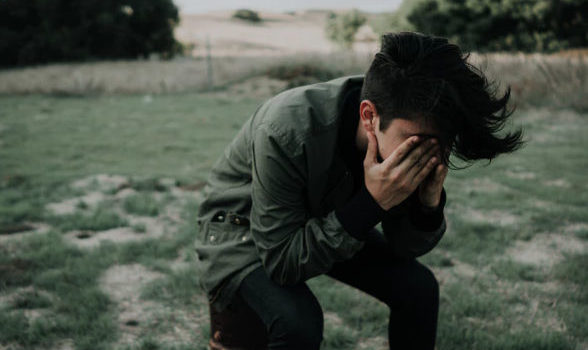 Is the world really getting worse? Are things really as bad as they seem?

What the Negativity Bias Is

The negativity bias is the tendency to believe that the world is bad and getting worse. You might fret about the looming threat of global warning, the frequency of terrorist and shooting attacks, and the ever-uncertain condition of the economy.

A factful worldview, however, demonstrates that this is not the case. Across a variety of standard of living measurements, the state of the world is better than it’s ever been.

Extreme poverty (Level 1) has halved over the past 20 years. This rate of progress is remarkable when you consider that nearly all of humanity lived this way for most of recorded history until very recently: a full 85 percent of the world’s population was at Level 1 in 1800, 50 percent did as recently as 1966 (well within the living memory of billions of people alive today).

Global average life expectancy has risen to 72: it was 30 at the dawn of the Industrial Revolution in 1800. This positive trend has been driven by another positive trend, namely the drastic decline in infant mortality.

Even today’s poorest Level 1 countries like Lesotho or Zambia enjoy a better standard of living than today’s Level 4 countries like Sweden or the United States did only a few generations ago. But our negativity bias doesn’t let us appreciate all these great improvements!

Some quick statistics show that the world is not the scary place we imagine it to be. Better international cooperation combined with stronger rulemaking and regulatory bodies have alleviated a great deal of human suffering. Let’s take a look at a few examples to see how safe the world has actually become and overcome negativity bias.

During the 1940s, Bangladesh was a poverty-stricken Level 1 country that suffered catastrophic droughts, flooding, and famine, resulting in 2 million deaths in that decade. But because of economic development, the country is now at Level 2. This has enabled it to invest in better government, civil institutions, and infrastructure. When the 2015 cyclone hit, the government had an efficient system to evacuate refugees from the flood zone and provide over 30,000 people with food (with an assist from the World Food Programme).

Plane crashes are a recurrent source of fear and negativity bias (and receive wall-to-wall media attention when they do happen). There were 2,100 deaths per billion passenger miles at the dawn of the Aviation Era in 1929-1933. Today, that figure is virtually zero: 99.999975 percent of commercial flights landed safely in 2016 (in other words, only 10 crashes out of 40 million flights). This is partially a result of better international cooperation: the 1944 Chicago Convention created rules around aviation safety and a common accident report so pilots, airlines, and governments could learn from crashes.

We all know war is terrible and the media often portrays a world engulfed in conflict. It’s true that warfare has been a constant since the dawn of human history (there’s never been a time where there wasn’t some armed conflict going on somewhere). But some historical context brings things into perspective. 65 million people died in World War Two. Contrast that with the Syrian Civil War, the bloodiest conflict going on today, whose death tolls pale in comparison with those from earlier conflicts. Even if its death toll reaches 200,000, that is a shadow of the figures from conflicts as recent as the Iran-Iraq War of the 1980s. Remember this: there were 2,013 combat deaths per million people in 1942, against 12 in 2016.

Now just might be the best time to be alive, in all of recordedhuman history.

Here are some of the bad trends that have declined steadily over time:

And as a corollary, check out these good trends that are on the rise:

Causes of the Negativity Bias

With things so clearly improving, why are we so prone to negativity? Why don’t we see the progress that’s happening all around us?

Negativity Bias Cause 1: Tendency to Drama

Fear was a useful thing for our ancestors, whose primitive circumstances really did make the world a scary and dangerous place (you could easily be killed by wild animals, suffer one bad harvest and starve, or be captured and imprisoned by warlike neighbors).

Like so many evolutionary instincts, this one is obsolete and leads us to form misconceptions about the world.

We are misinformed by nostalgia. We exalt the past as being a better time whose standards and values we’ve forsaken. And we usually attribute today’s problems to the abandonment of those values. But this is flatly wrong.

But this is flatly wrong. In fact, by most statistical measures, earlier historical periods were always worse than the present day. For example, India’s material standard of living (even in remote rural areas) increased greatly from the 1970s to the 1990s as the country progressed from Level 1 extreme poverty to Level 3 middle-income status. When the Swedish author Lasse Berg travelled to India in the 1990s, he showed the residents of a remote village pictures of their community during the 1970s. They were incredulous: how could the recent past, a time they thought they remembered so well, be so starkly different from the images in their heads? This is negativity bias at work.

Or consider ancient graveyards. For all our fascination with and admiration for these civilizations, antiquity was a pretty grim time to be alive: their graveyards display levels of infant and child mortality that would be unfathomable today.

Journalists, activists, and politicians are storytellers and they have a bias toward a dramatic and negative worldview. With the Internet, we have more access to information than ever. This makes us more aware of human suffering, causing us to think that it is pervasive and on the rise.

This is especially true in a 24-hour news cycle where consumers can instantaneously choose between a wide variety of media outlets and hyping fear and drama become the main bases for competition. Hence the attention on sudden, dramatic, and scary events like earthquakes, building collapses, terrorist attacks, and plane crashes.

Negativity Bias Cause 4: Overuse of Intuition

The final cause of negativity bias is the tendency to form conclusions based on our intuition or our gut, rather than using the reasoning powers of the human mind or the vast quantities of trustworthy data we have at our disposal.

This makes some sense. After all, we evolved from creatures whose survival instincts were based on intuition, quick judgements, and a reliance on what their eyes and ears told them. This benefited early humans who lived in relatively small, close-knit communities that consisted mostly of kin. They didn’t have to grapple with data. Thinking too much, in fact, could get you killed. So thinking via negativity bias made decisions faster.

As we’ll see with some of the other instincts, this mindset is totally unsuitable for the modern world. Today, you need data and analytical tools to make sense of the reams of information you have to process. You need more than just your gut to separate the signal from the noise.

Problems Arising from the Negativity Bias

The Negativity Bias can and does cause real harm.

We become more willing to embrace radical and urgent solutions to problems if we believe the world is in a dire state. These solutions tend to cause more harm than good, because no one bothers to think through their full ramifications.

The Negativity Bias also causes a loss of hope and an abandonment of efforts to improve things. If you think things are so bad, you’ll eventually start thinking that things are bad beyond redemption. You are simply overwhelmed by your mistaken ideas of how dire things are. Once you believe that, there’s no incentive to improve things, since they’ll never get better anyway. It’s a vicious cycle: misplaced negativity leads to apathy, which leads to more suffering, which leads to more apathy. This is a tragic loss, because there still is poverty and suffering that demands attention.

How do we avoid falling into a pessimistic (and false) view of the world? By managing our expectations about the news we read and bringing some nuance and perspective to our understanding.

Bad and Improving: Not Mutually Exclusive

Things can be both improving and still objectively bad. You’ll come to the wrong conclusions if you only look at a bad situation without considering the broader context.

Ask yourself: “Is this bad situation better than what it used to be? Is it bad compared to other examples of the same phenomenon? Is it improving?”

Think of a baby in the NICU. Obviously, any baby needing intensive care is terrible. And that baby is certainly in objectively poor health at any given point in time. This doesn’t mean, however, that the baby’s health isn’t better today than it was yesterday or the week before.

Price In the Bad News

It’s just reality: negative news is repeated and shared in the news media, while positive news isn’t. This is because bad news is a better fit for the dramatic worldview: it’s sudden and its consequences are felt immediately.
Good news, meanwhile, usually entails the gradual improvement of basic conditions over very long periods of time. Which do you think makes a better headline:: “Plane Crash Kills 300” or “Extreme Poverty Halves Over 20 Years”? 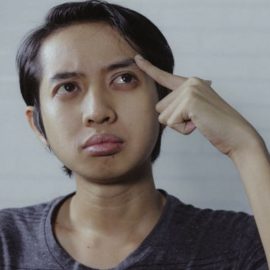 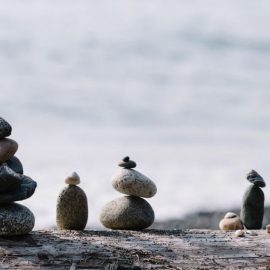 How to Live a Balanced Lifestyle for Body and Mind

What Does It Take to Be a Good Leader?

Know Your Purpose: How Purpose Helps You Thrive