There are many techniques that anybody with an agenda can use to manipulate statistics in their favor. In How to Lie With Statistics, Darrell Huff explains how liars can fudge the numbers and he gives examples of misleading statistics so you can learn how to avoid being manipulated.

Keep reading for misleading statistics examples and techniques that liars use.

Liars can pull or imply favorable numbers from existing data, without even having to change anything about the sample. Here are five techniques for fudging the numbers with misleading statistics examples:

The first technique is using the word “average” without specifying what kind of average a figure represents. Each kind is calculated differently and gives different information (and a different impression) about the data:

Average Type #1: Mean. This number is the result of adding up all the sample’s numbers and then dividing by the number of samples.

This is a useful average for liars to use because it allows them to:

Average Type #3: Mode. This is the number that appears most frequently in a data set.

Another number-fudging technique is to include a decimal to make a figure look more precise and therefore reputable. (For example, reading that most people sleep 7.84 hours a night sounds a lot more impressive than “about eight hours.”)

Liars can get decimals by doing calculations (for example, calculating the mean) on inexact figures that weren’t measured to the decimal point.

Like decimals, giving percentages instead of raw figures can make numbers look more precise and reputable than they really are. (Shortform example: If two out of three people prefer a certain cleaning product, this can be expressed as 33.333…%. The decimal adds precision and implies reputability.)

Liars can also combine percentages and averages while manipulating bases to mask the real data even more. For example, if milk has gone down from $2 a pint to $1, but bread has gone up from $1 to $2, liars can massage percentage math and choose different bases to prove the cost of living has gone up or down, depending on their agenda. To show costs went up, they can decide that last year’s prices were the base (100%). Milk’s price has halved (50%) and bread’s price has doubled (200%). The average of 50% and 200% is 125%, so prices have increased by 25% since last year.

To show costs went down, they can decide that this year is the base year (100%). With this base, milk used to cost 200% more and bread cost 50% less—you get the same average of 125%, but since the base is different, it shows a decrease of 25% since last year.

Technique #4: Using the Most Favorable Form

The fourth technique is to report numbers in whatever form most exaggerates or minimizes them; whichever will further a liar’s agenda. For example, return on sales, return on investment, and increase or decrease in profits are all ways of reporting how much money a company made. Most people won’t realize that each type of measure tells only part of the story. For example, if you buy a stock every morning for $99 and sell it in the afternoon for $100, you’re making only 1% on total sales, which doesn’t sound like a great return. However, over 30 days, you’re making 30% on total money invested—a much better-sounding prospect. 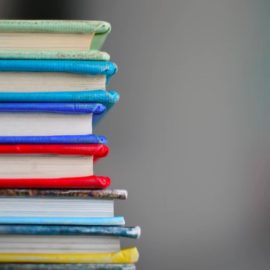